Manchester City and Olympique Marseille go head-to-head at the Etihad Stadium in the ultimate match of the UEFA Champions League group stage.

A goalless away draw with Porto on Matchday 5 did bring Manchester City’s 100% Champions League start to a halt (W4), though the ‘Sky Blues’ head into this encounter after conceding a tournament joint-fewest one goal in the group stage so far. Additionally, the Premier League giants have kept a clean sheet in each of their last four outings in all competitions (W3, D1). Although Pep Guardiola’s men cruised past Marseille 3-0 in the reverse fixture at the Stade Vélodrome on Matchday 2, it’s worth noting that a third of Guardiola’s Champions League defeats in charge of Manchester City have come at the hands of French opponents (3/9). In fact, that victory over Marseille earlier this season represents only City’s second win in six Champions League meetings with Ligue 1 clubs under the Spanish manager (W2, D1, L3).

Meanwhile, Marseille performed a second-half comeback to beat Olympiacos 2-1 at home on Matchday 5. But, both of Marseille’s goals scored in that match came from the spot, which means ‘Les Phocéens’ have yet to score from an open play in the Champions League this term. Furthermore, before that victory over Olympiacos, Andre Villas-Boas’ men had suffered 13 consecutive defeats in the Champions League. The ‘clean-sheet’ theme remains quite significant in the context of Marseille’s recent away results away from home, as each of their last six wins/losses on the road in all competitions has seen the victor shut out the loser. Also, the visitors have picked up only one win in their 12 previous away matches versus English opponents (D4, L7), with their last such triumph dating back to 2007. 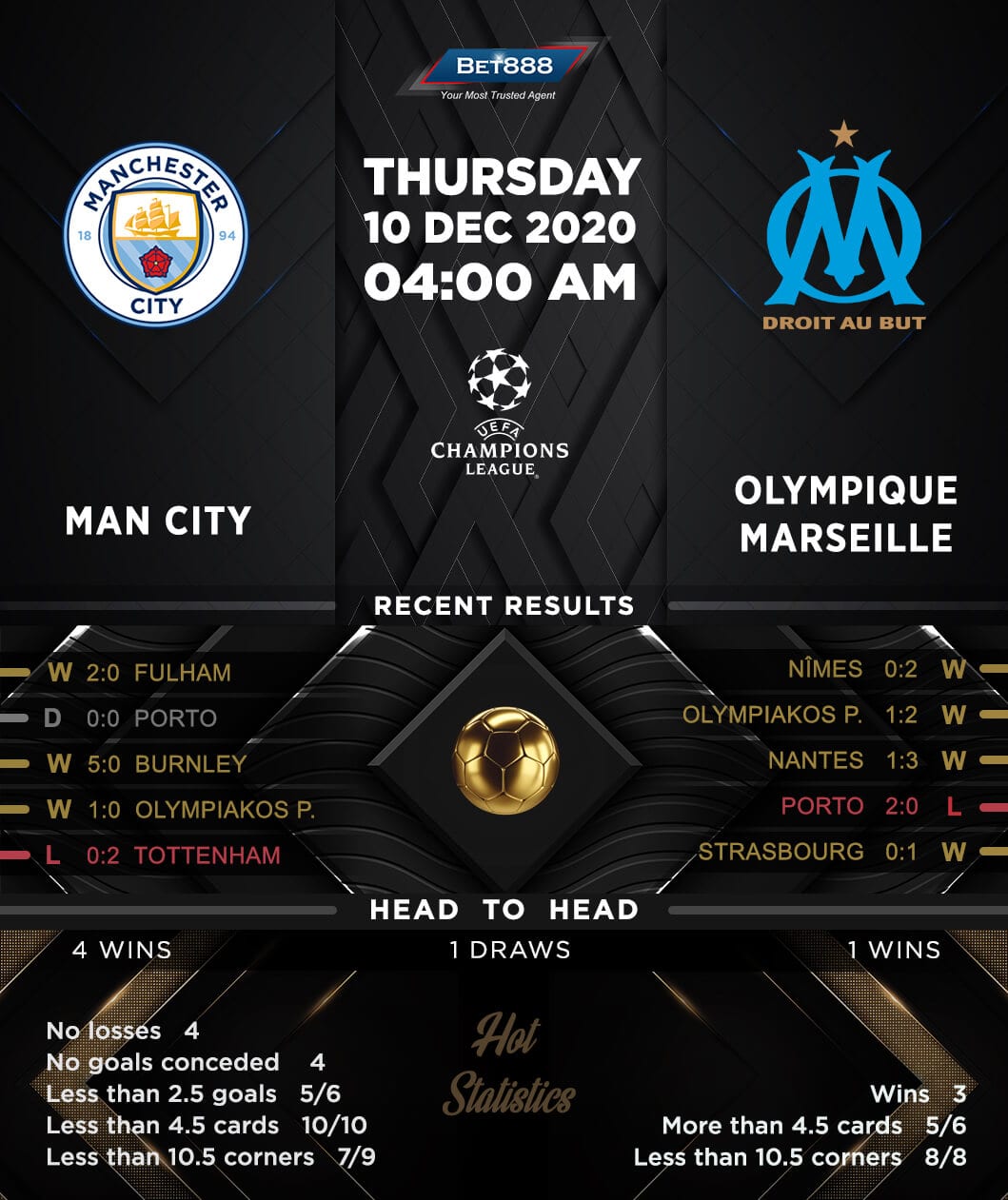