Manchester City are on the verge of breaking into their first UEFA Champions League final after securing a 2-1 win over Paris Saint-Germain in the first leg of their semi-final tie.

A victory in the French capital was Manchester City’s 50th in the Champions League and sixth in a row, as they enjoy their best-ever winning streak in the competition. The runaway Premier League leaders boast an almost perfect European record against PSG at the Etihad (W1, D1), keeping a clean sheet in both of their previous UEFA meetings at this venue. However, Pep Guardiola’s men have picked up just one triumph in their three UEFA semi-finals at home (D1, L1), suffering elimination in their only previous appearance in the Champions League last-four. Notably, though, Pep Guardiola’s men have racked up an intimidating 13-match undefeated streak in European home matches (W12, D1) since succumbing to a 2-1 loss to Lyon on Matchday 1 in 2018/19. That defeat also remains City’s lone reverse in European home fixtures against French visitors (W3, D1).

Meanwhile, Paris have managed to win just three of their last 11 meetings with Premier League clubs in major European competitions (D3, L5). Furthermore, the reigning Ligue 1 champions have a negative record against English sides in UEFA knock-out ties (W3, L4), losing their last such contest to Manchester United in the 2018/19 Champions League round of 16. Interestingly, though, PSG have come out victorious in both of their previous European visits to England, with each triumph coming at the expense of City’s cross-town rivals United. Pursuing their second consecutive appearance in the Champions League final, Mauricio Pochettino’s men head into this fixture after clocking up ten wins in their last 17 away matches in the competition (D2, L5). Before a 1-0 defeat to Bayern Munich in the 2019/20 final, PSG had scored in 34 consecutive Champions League outings, as has been the case in all 11 this season. 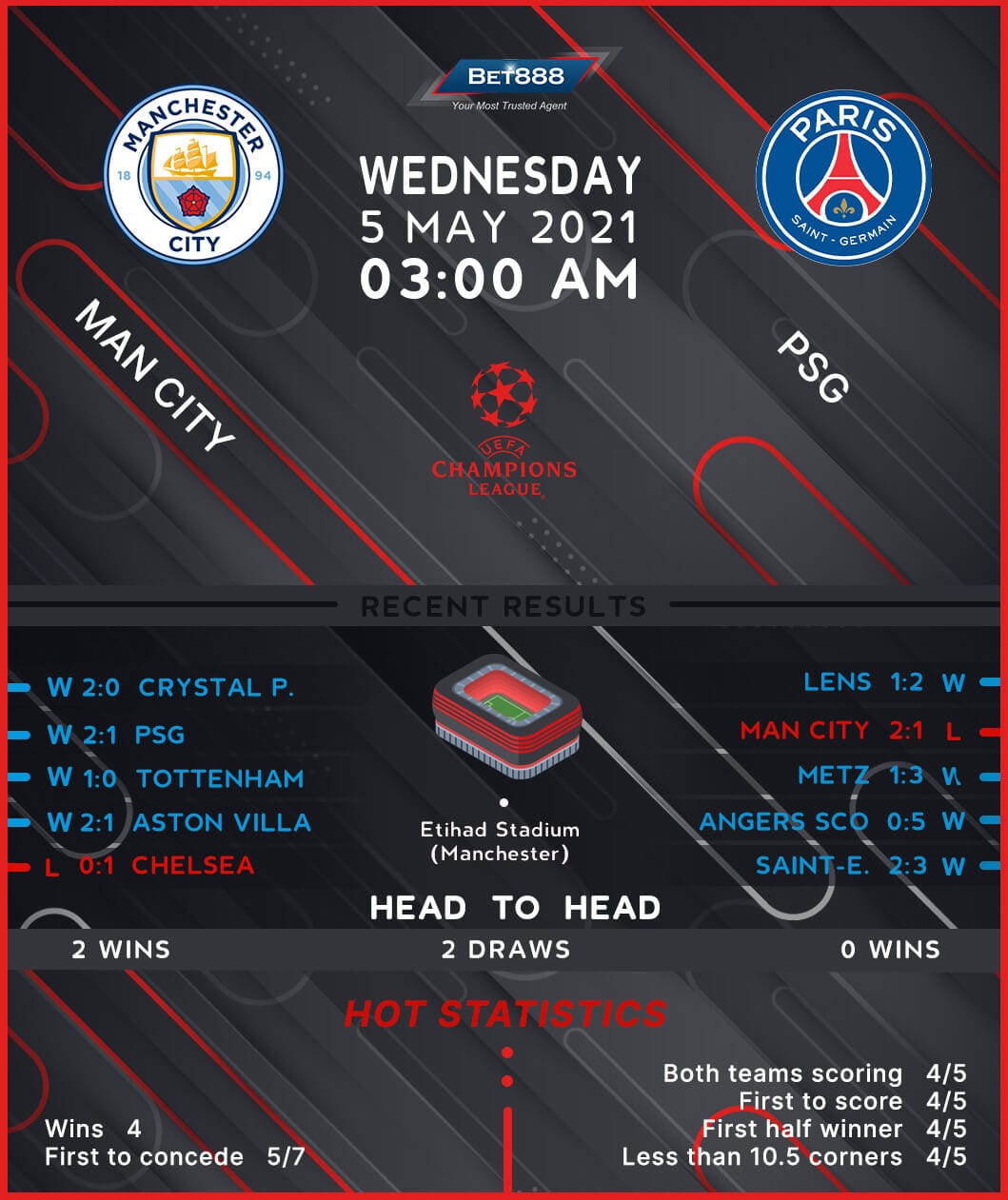