Manchester City have turned into a force to be reckoned with since losing 2-0 away at Tottenham Hotspur in late November, going unbeaten in 18 consecutive matches across all competitions since then (W15, D3), and winning the last 11! Ahead of the kick-off, Pep Guardiola’s men have won seven Premier League games in a row by an aggregate score of 18-1! Additionally, the ‘Sky Blues’ have not conceded a single goal in their last eight competitive home matches versus Sheffield United, though five of them have yielded the same 0-0 scoreline (W3). Remarkably, Manchester City have not lost any of their previous 32 home Premier League fixtures against teams entering the Matchday in the relegation territory (W28, D4), with their last defeat in such contests dating back to November 2008.

On the other hand, Sheffield United take the field after securing a sensational 2-1 away league win at Manchester United. Midweek’s success at Old Trafford was Sheffield’s first Premier League victory on the road this season after a dismal streak of nine away top-flight games without winning (D1, L8). But, for the ‘Blades,’ goals have been at a premium this season, as evidenced by the fact that they’ve netted only 0.6 goals on average per Premier League trip thus far. Chris Wilder’s hopes of seeing his side avoid defeat here will heavily hinge on whether they can prevent City from scoring the first goal – Sheffield United have lost 13 of the 14 Premier League matches in which they conceded the opener this season (D1). 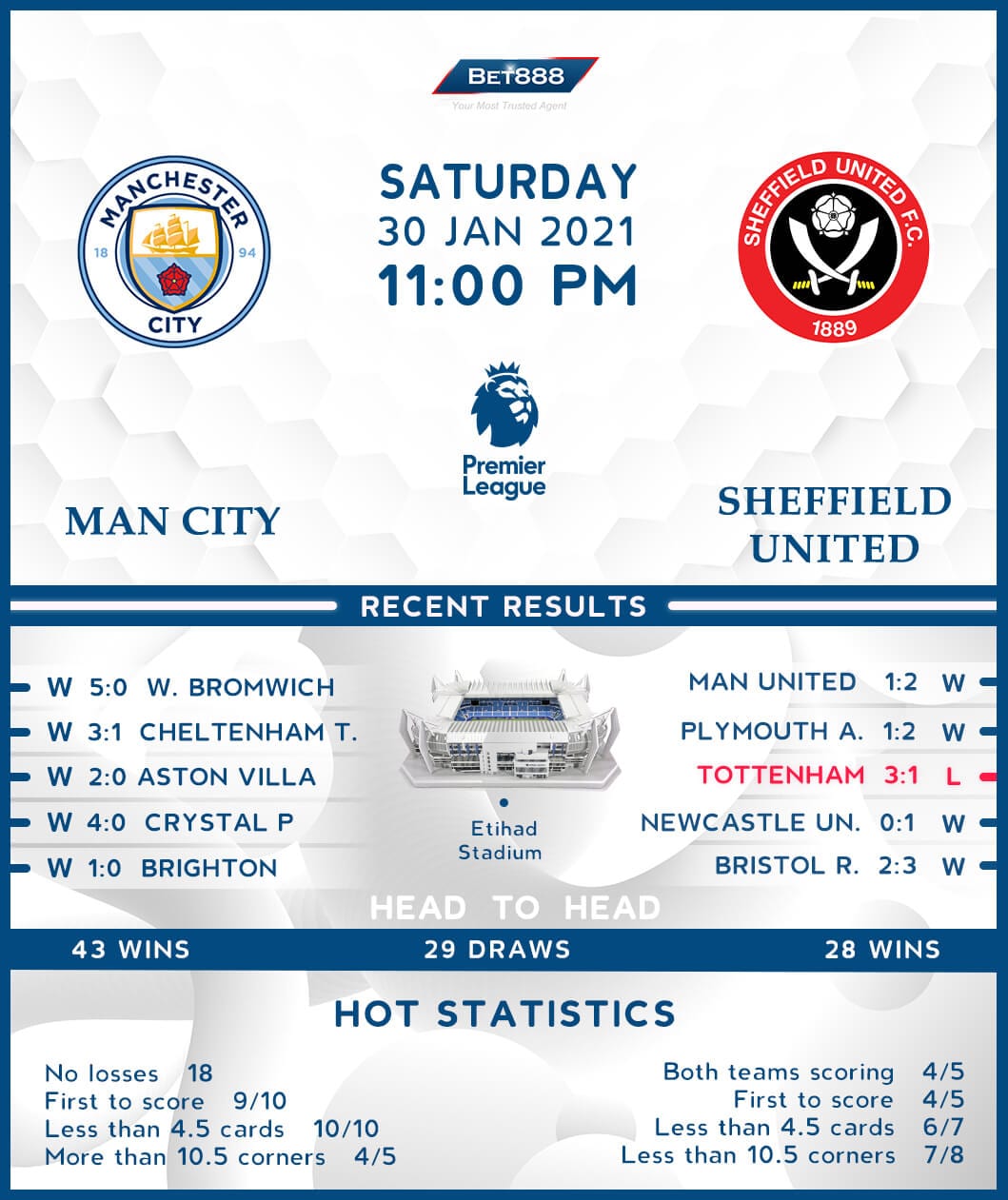