Manchester City and Southampton go head-to-head at the Etihad Stadium in an exciting Premier League showdown.

After being knocked down from a stunning 21-match winning streak in all competitions with a 2-0 home loss to Manchester United, Manchester City will be looking to return to winning ways against a side they’ve defeated in seven of their last eight Premier League meetings (L1). What’s more, the ‘Citizens’ have picked up eight victories in their previous nine top-flight H2Hs as hosts (D1) despite failing to keep a clean sheet in all but one of those encounters (GF:25, GA:9). It is worth noting that Pep Guardiola’s men have won each of their last 13 Premier League fixtures contested on Wednesday. Before losing to United, the runaway table-toppers had not fallen behind in 19 consecutive league outings. It was also the first time that they had conceded 2+ goals per Premier League match since a 2-0 defeat at Tottenham in November 2020.

Meanwhile, a comfortable 2-0 away win at Sheffield United last time out gave Southampton a first Premier League victory on the road after five consecutive losses. Furthermore, before beating rock-bottom ‘Blades,’ Ralph Hasenhüttl’s men had gone winless in nine league fixtures on the bounce (D1, L8). A lack of execution capacity has seen the ‘Saints’ draw a blank in five of their last seven top-flight trips, as they continue to lament a disappointing average of 1.14 goals scored per Premier League away game this term. At the other end of the pitch, Southampton (28) have conceded more away league goals than any other team so far. Encouragingly, however, the visitors have won both of their Premier League clashes against the sides starting the day at the top of the table this campaign. 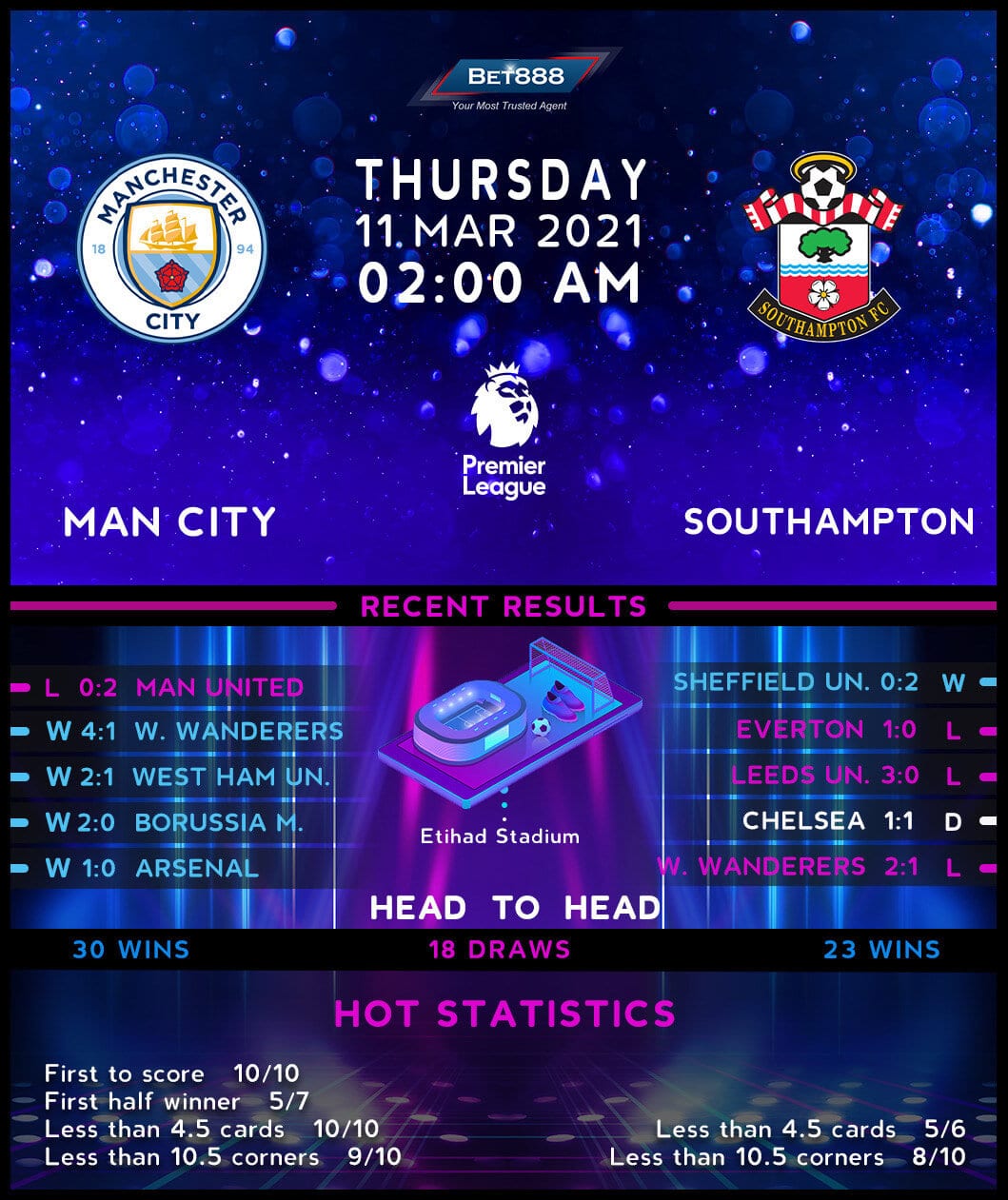