Arguably one of the most exciting fixtures on the Premier League football schedule sees Manchester City entertain Tottenham Hotspur at the Etihad Stadium.

A 2-0 defeat at Tottenham in the reverse fixture served as a wake-up call for Manchester City, who have since gone unbeaten in a whopping 22 matches in all competitions (W19, D3). In fact, Pep Guardiola’s men have won each of their 15 competitive games ahead of the kick-off, keeping a clean sheet on ten occasions in that run! In the Premier League alone, the ‘Sky Blues’ have racked up a stunning 14-game unbeaten run (W12, D2) since the abovementioned loss at the Tottenham Hotspur Stadium, winning the last ten league games in a row! Winning the first half could be focal to another success, as the runaway Premier League leaders have won 92.86% of the top-flight matches in which they’ve been leading at half-time this season (13/14)! Quick out of the blocks, City have netted the division-high 14 first-half goals at home this campaign!

Meanwhile, a 2-0 home victory against relegation-threatened West Brom last time out saw Tottenham bring a three-game losing Premier League streak to an end. However, after winning just two of their previous six league matches (D1, L3), the ‘Spurs’ have fallen to eighth and are currently trailing fourth-placed Liverpool by four points. The visitors can’t find much comfort in their recent away form, given they’ve claimed just one triumph in their last seven Premier League trips (D3, L2), scoring under 1.5 goals on five occasions in that period. Yet, Jose Mourinho has won four of his previous seven matches against Guardiola (D1, L2), showing Tottenham can make a strong case versus an unstoppable Manchester City side. Another noteworthy fact is that they’ve conceded a league third-low four first-half goals away from home this term. 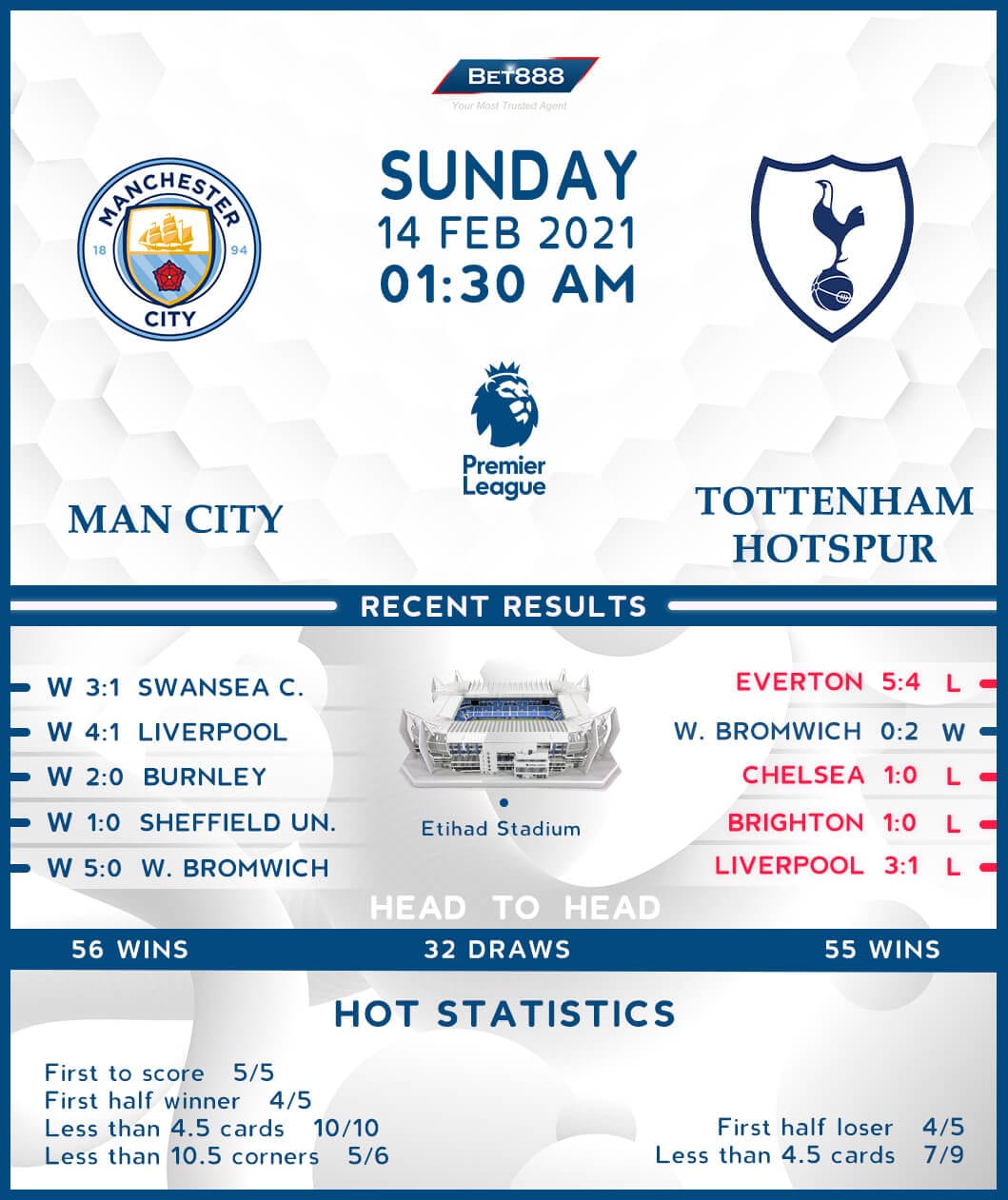