Etihad Stadium is the venue as Manchester City and Tottenham Hotspur go head-to-head in a mouth-watering Premier League showdown.

Manchester City brushed aside Sporting Lisbon 5-0 in the first leg of their Champions League last-16 tie in midweek, becoming the first side to reach a 200-goal figure in the competition’s history. The ‘Cityzens’ will take the field in high spirits after taking their unbeaten run in all competitions to 13 matches (W12, D1), which includes a scintillating 4-0 romping of Norwich City last time out. Moreover, since a 2-0 defeat to Crystal Palace in late October, Pep Guardiola’s men have won ten consecutive home victories in all competitions, six of which yielded a 2+ goal margin. However, it’s worth noting that Man City have lost three of their last four Premier League meetings with Tottenham (L1), including a 1-0 defeat in the reverse fixture on the opening weekend.

Keen to complete their first league double over the reigning top-flight champions for the first time since 1986/86, Tottenham head into proceedings amid a rough patch. After going unbeaten in Antonio Conte’s first nine Premier League matches in charge (W6, D3), ‘Spurs’ have lost each of their last three outings in a row, drawing a blank twice in the process. The Londoners have conceded seven goals across those three defeats, one more than they had in Conte’s first nine top-flight games at the helm. Topically, they have shipped 2+ goals in each of their last four Premier League fixtures, their longest such streak in the competition since a run of six between April and May 2003. Tottenham’s indifferent six-game away form in the Premier League (W2, D2, L2) further undermines their ambition to upset Man City here. 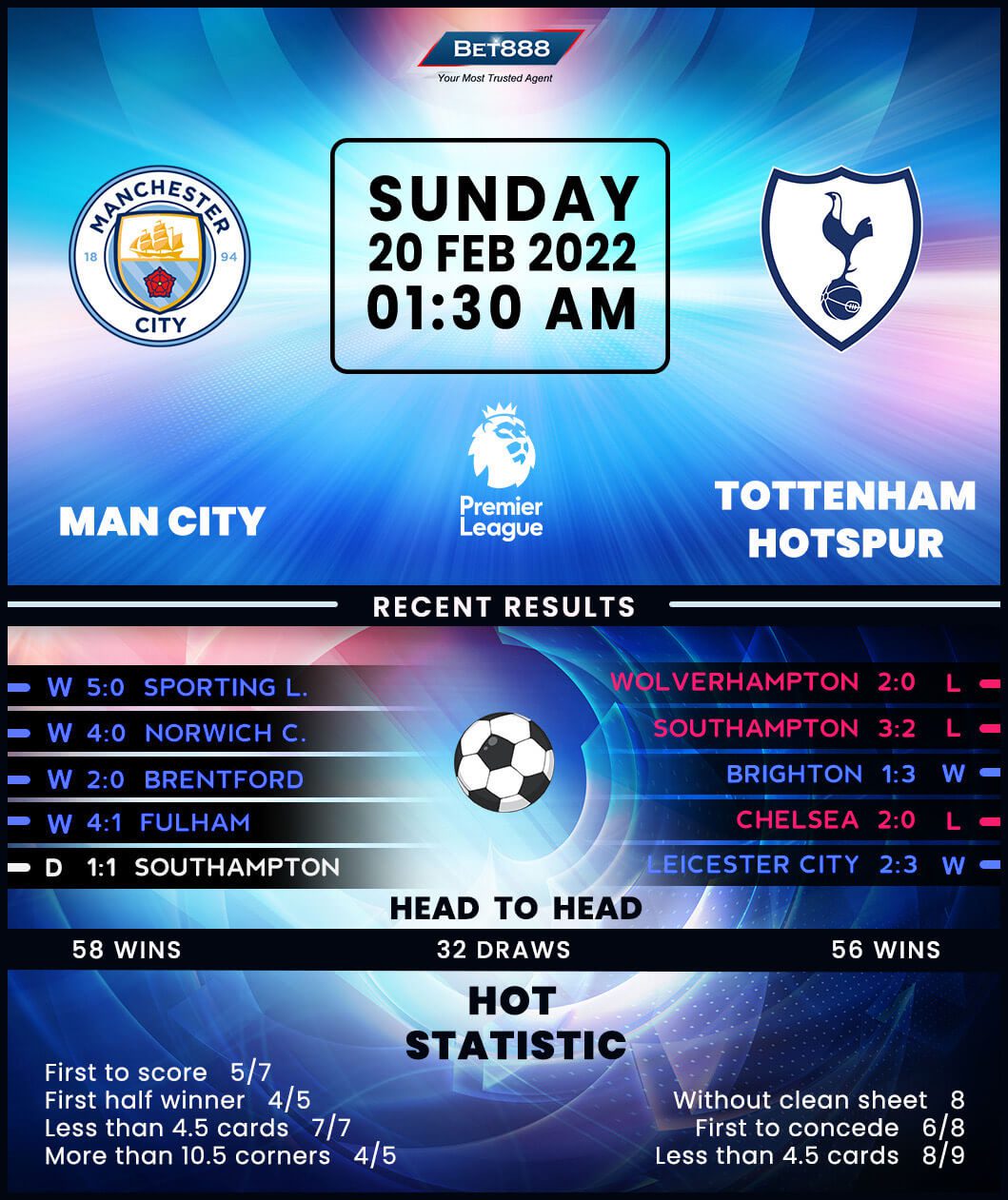