Manchester City dismantled mid-table Brighton & Hove Albion 3-0 at home in midweek Premier League action, taking their unbeaten league streak to six matches (W4, D2). However, with second-placed Liverpool trailing by a single point, Pep Guardiola’s men have to maintain their eye-catching Premier League record against sides starting the matchday in the relegation zone, having won 15 of their last 16 such fixtures (D1). The ‘Cityzens’ could not have asked for a better opponent to make it happen, as they’ve won 14 consecutive matches against Watford across all competitions. Furthermore, Man City have defeated the ‘Hornets’ in 11 of their last 12 competitive home H2Hs, including an overwhelming 8-0 triumph in their most rencet Premier League encounter at the Etihad. Guardiola himself has won all ten competitive matches against Watford as a manager by an aggregate score of 42-4.

As for visiting Watford, a run of three successive Premier League defeats has derailed their survival hopes, leaving them seven points adrift of safety. Roy Hodgson’s men have lost five of their last six league outings (W1), failing to get on the scoresheet in three of them. Indeed, the ‘Hornets’ have suffered a league-high 22 defeats this Premier League campaign, their worst such tally since 1999/2000. Conceding first would likely lead to another upset, with Watford losing nine out of 11 top-flight away matches when shipping the opening goal this term (W1, D1). Scoring could be an issue, though, as they’ve drawn a blank in three of their last four Premier League away games. Moreover, they’ve only won a single point in their 13 Premier League away meetings with reigning champions (D1, L12). 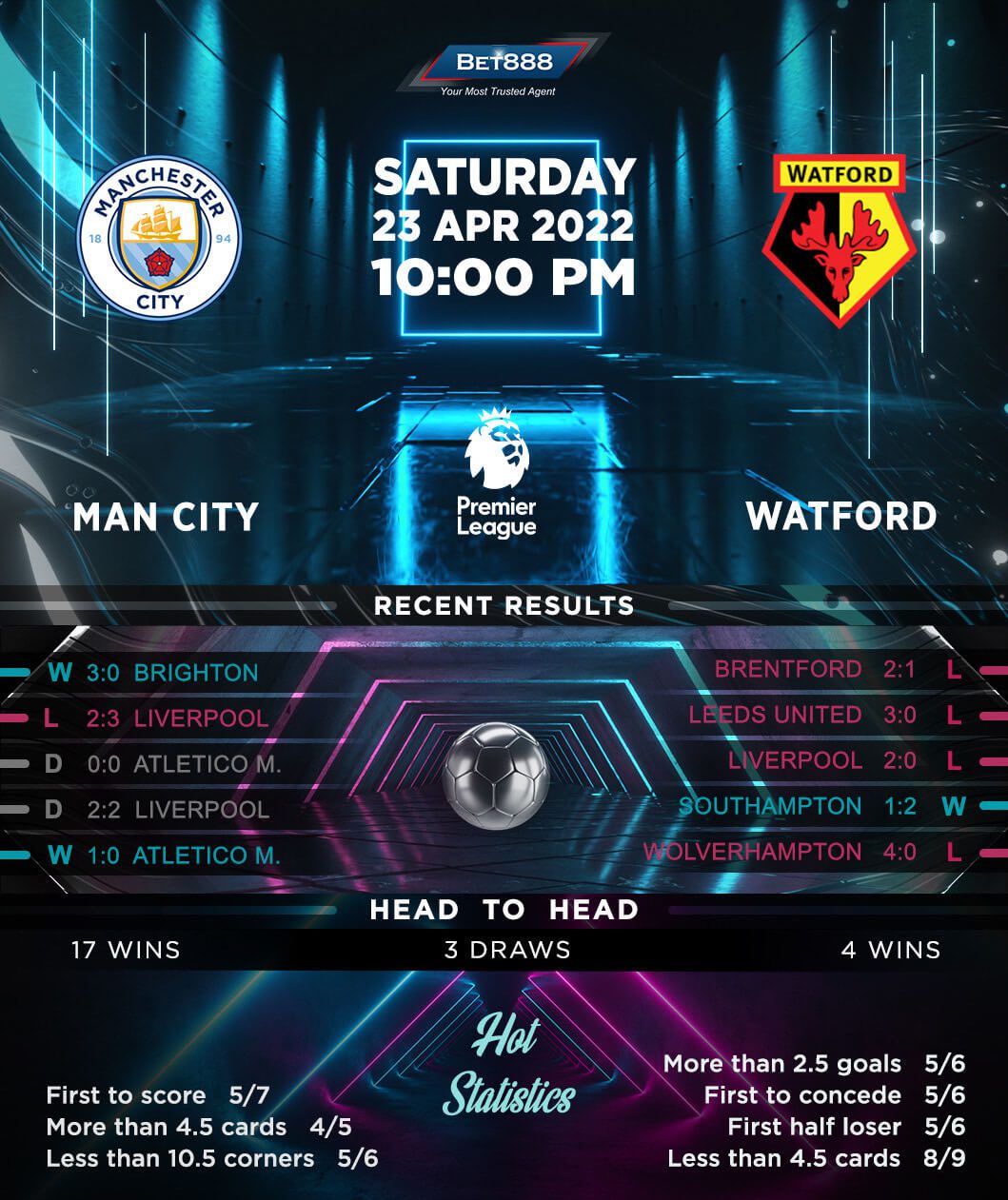