Manchester City and West Bromwich Albion go head-to-head at the Etihad Stadium in a potentially high-scoring Premier League affair. Indeed, each of their 11 previous competitive H2Hs has featured over 2.5 goals.

Manchester City have gone unbeaten in three Premier League games (W2, D2) since losing 2-0 to Tottenham, though they come into this encounter on the back of a goalless draw with Manchester United. Notably, the hosts kept a clean sheet in each match during that abovementioned run, which has also been the case in three of their last four home Premier League fixtures. Unsurprisingly, the majority (64.71%) of City’s top-flight goals scored this season has come at home (11/17), with Pep Guardiola’s men finding the net before half-time in each of their opening five home league outings. Manchester City must be confident of landing another victory as they take on a side they’ve outplayed in nine consecutive Premier League H2Hs as hosts. Seven of those nine triumphs came by at least a two-goal margin!

Meanwhile, a 2-1 away defeat to Newcastle United at the weekend now means WBA have lost five of their last six Premier League fixtures (W1), with four of those results (win/loss) yielding a single-goal margin. Additionally, the ‘Baggies’ enter this round as one of just two sides yet to pick up a league win away from home this season, having lost five of six top-flight matches on the road so far (D1). Slaven Bilic’s men have also been dealing with huge attacking issues lately, netting under 1.5 goals in each of their five previous away league games. Indeed, they have scored a league joint-low one first-half goal on the road so far while conceding a division joint-high seven in that same timeframe. In turn, WBA have drawn a blank in five of their last nine Premier League trips to Manchester City, scoring precisely once per game in the other four. 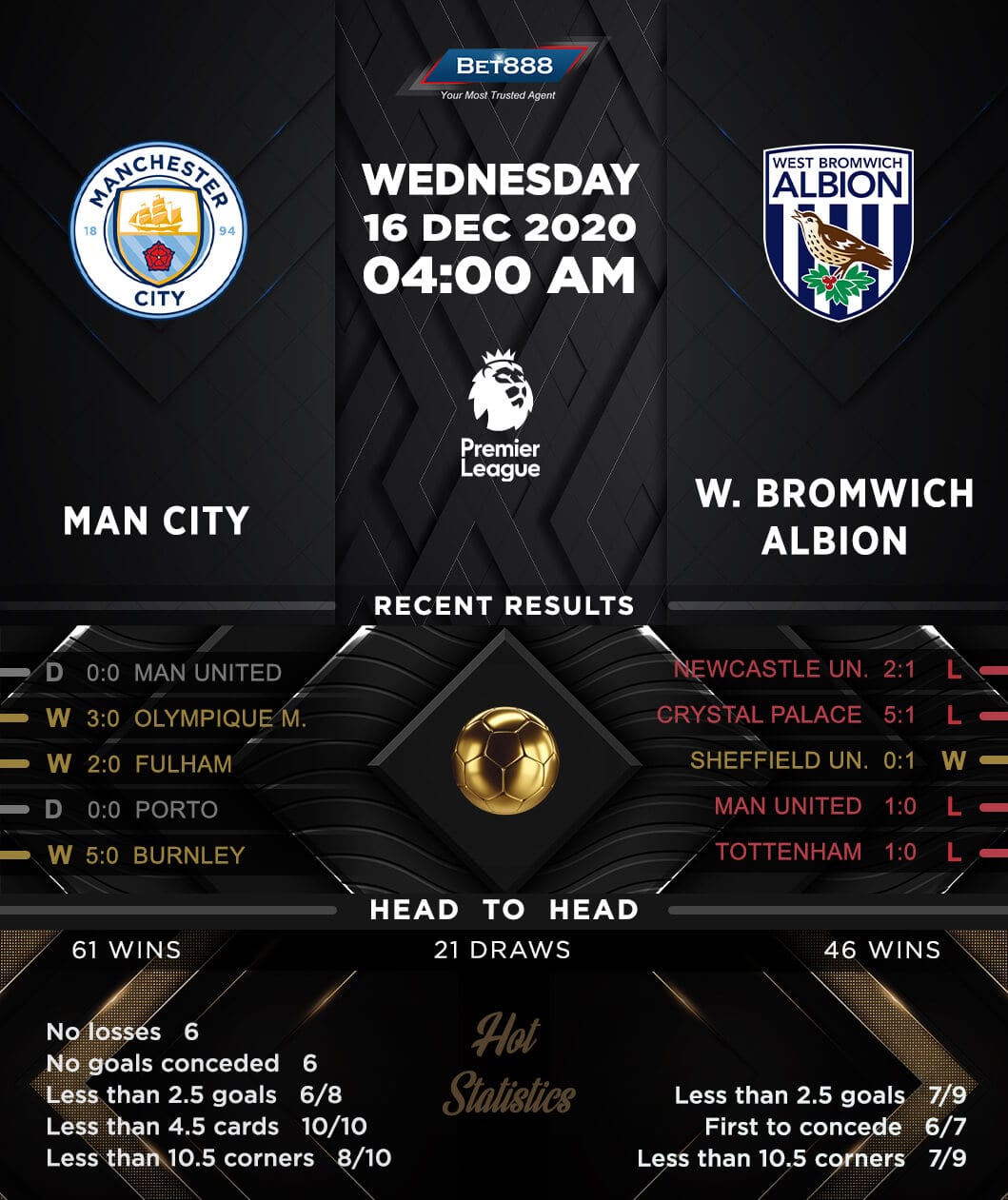