A 2-0 away win against Borussia Monchengladbach in the UEFA Champions League midweek saw Manchester City stretch their winning streak in all competitions to 19 games. In the Premier League alone, Pep Guardiola’s men have racked up 13 consecutive victories, building a ten-point lead on the chasing pack in the process. The Spaniard’s massive investments in his backline have paid off a great deal, as the ‘Sky Blues’ enter the round as the Premier League’s best defense (15 goals conceded), keeping a clean sheet in a league-high 60% of their fixtures this season. At home, Manchester City are unbeaten in 15 matches in all competitions (W13, D2), winning the last seven by an aggregate score of 16-0. Furthermore, the runaway Premier League leaders have won ten of their previous 11 top-flight H2Hs as hosts (L1), scoring over 1.5 goals in all but two of those meetings.

Meanwhile, West Ham have gone unbeaten in four Premier League games on the bounce (W3, D1) since losing 3-1 to Liverpool at home on Matchday 21, a sequence that sees them climb to fourth in the standings. Additionally, the ‘Hammers’ have not lost any of their last five away league fixtures (W3, D2), registering a shutout three times in the process. In fact, only four sides have shipped fewer away goals in the Premier League this season than West Ham (14). At the other end of the pitch, the visitors have managed an average of 1.5 goals per league trip, registering a clear majority (61.11%) of their total Premier League goals scored on the road in the second half of play (11/18). Notably, David Moyes’ men have only failed to score once in nine Premier League matches since the calendar flipped to 2021, netting 2+ goals on six occasions. 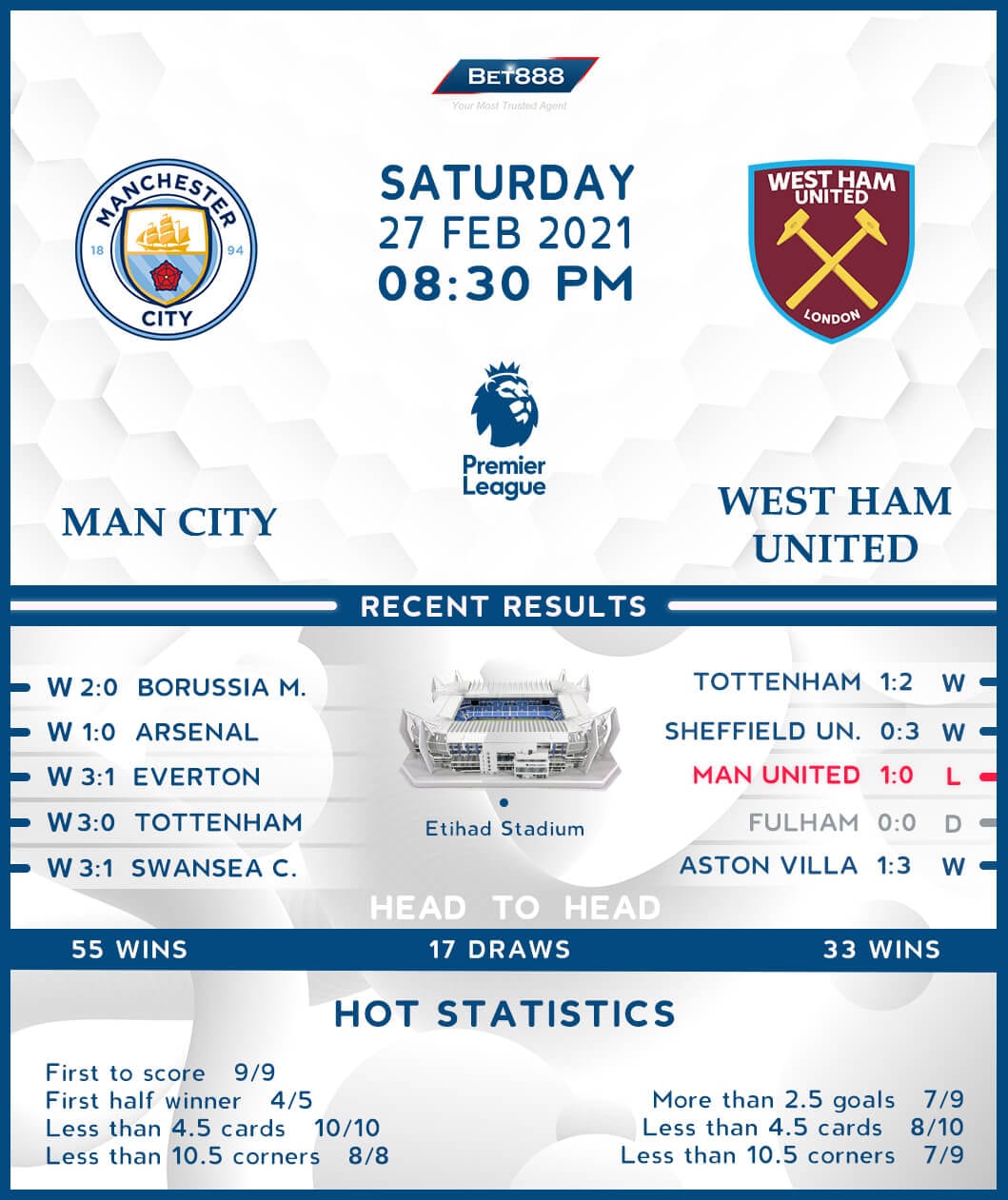