Manchester City head into this fixture in the midst of a purple patch, having won 20 consecutive matches in all competitions, including the last 14 in the Premier League. Ahead of the kick-off, the ‘Sky Blues’ have racked up seven home league victories in succession, keeping a clean sheet on six occasions in that run. Before succumbing to a 2-0 reverse in their last season’s Premier League home meeting with Wolves, Manchester City had won three of their previous top-flight encounters at the Etihad by an aggregate score of 10-4. Winning the first half would pave the way for another success, as the runaway Premier League leaders have won a league-high 93.75% of the matches in which they were leading at half-time this season (GP16 – W15, D1).

Meanwhile, Wolves have gone unbeaten in five Premier League matches on the bounce (W3, D2) since suffering a 1-0 loss at Crystal Palace on Matchday 21. However, the ‘Wanderers’ continue to struggle in front of goal, having managed a humble average of 1.03 goals scored per Premier League fixture. Indeed, only two teams resting outside the relegation zone have netted fewer away goals than Wolverhampton (12) this term, with Nuno Espirito Santo’s men scoring over 1.5 goals in only 30.77% of their Premier League trips thus far. What’s more, slow-starting Wolves have conceded first in a division joint-high 69.23% of their away games this Premier League campaign, moving on to lose two-thirds of such contests (GP9 – W1, D1, L6). In fact, they have lost five of the seven league matches in which they were trailing at the break (W1, D1). 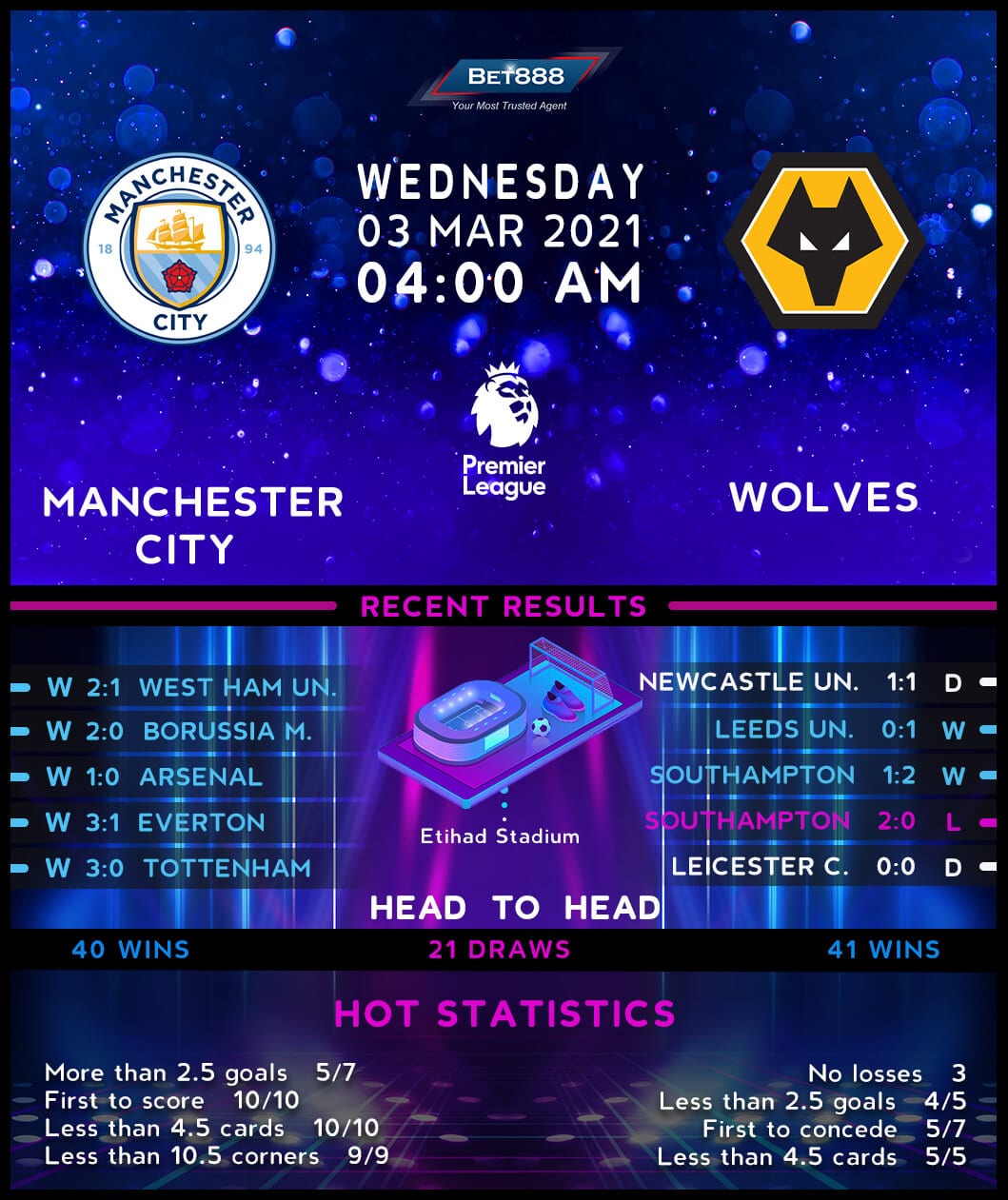