Manchester United and AC Milan are set to face-off at Old Trafford in the first leg of their blockbuster UEFA Europa League last-16 tie.

Manchester United hammered Real Sociedad 4-0 on aggregate in the Round of 32 (4-0 A, 0-0 H) to set up their first UEFA meeting with Milan for 11 years. Although the ‘Red Devils’ ran out 7-2 aggregate victors in the last two-legged tie versus this opposition, they had lost all four beforehand. However, the Premier League heavyweights have picked up four victories in their last five European home matches against Milan (L1), and their overall home record against Italian visitors stands at W13 D2 L3. What’s more, Ole Gunnar Solskjaer’s men have not lost any of their last 15 home games in the Europa League (W13, D2), notably keeping a clean sheet in five of the previous six. Adding to their confidence, Manchester United inflicted a 2-0 defeat on cross-town rivals Manchester City in the build-up to this fixture.

Meanwhile, Milan squeezed past Crvena Zvezda Belgrade in the last-32 on the away goal rule (2-2 A, 1-1 H), reaching the Europa League Round of 16 for the second time in the club’s history. However, a trip to England may stir some painful memories as ‘I Rossoneri’ have only won one of their previous 17 visits to the country (D6, L10). Curiously, though, that lone successes arrived at Old Trafford against United in the 2004/05 UEFA Champions League last-16. Stefano Pioli’s men are undefeated away from home this Europa League campaign (W3, D3), qualifying included, notably opening the scoring on each occasion in the process. Yet, the Serie A giants have only won 50% of their overall away Europa League fixtures, qualifying included (GP:16 – W8, D5, L3). 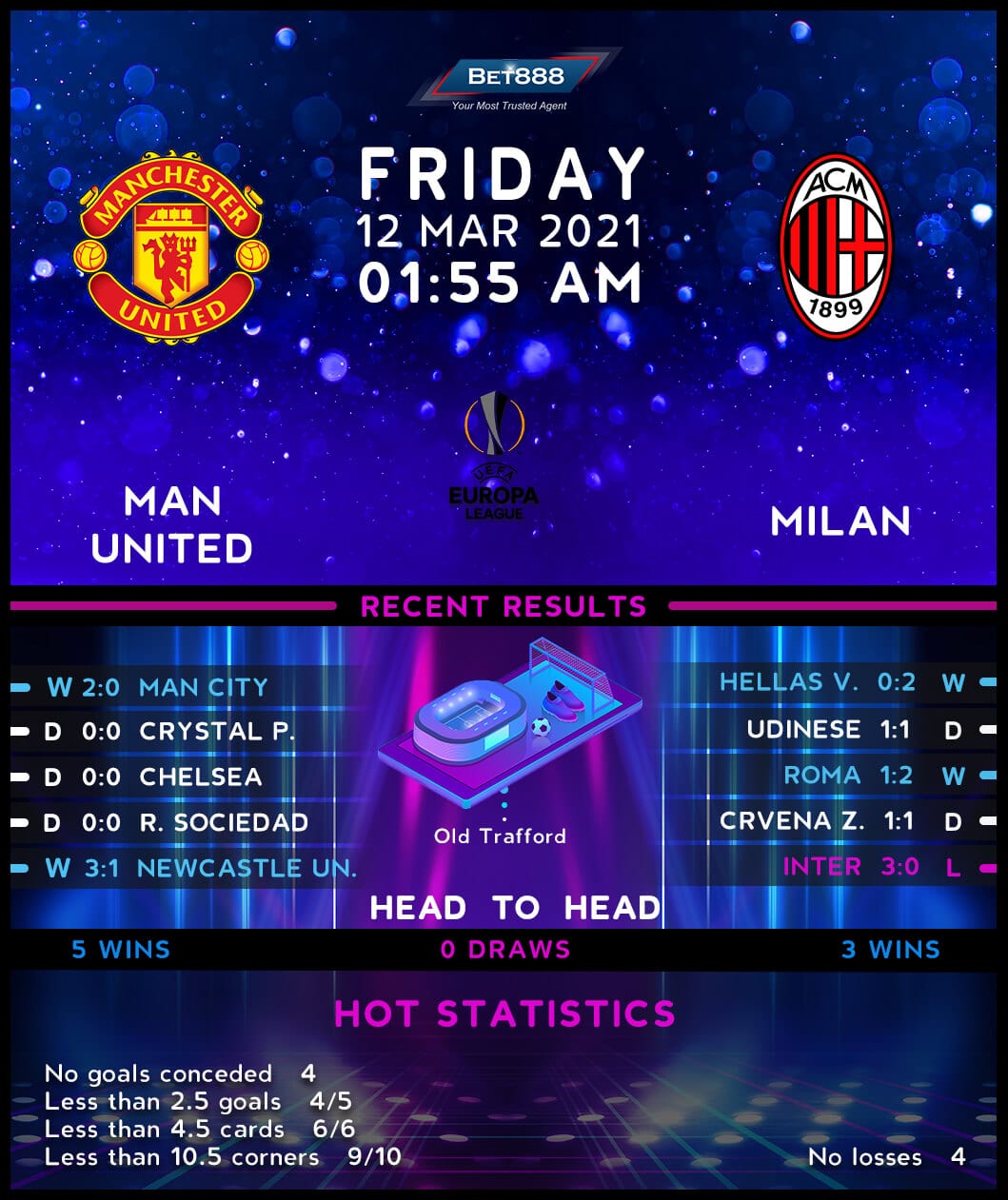