Manchester United (2) and Aston Villa (5) go head-to-head at Old Trafford in an exciting Premier League showdown, with just four points separating the sides ahead of the kick-off.

The 93rd-minute winner against Wolverhampton last time out put Manchester United on an impressive nine-game winning Premier League run ahead of the kick-off (W7, D2). However, it also means that five of United’s six previous Premier League fixtures held at Old Trafford have featured under 1.5 total goals. Indeed, Ole Gunnar Solskjaer’s men have been struggling in front of goal at home this season, netting one goal or less in seven of their eight Premier League home matches. Against this backdrop, the recent top-flight meetings between the ‘Red Devils’ and Aston Villa in Manchester have been quite prolific, with five of the last seven producing 2+ second-half goals and over 3.5 goals in total. Before last season’s 2-2 draw, Manchester United had won five league H2Hs as hosts.

Meanwhile, the visitors have enjoyed an upturn in form lately, going from back-to-back Premier League defeats to five consecutive league matches without a loss (W3, D2), keeping a clean sheet on four of those occasions. In fact, no team has tallied more blank sheets on the road than Aston Villa (5) this season, with the ‘Lions’ conceding a league-low three goals across their seven Premier League trips. However, Dean Smith’s men have established a habit of falling behind without recovering, losing four of the five league fixtures in which they conceded the first goal (D1). Also, defeating Manchester United could be too tall of an order for Aston Villa as has been during the past decade – they’ve failed to win any of their 15 previous top-flight meetings (D4, L11). 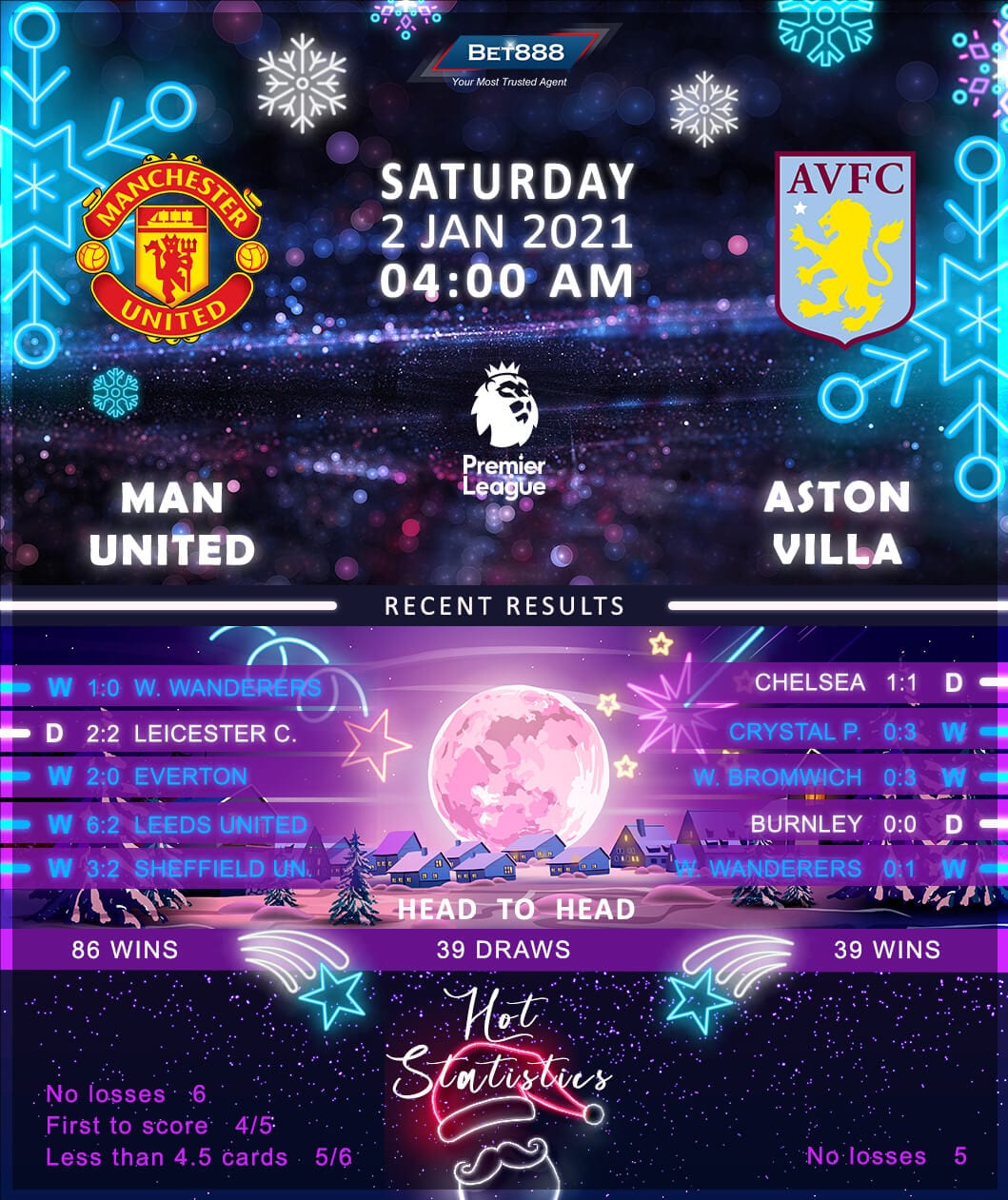