Manchester United and Brighton & Hove Albion will square off at Old Trafford in a potentially high-scoring Premier League affair. Their last five top-flight H2Hs have featured over 2.5 FT goals, including United’s 3-2 win in the reverse fixture earlier this season.

Since succumbing to a shocking 2-1 defeat to Sheffield United at Old Trafford on Matchday 20, Manchester United have hit the ground running the Premier League, racking up a nine-match unbeaten streak (W4, D5). Ahead of the kick-off, the ‘Red Devils’ have kept four consecutive clean sheets in the top-flight and are now looking to do it five times in a row for the first time since August 2017. Adding to their confidence, Ole Gunnar Solskjaer’s men have brushed Brighton aside in their previous four Premier League H2Hs, scoring precisely three goals in each of the last three. Topically, United have never lost a home game to this opposition, winning ten of their 12 H2Hs at Old Trafford in all competitions (D2), including the last six. A half-time lead may well wrap up this game for the home side as they’ve won 85.71% of the Premier League fixtures in which they were in front at the break this term (W6, D1).

Meanwhile, the visitors enjoyed a notable upturn in form, going from five consecutive Premier League matches without winning (D2, L3) to back-to-back victories before the international break curtailed their momentum. What’s more, the ‘Seagulls’ have scored five goals in their last two league outings, as many as they had in their previous eight in the competition. However, Brighton have lost all four of their Premier League games against the current top-four sides this season, conceding over 2.5 goals on three occasions. Having faced the third-fewest shots on target this Premier League campaign (92), Graham Potter’s men have let in an average of 1.21 goals per away league match so far. But they’ve proved to be vulnerable before half-time, registering 58.82% of their total away Premier League goals conceded this term in the first half of play (10/17). 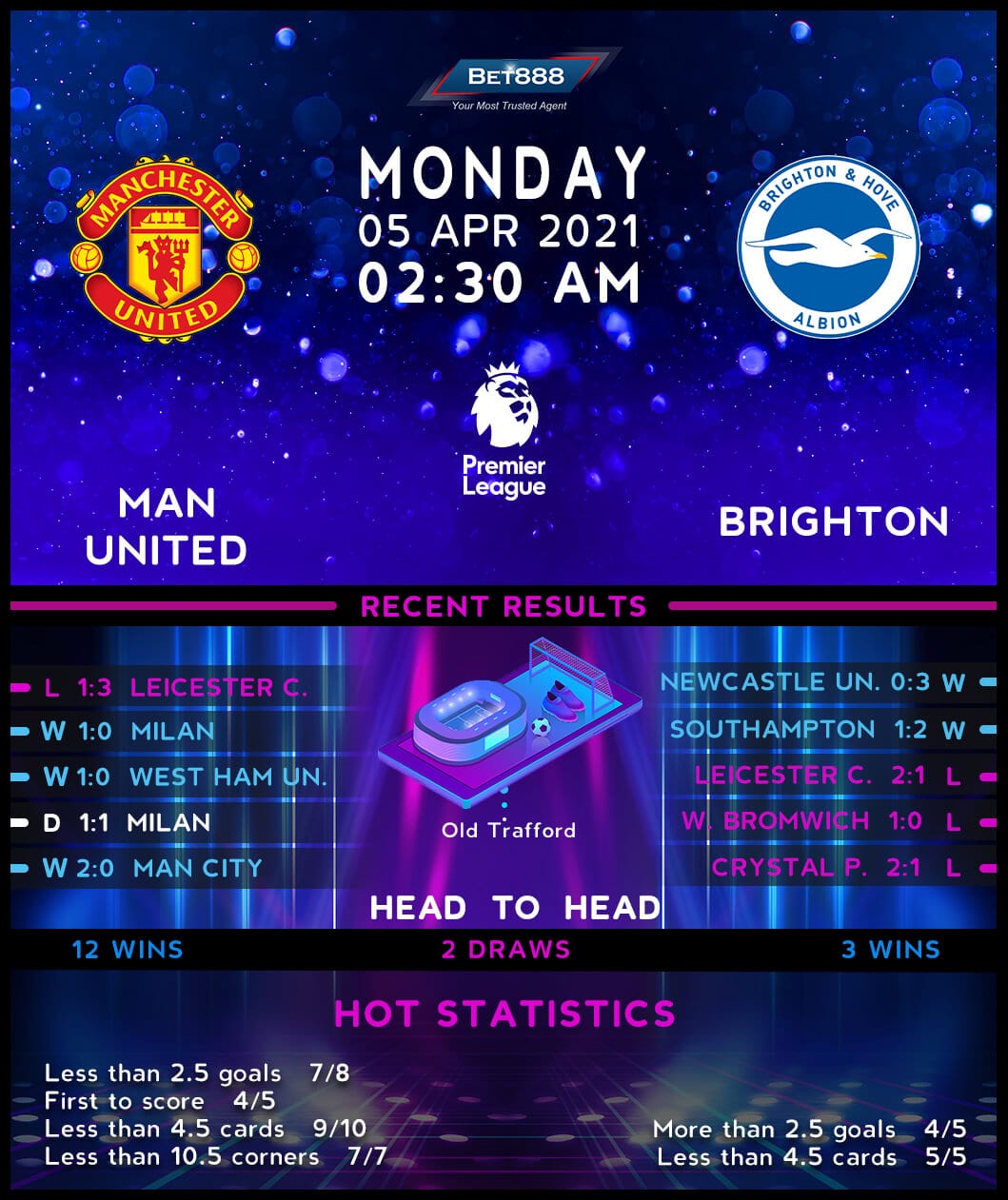