Manchester United will be looking to secure their first Premier League double over Burnley since the 1975/76 season when the two teams meet at Old Trafford this weekend.

In a true ‘Manchester United’ fashion, the ‘Red Devils’ staged a sensational second-half comeback to defeat Tottenham 3-1 on the road last time out and extend their winning Premier League run to four. The Old Trafford side can now clinch five top-flight wins in a row for the first time since Ole Gunnar Solskjaer’s six-match winning start in the dugout. A shocking 2-1 home loss to basement boys Sheffield United on Matchday 20 was a wake-up call for Solskjaer’s men, who have since racked up an intimidating 11-game unbeaten streak in the Premier League (W6, D5). However, United have failed to beat Burnley in four top-flight H2Hs as hots (D3, L1) since a 3-1 victory in February 2015, conceding precisely twice in each of their last three such showdowns.

Meanwhile, Burnley squandered a half-time lead to lose 2-1 to Newcastle last time out as they take the field on the back of consecutive Premier League defeats that have both seen them open the scoring. After five of their seven league matches saw one or both sides fail to get on the scoresheet, each of Burnley’s last five in the competition has now witnessed both teams score. A tight 3-2 loss at Southampton in their most recent Premier League trip means the ‘Clarets’ have alternated victory (3) and defeat (4) across their last seven away league games, four of which yielded a winning/losing margin of a single goal. There may not be a way back into this fixture for Burnley should they concede first, considering their 100% losing rate across the away Premier League matches when doing so this season (L6). 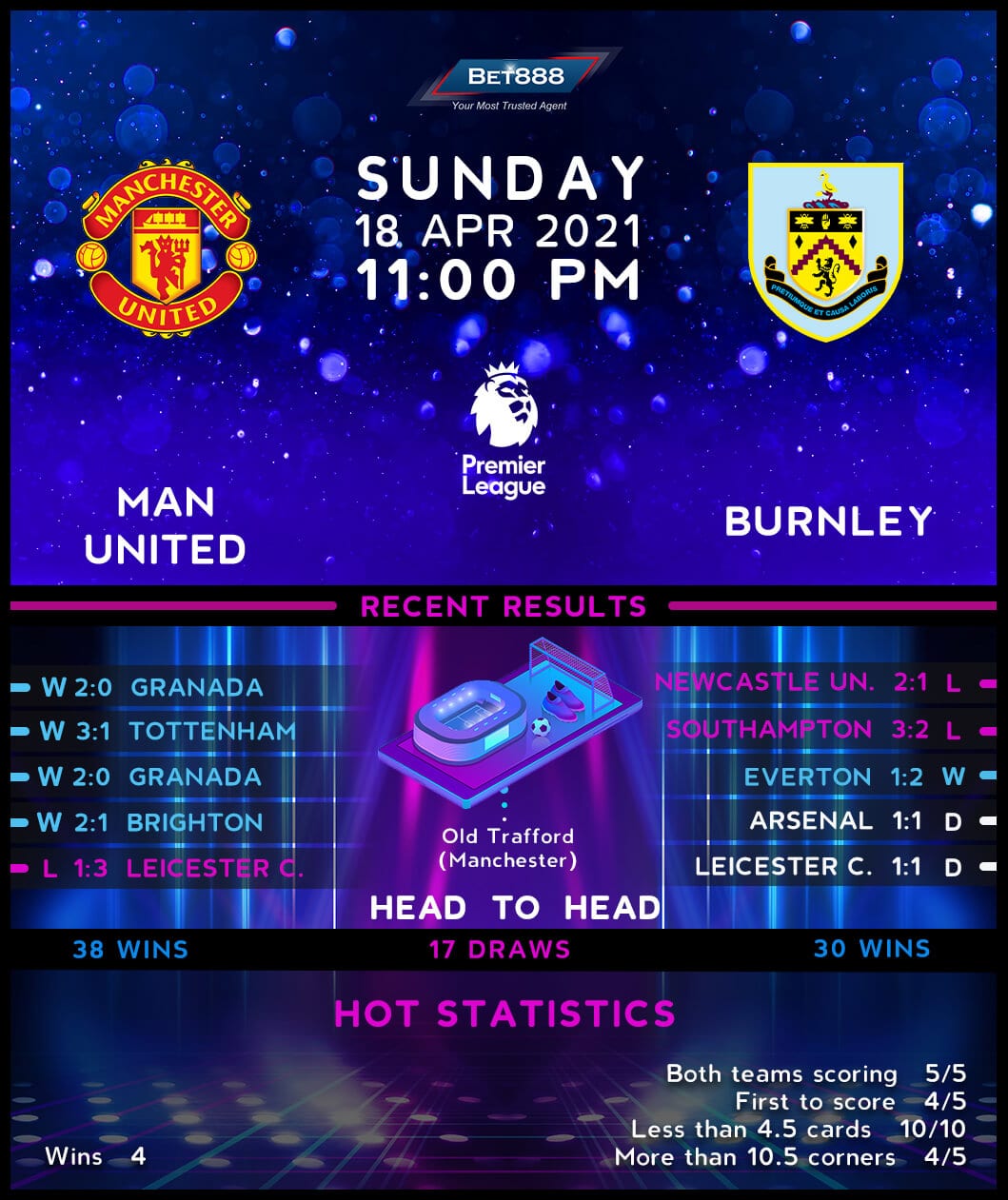