Manchester United will be looking to bounce back from back-to-back Premier League defeats when they meet relegated Fulham at Old Trafford this midweek.

After going undefeated in six consecutive home Premier League matches (W4, D2), Manchester United have lost their last two league games at Old Trafford and face the risk of losing three in a row for the first time since February 1979. Despite United’s recent drop-off in form, Old Trafford has been a venue of entertainment as each of the last four competitive fixtures here has featured 3+ goals and both teams scoring in matches averaging 5.25 total goals. Indeed, Ole Gunnar Solskjaer’s men have averaged most goals scored/conceded per Premier League game this season (3.11). Since the Premier League was founded in 1992, the ‘Red Devils’ have suffered just one defeat in 14 home encounters with Fulham (W12, D1, L1), the single loss courtesy of a 3-1 thumping in October 2003.

Meanwhile, a string of underwhelming displays has seen Fulham being relegated from the Premier League with four matches to spare as the visitors go into proceedings winless in their last nine league outings (D1, L7). A genuine lack of firepower in the front third has seen the ‘Cottagers’ draw a blank in six of their last 11 Premier League games, scoring precisely once in each of the remaining five in this sequence. In fact, the last time Fulham managed to net over 1.5 goals per league match was in a 2-0 away win against Everton in mid-February. Overall this season, only dead-last Sheffield United (19) have scored fewer Premier League goals than Fulham (26), with Scott Parker’s side averaging just 0.72 goals per match. 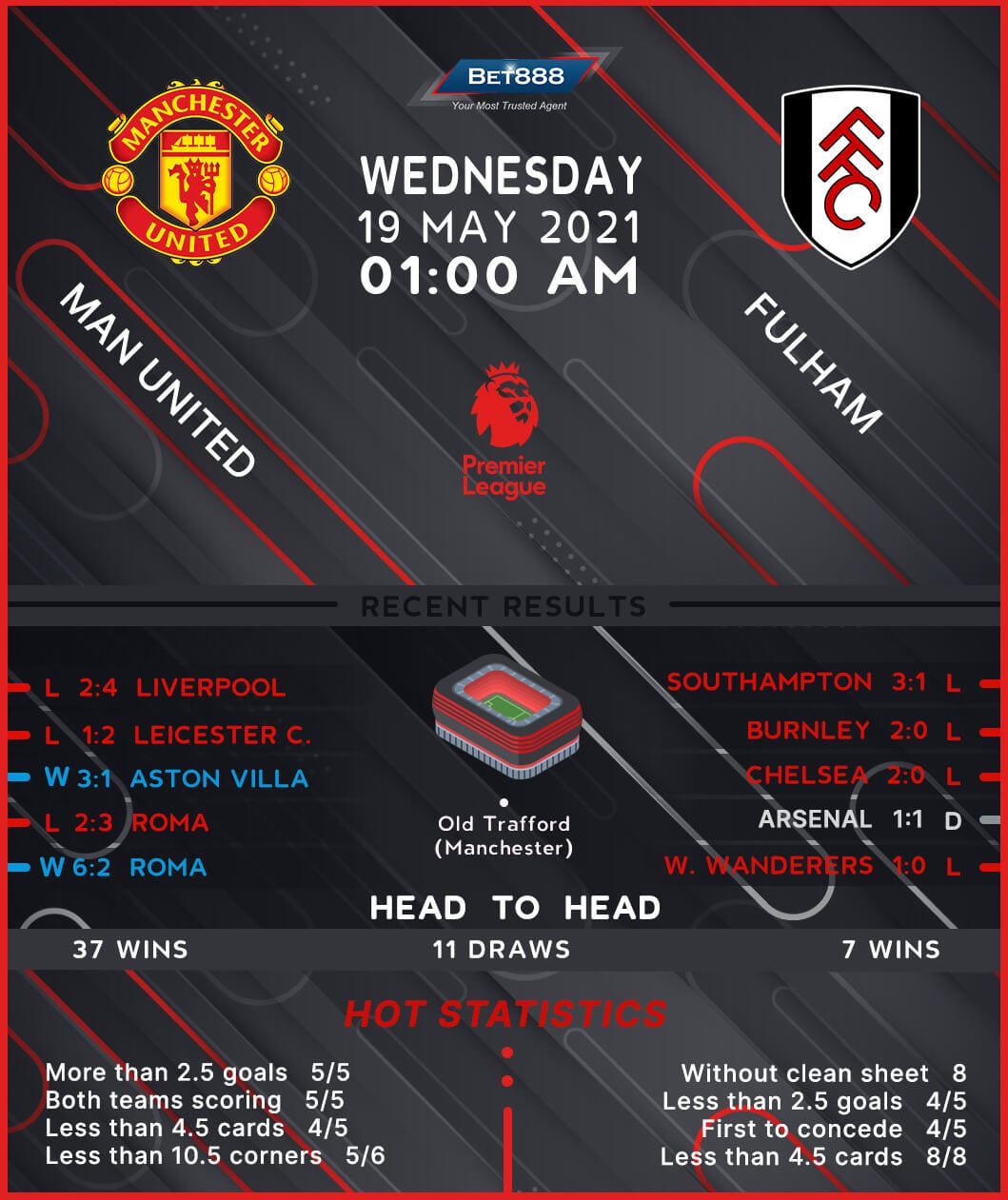