Manchester United will be looking to qualify for their first UEFA Europa League semi-finals since 2016/17 when they take on Granada at Old Trafford in the return leg of their quarter-final tie 2-0 up.

A 2-0 first-leg win was only United’s fourth victory on Spanish soil, albeit they’ve failed to impress in home fixtures against La Liga visitors either. Indeed, the ‘Red Devils’ have won just 33.33% of their home encounters with Spanish clubs in major European competitions (GP27 – W9, D12, L6), including one of the last ten (D5, L4). Additionally, the Premier League giants have successfully negotiated only 43.75% of their UEFA two-legged ties versus La Liga adversaries (W7, L9), having seen their last three European campaigns ended by such opposition. On the bright side, though, Ole Gunnar Solskjaer’s men are unbeaten in their last 16 home matches in the Europa League (W12, D4), albeit they’ve drawn both such outings this spring. Defensively robust, they have kept a clean sheet in five of their last seven home games in the competition.

Granada’s first-ever European showdown against Premier League opponent yielded a 2-0 loss to United, marking the fourth match in which they failed to score in the Europa League proper in the process. The Spaniards came out victorious in their first four UEFA matches outside Spain before being held to a goalless away draw to PAOK on Matchday 6. However, they’ve lost both road fixtures in the Europa League knock-outs by the same 2-1 scoreline, conceding in both halves on each occasion. Quick out of the blocks, the ‘Nazaries’ have registered four of their six goals scored in the competition’s knock-out stage inside the opening 26 minutes of play. Before last weekend’s 2-1 win at Real Valladolid in La Liga, Diego Martinez’s men had gone winless in six consecutive away games in all competitions (D1, L5), all of which saw over 2.5 goals and both teams on the scoresheet. 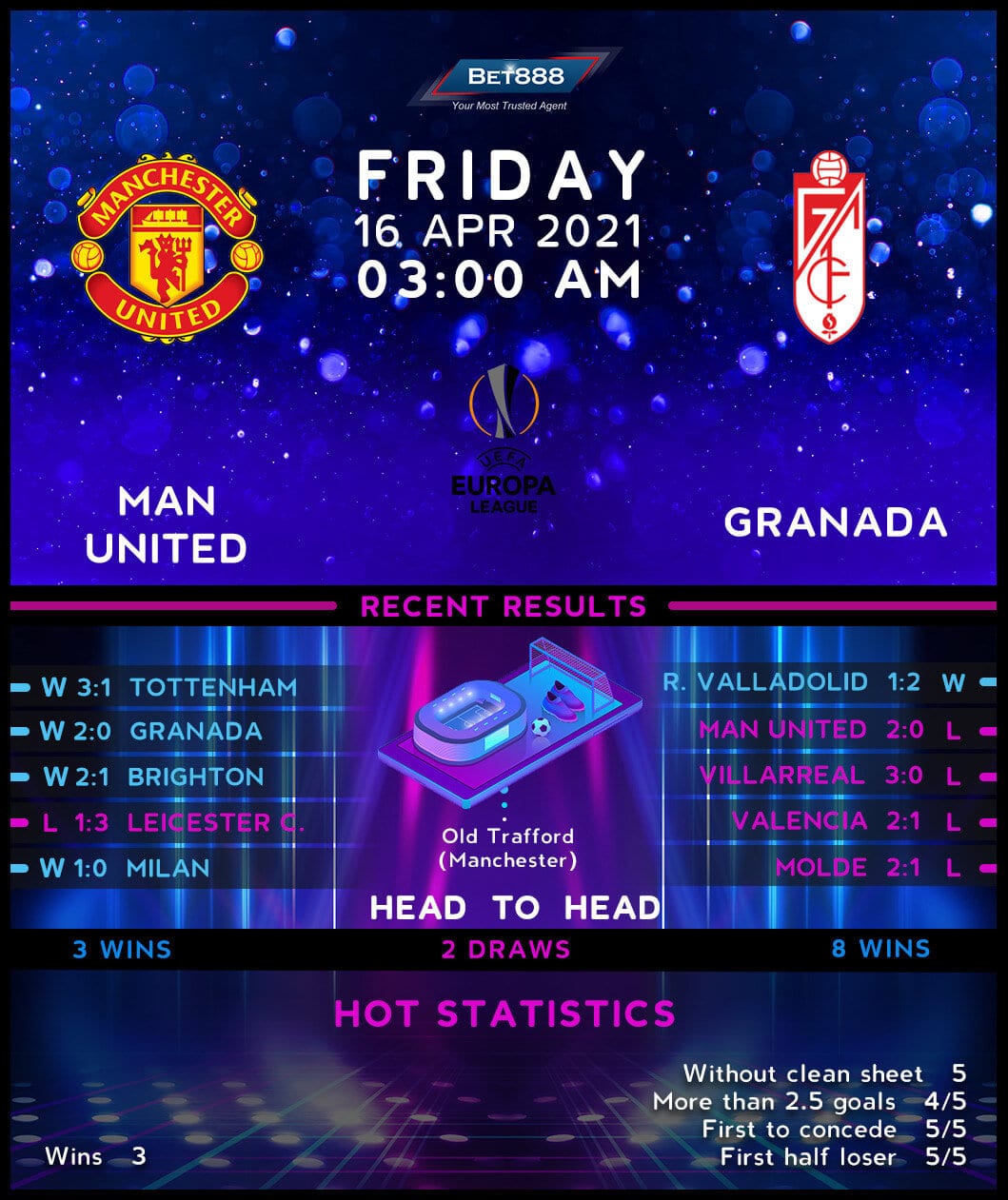