Manchester United and Leeds United are set to face-off in their first Premier League meeting at Old Trafford since February 2004.

Manchester United orchestrated another impressive comeback to defeat Sheffield United 3-2 last time out and extend their unbeaten Premier League run to six games (W5, D1). United’s recent league matches have been quite tight, though, as six of their last eight Premier League fixtures have ended separating the teams by under 1.5 goals (W5, D2, L1). However, Ole Gunnar Solskjaer’s men have yet to find their footing at Old Trafford this season, picking up just a single win from their opening six league games held at this venue (D2, L3). Indeed, they have drawn a blank in three of those six contests and scored precisely once per match in the other three! What’s more, two of those three home Premier League goals scored have come from the spot.

Meanwhile, Leeds hammered Newcastle United 5-2 at home last time out to bring a two-game losing Premier League streak to an end, with both of those defeats also seeing over 2.5 goals and both teams score. Away from home, though, the ‘Whites’ have failed to show consistency, winning three of their six league trips while losing the other three. Curiously, four of the six games won/lost in that sequence saw the victor score 3+ match goals. Against Manchester United, though, Leeds have won just one of their 13 previous Premier League encounters (D4, L8), but it’s worth noting that their last such fixture dates back to 2004. By extension, they have failed to beat the ‘Red Devils’ in 15 consecutive top-flight trips to Old Trafford (D6, L9) since a narrow 1-0 win in 1981. 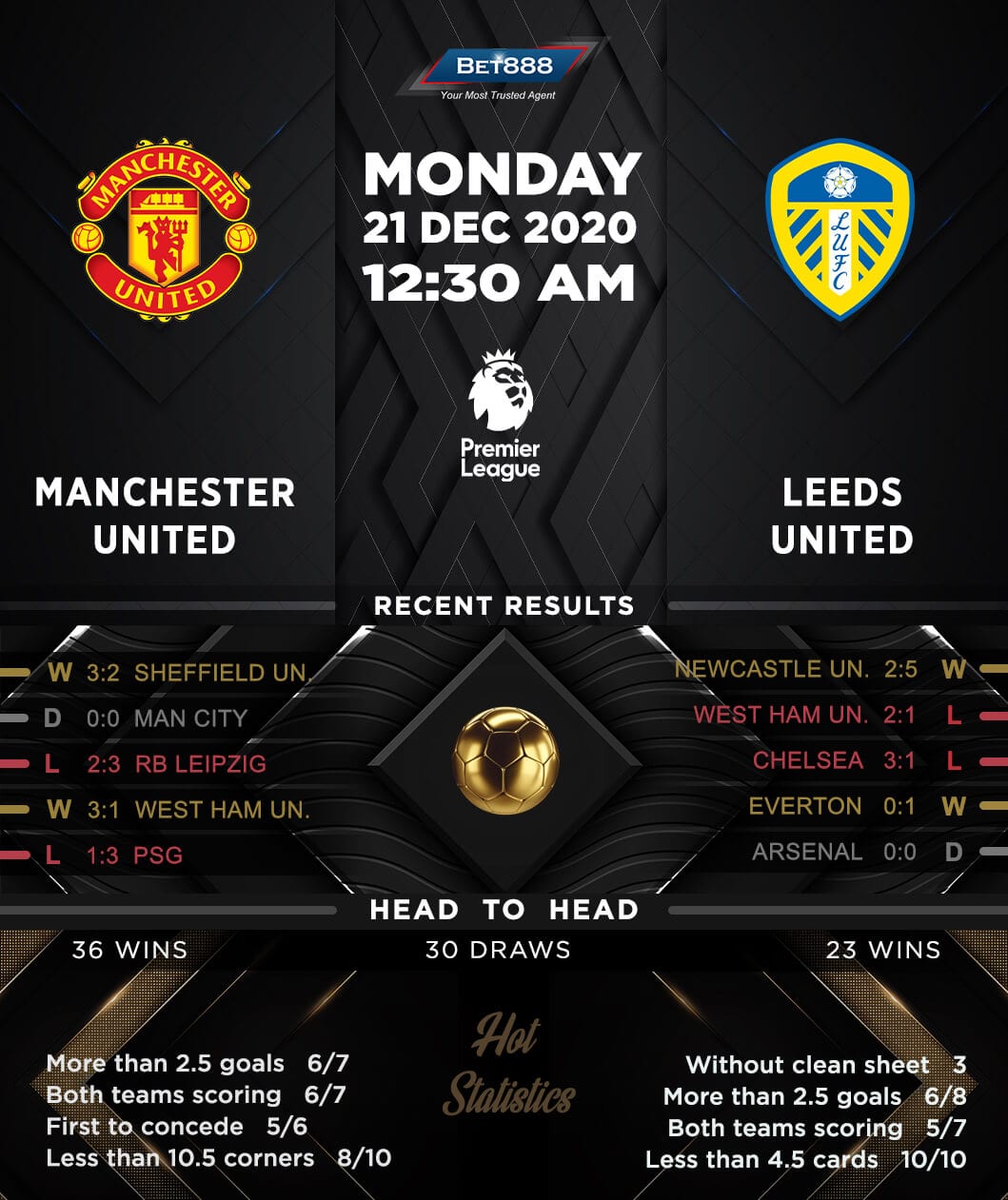