Manchester United and Leicester City will go head-to-head at Old Trafford in an exciting Premier League top-four clash this midweek.

In a true ‘United’ fashion, the ‘Red Devils’ lifted themselves from a half-time deficit to beat Aston Villa 3-1 on the road over the weekend and extend their unbeaten run in the Premier League to 14 games (W8, D6). Having come out victorious in each of their last four home league fixtures, Manchester United may now win five in a row for the first time under current boss Ole Gunnar Solskjaer. Leicester’s arrival at Old Trafford seems like a prime opportunity to complete that milestone as the three-time European Cup winners haven’t lost any of their last 12 top-flight encounters with this opposition (W8, D4). Furthermore, a 1-0 defeat in the 1997/98 season represents United’s single loss in their previous 22 home Premier League showdowns against Leicester (W16, D5), with each of their last four such contests yielding United’s triumph.

Meanwhile, the visitors have gone from back-to-back Premier League victories to consecutive matches without winning (D1, L1), both of which saw them concede first. Encouragingly, though, Brendan Rodgers’ men have found the net in 15 out of their 17 Premier League trips this season, scoring more often than any other side away from home do far. Each of Leicester’s previous five road league fixtures have seen both teams score, with the last three featuring precisely two second-half goals. Topically, they have registered a clear majority (67.74%) of their total Premier League goals scored away from home this term in the second half of play (21/31). Notably, the ‘Foxes’ haven’t lost any of their five top-flight matches contested in midweek since the calendar flipped to 2021 (W3, D2). 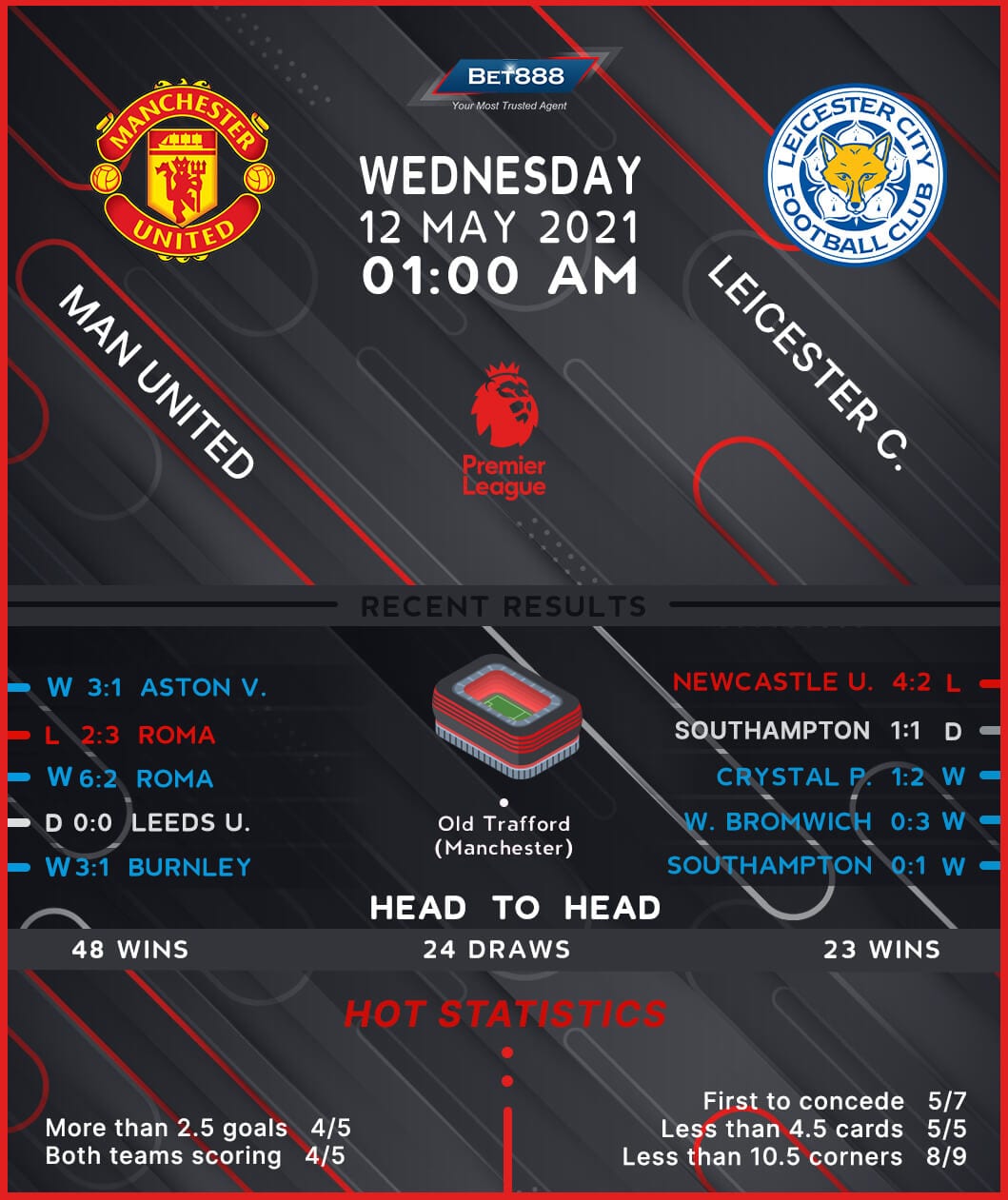