Manchester United and Liverpool go head-to-head at Old Trafford in a real clash of the Premier League titans.

Despite trailing 2-1 at half-time, Manchester United staged an out-of-this-world second-half comeback to defeat Roma 6-2 in the first leg of their UEFA Europa League semi-final tie and stretch their unbeaten run in all competitions to seven games (W6, D1). In the Premier League alone, the ‘Red Devils’ are unbeaten in their last 13 matches (W7, D6), with 71.43% of their victories in this run yielding a winning margin of 2+ goals. Furthermore, Ole Gunnar Solskjaer’s men have suffered just one defeat in their last 15 competitive home meetings with Liverpool (W10, D4) and are unbeaten in the last eight in a row since a 3-0 reverse in March 2014. Against this backdrop, United have claimed only one triumph in their previous nine Premier League encounters with the reigning champions (D6, L2) but none in the last five (D3, L2).

On the other hand, despite totaling 22 attempts (9 on target), Liverpool played out a 1-1 home draw with Newcastle United last time out and are currently four points behind fourth-placed Chelsea. The ‘Reds’ have now drawn twice in a row after winning three consecutive Premier League fixtures beforehand. On the road, Jurgen Klopp’s men have racked up five triumphs in their last seven Premier League games (D1, L1), more than they had in their previous 15 away from Anfield (W4, D6, L5). Liverpool’s road action usually sparks into life after half-time, with 65.31% of their total away league goals scored/conceded so far this season coming in the second half of play (32/49). Interestingly, quick-start Liverpool have found the opening goal (if any) in the joint-highest 75% of their Premier League trips this term (12/16). 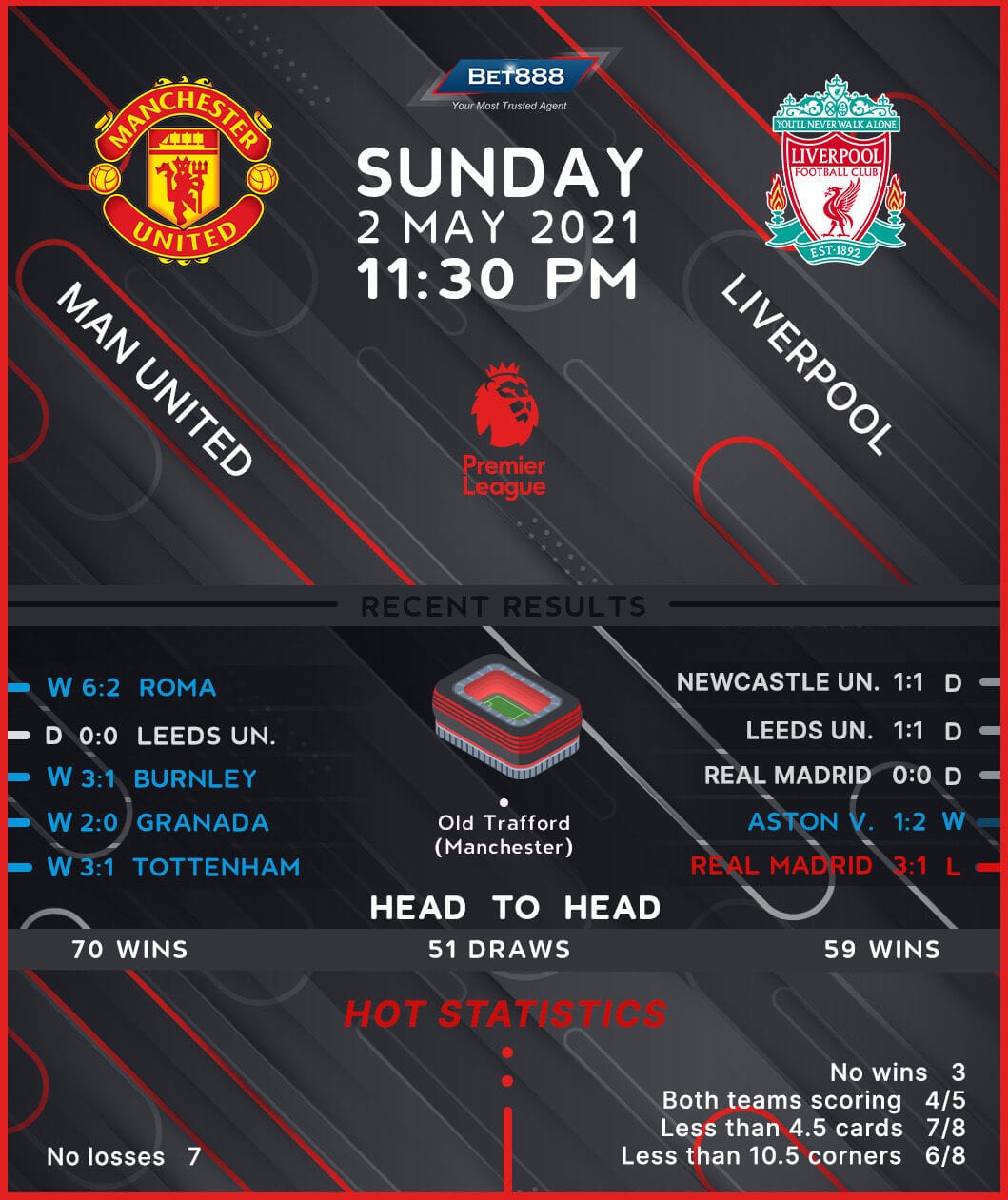