Manchester United will be looking to shake off the stress of suffering a shocking Champions League elimination when they meet cross-town rivals Manchester City at Old Trafford in a massive Premier League showdown.

Although a 3-2 away defeat to RB Leipzig kicked Manchester United out of the Champions League, the hosts have been impressive in the Premier League lately, racking up a four-game winning league run ahead of this weekend’s kick-off. Interestingly, three of United’s victories during that four-match sequence saw Ole Gunnar Solskjaer’s men come from behind to pick up the three points. However, the ‘Red Devils’ have scored under 1.5 goals in each of their five home Premier League fixtures this season to win just one of them (D1, L3). It’s also worth noting that two of Manchester United’s three league goals scored at home so far have come from the spot. Furthermore, United had netted one goal or less in four consecutive home H2Hs across all competitions (L3) before securing a 2-0 Premier League triumph last season.

Meanwhile, the ‘Sky Blues’ have upped their game recently, going from two straight league matches without a win (D1, L1) to back-to-back victories, both of which saw Manchester City score precisely two goals within 30 minutes of play and shut out their opponents. But, Pep Guardiola’s men have been struggling in front of goal on the road, netting under 1.5 goals in four consecutive away Premier League fixtures since defeating Wolverhampton 3-1 in their first league trip of the season. It’s also somewhat shocking that the visitors have scored just two second-half goals in their opening five Premier League trips. Additionally, they bagged only one goal in two of their last season’s top-flight H2Hs to lose each encounter. 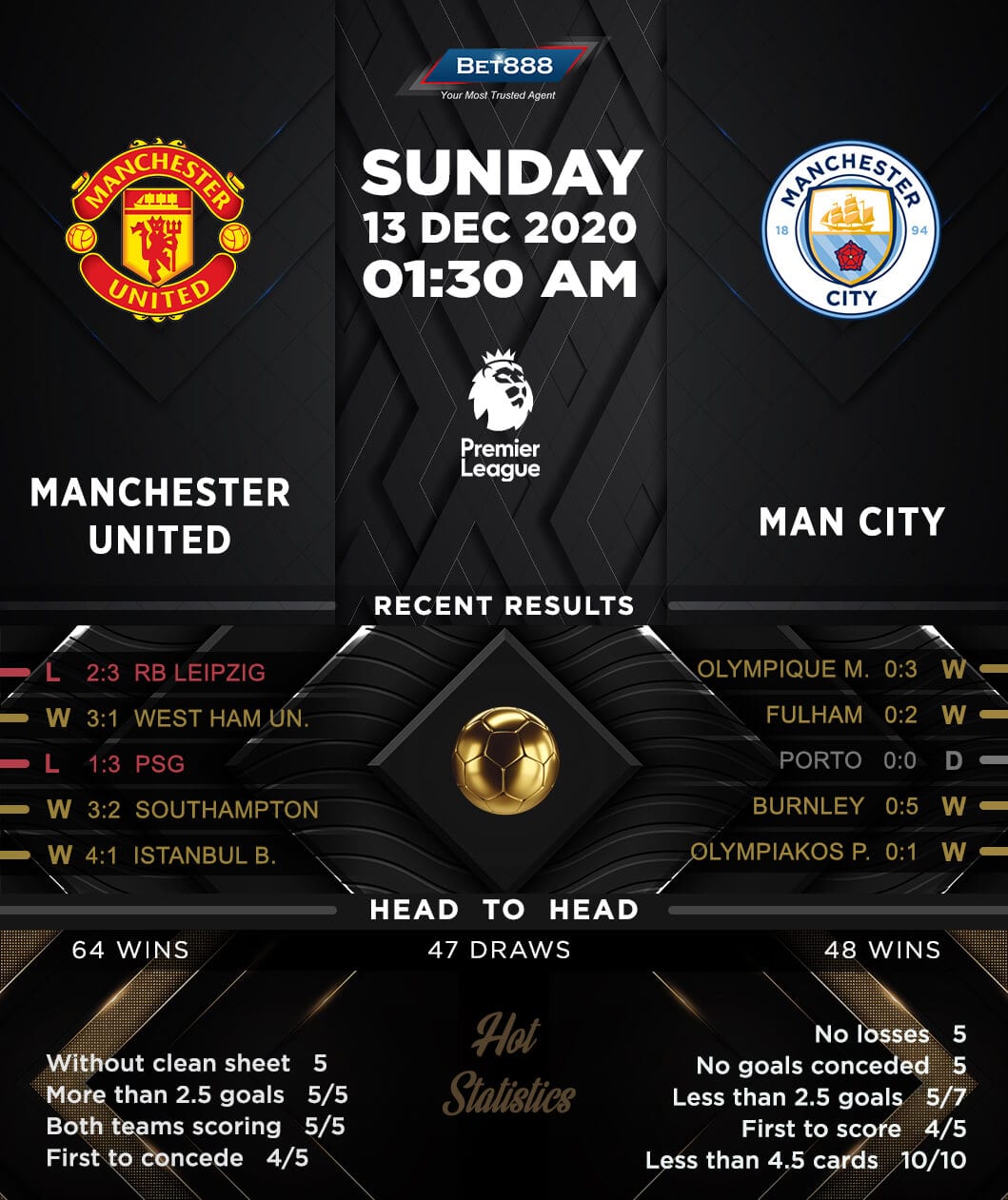