Manchester City and Manchester United will square off in a top-of-the-table Premier League showdown at the Etihad Stadium.

Manchester City head into this clash looking to set a new club record, having avoided defeat in their last 28 matches in all competitions (W25, D3). The ‘Citizens’ are currently on a third-longest winning streak ever (21) among the sides in Europe’s top-five divisions, having won all 18 of their competitive games since the turn of the year. Remarkably, since succumbing to a 2-0 defeat at Tottenham Hotspur in November 2020, Pep Guardiola’s men have not conceded the opening goal in any of their 19 Premier League fixtures and will set a new record in the competition if they don’t fall behind against United. The runaway league leaders remain the only side yet to concede double digits at home this season (9), letting in the second-fewest four first-half goals in the process.

Meanwhile, Manchester United have gone undefeated in seven consecutive Premier League games (W2, D5) since losing 2-1 at home to Burnley in late January. Additionally, Ole Gunnar Solskjaer’s men have racked up 21 Premier League games unbeaten away from home (W13, D8) and are only two fixtures shy of tying the top-flight record set by Arsenal in 2003. United have successfully negotiated both of their previous competitive trips to City and are now looking to win three in a row for the first time in 20 years. However, after drawing a blank in their last three outings in all competitions, the ‘Red Devils’ face the risk of going four successive matches without scoring for the first time in the club’s history. That is not beyond the realm of possibility, knowing United failed to score in both of their competitive meetings with cross-town rivals this season. 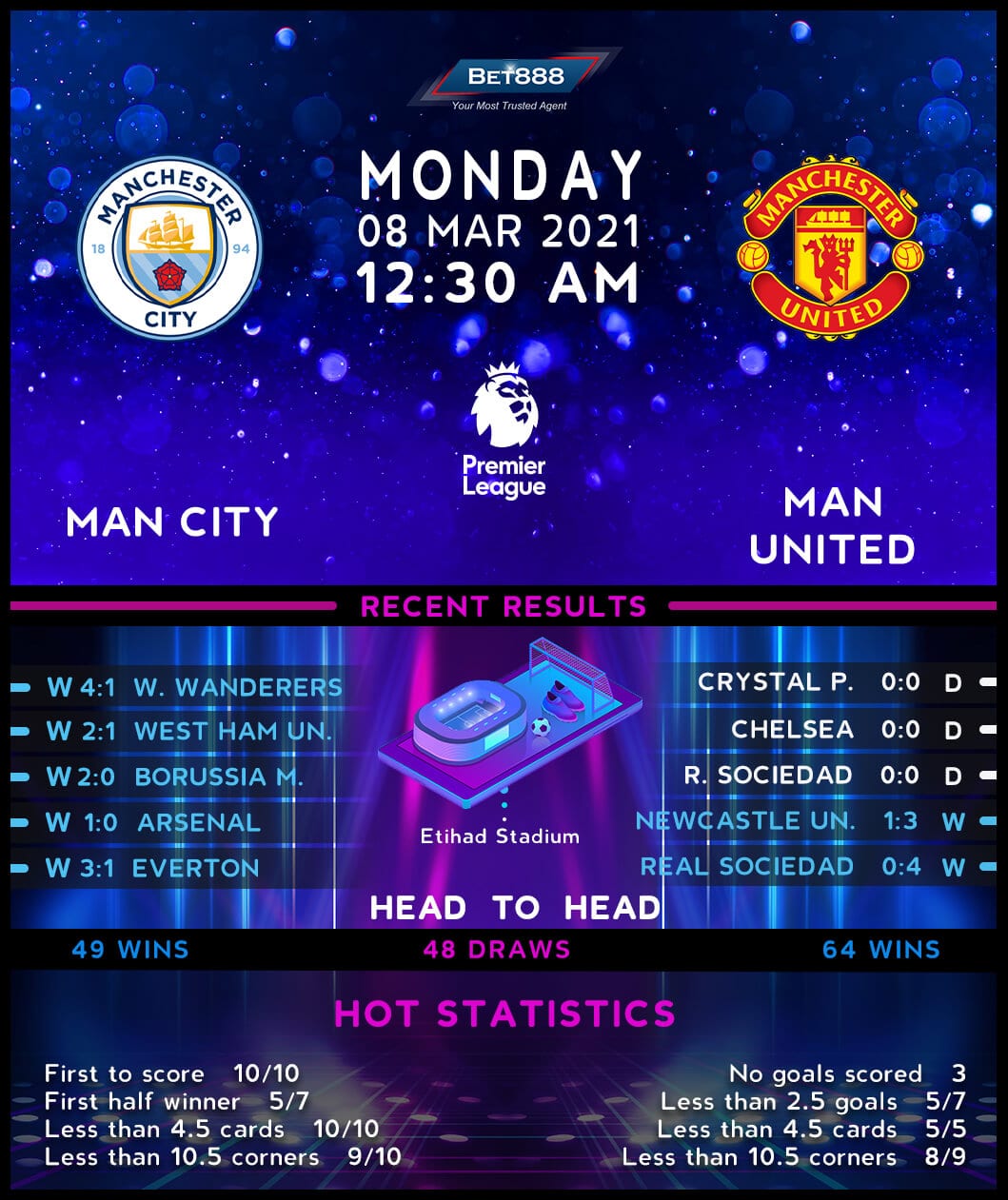