Manchester United will be warm favourites to reach the FA Cup last-16 when they take on second-tier Middlesbrough at Old Trafford.

Manchester United have picked themselves up from an underwhelming 1-0 home defeat to Wolverhampton on New Year’s Day, going unbeaten in their four competitive outings since (W3, D1), including a last-gasp 1-0 triumph over West Ham United last time out. Interestingly, each of United’s three competitive fixtures at Old Trafford in 2022 has featured an identical 1-0 scoreline (W2, L1), with the deciding goal in two of them coming beyond the 80th minute. But the ‘Red Devils’ will be confident of avoiding another late drama here after racking up a resounding 28 victories from their last 31 home FA Cup matches against sides from a lower division (D2, L1). What’s more, they’ve crashed Middlesbrough out of the FA Cup in seven of their previous ten ties.

Meanwhile, Middlesbrough will be brimming with confidence after going unbeaten in nine of their last ten competitive games (W8, D1), including a hard-earned 1-0 home triumph over fellow Championship rivals Coventry at the weekend. Topically, before slumping at Blackburn Rovers in their most recent league travel (0-1), the ‘Boro’ had enjoyed a decent five-game unbeaten run on the road (W3, D2) despite keeping just one clean sheet in that spread of matches. Middlesbrough’s recent competitive fixtures have been evenly-contested, with each of the last 13 in a row yielding a full-time margin of under 1.5 goals. Chris Wilder’s men will have to keep things tight at Old Trafford if they are to stage an upset here and defy their disappointing FA Cup record versus Premier League sides, having bowed out of the competition in nine of their last ten such ties. 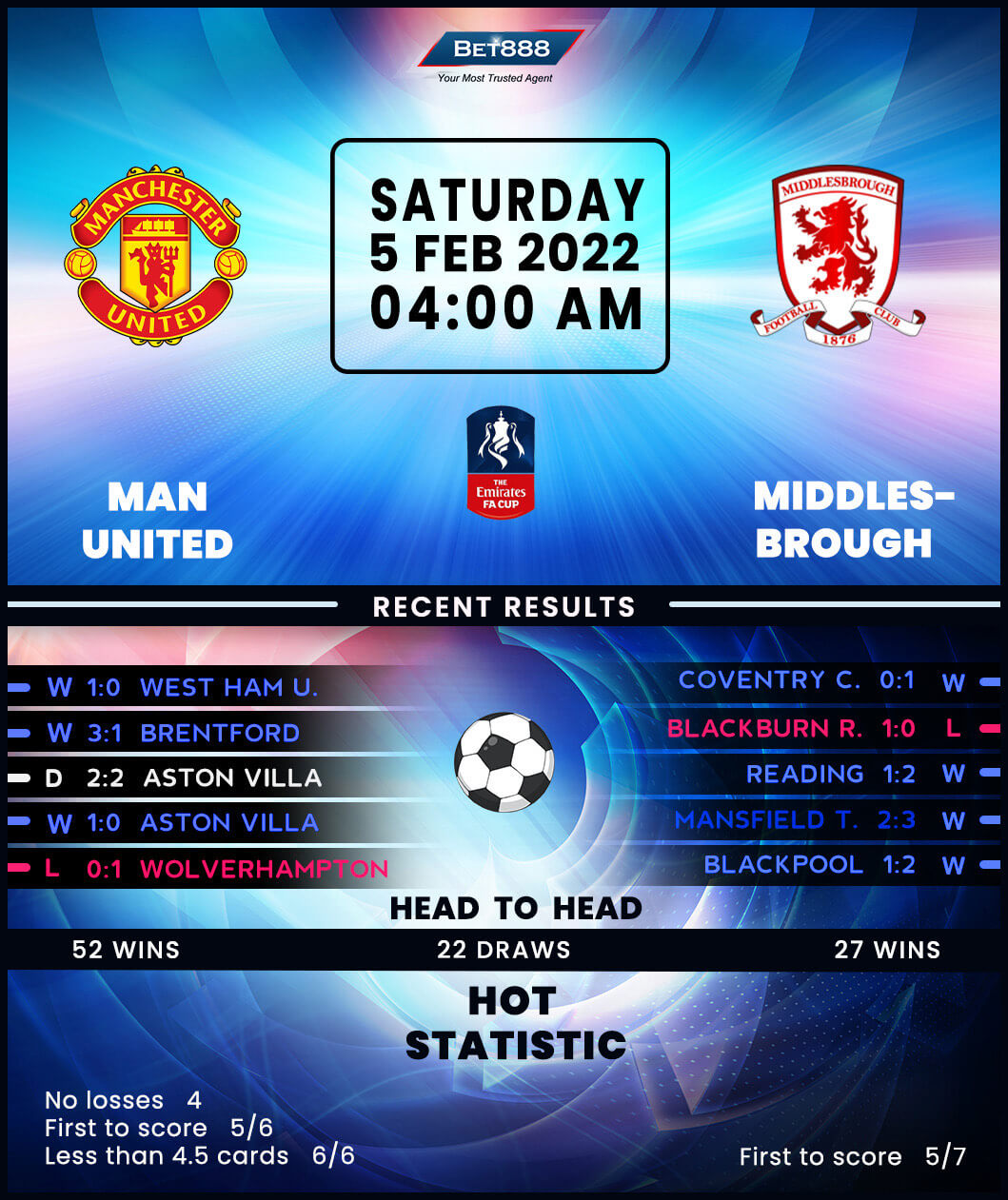