Fresh from dismantling Real Sociedad 4-0 in the UEFA Europa League midweek, Manchester United will be looking to return to winning ways in the Premier League when they meet Newcastle United at Old Trafford.

Since suffering a disappointing 2-1 home defeat to Burnley on Matchday 20, Manchester United have gone unbeaten in four Premier League games in a row (W1, D3). At Old Trafford, Ole Gunnar Solskjaer’s men have netted 12 goals across their last two Premier League outings – only one fewer than they had in their previous ten such fixtures! The ‘Red Devils’ will be confident of adding to that tally now, as they meet a side they’ve beaten in each of their last five top-flight H2Hs, netting an average of 2.8 goals per match in the process. Even if they concede the opening goal, the hosts should have enough courage to fight their way back into the game, notably rescuing a league-highest 22 points after falling behind this season (GP:11 – W7, D1, L3).

Meanwhile, Newcastle have won two of their last four Premier League outings (L2), as many as they had in 13 league matches beforehand (W2, D2, L9)! As such, they are still keeping their head above water, harboring a six-point lead over relegation-threatened Fulham. However, it will be a daunting prospect for the ‘Magpies’ to pick up much-needed points here, as they’ve lost six of their last seven away Premier League games (W1), drawing a blank on five occasions in that period while conceding over 1.5 goals five times too. Furthermore, Manchester United have been a traditionally formidable foe for Newcastle at Old Trafford, as evidenced by the fact the visitors have only won once in their previous 35 top-flight visits to this venue (D9, L25)! 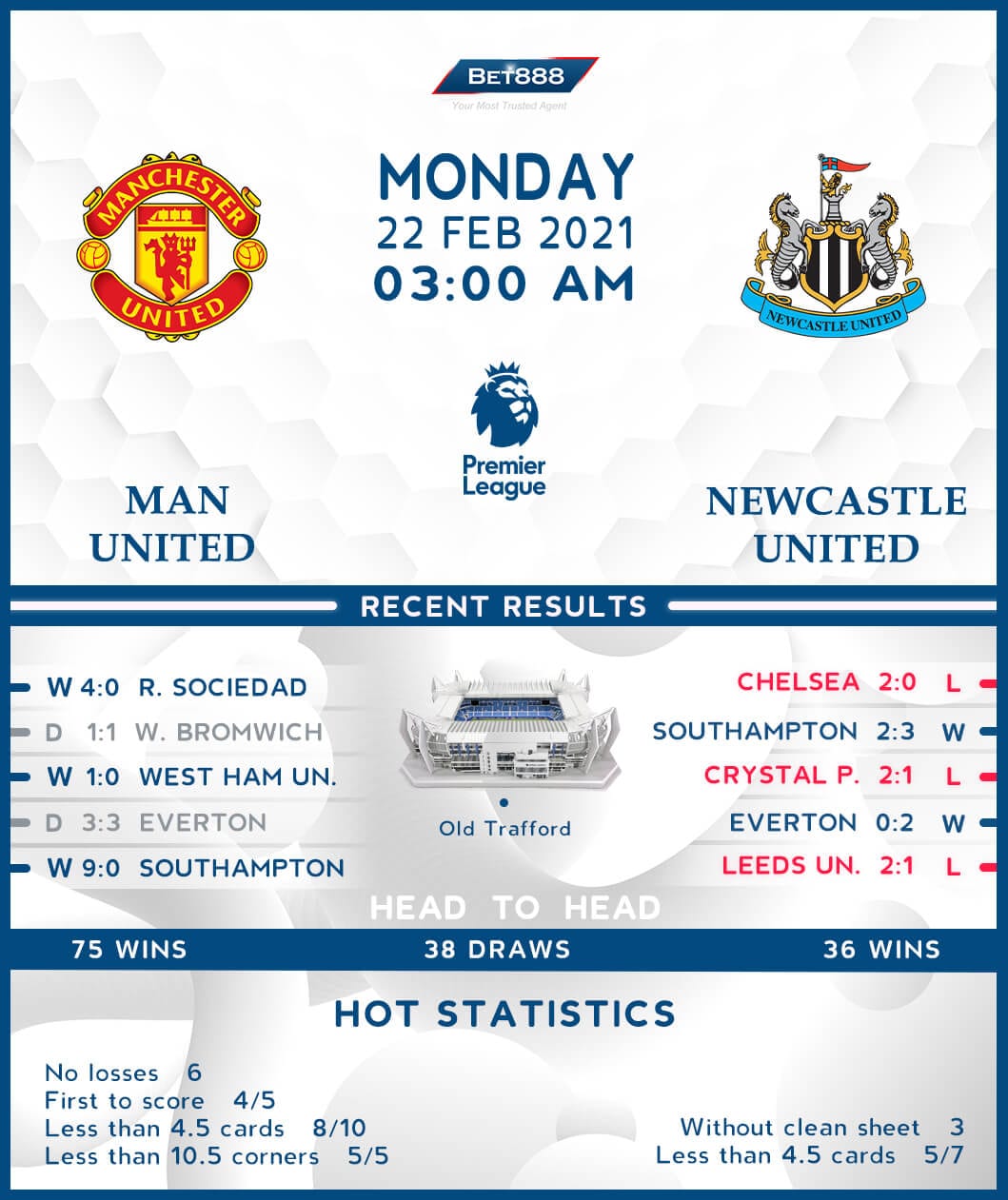