Manchester United will be looking to avoid defeat against PSG at Old Trafford, which will ensure they secure a berth in the UEFA Champions League knock-out stage.

Despite an underwhelming Premier League start, the ‘Red Devils’ have been impressive in the Champions League so far, winning three of their opening four group stage matches (L1). High scoring has been a theme for Manchester United in Europe this season, as each of those four fixtures has produced over 2.5 total goals. Ole Gunnar Solskjaer’s men have often tried to start their Champions League games, as evidenced by the fact they have scored the opening goal within 25 minutes in three of four outings in Group H. Moreover, Old Trafford has been a fortress of late, as Manchester United have won each of their last seven European fixtures held at this venue, returning an intimidating +22 goal difference from those victories (GF: 24, GA: 2).

Meanwhile, the visitors have won two of their opening four group stage fixtures, losing the other two, with three of those four results (wins/losses) coming by a narrow one-goal margin. Also, three matches during that four-game sequence saw the victor get on the scoresheet first. Despite a stuttering start, PSG must be confident of avoiding defeat here, especially considering they have lost just one of their last seven away games in the Champions League group stage (W4, D2). Remarkably, Thomas Tuchel’s men have failed to find the net only once in their 39 previous Champions League outings, scoring an average of 2.4 goals per game during that run. In turn, ‘Les Parisiens’ have netted over 1.5 goals in six of their last seven competitive away fixtures (W5, L2). 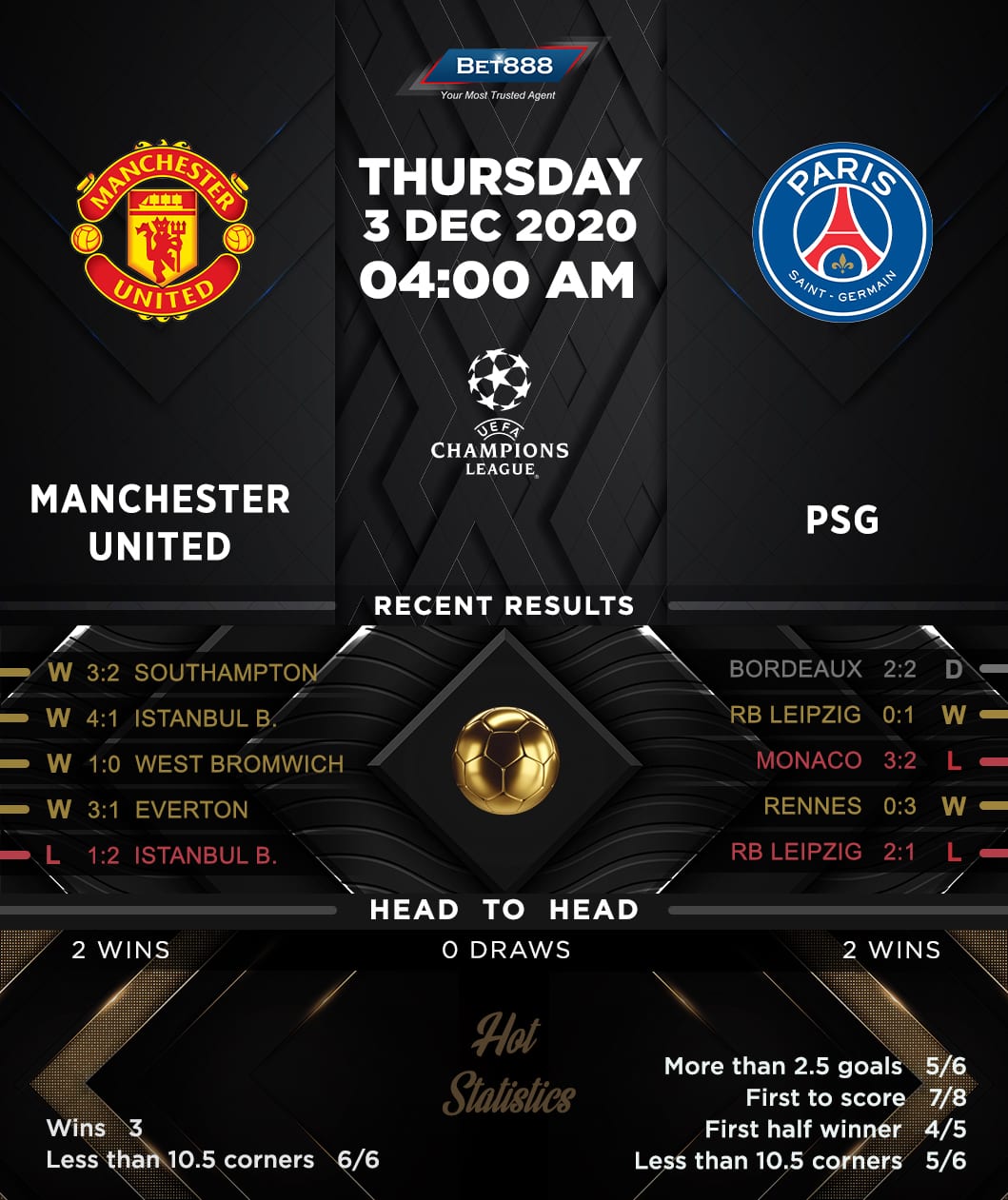