Old Trafford is the venue, as Manchester United and Real Sociedad come face-to-face in the return leg of their UEFA Europa League last-32 tie.

Manchester United are on the verge of securing their fifth appearance in the Europa League last-16 in as many attempts after walloping Sociedad 4-0 in the reverse fixture. Notably, the ‘Red Devils’ have successfully negotiated each of their 18 UEFA ties in which they won the first leg away from home. Additionally, Ole Gunnar Solskjaer’s men are undefeated in their last 14 home matches in the Europa League (W12, D2), returning a staggering +31 goal difference from that stretch of games (GF:37, GA:6). Curiously, though, before winning in Turin, Manchester United had gone winless in nine European meetings with La Liga sides. Topically, they have only won one of their last nine UEFA fixtures versus Spanish visitors at Old Trafford (D4, L4), though that lone success came against Real Sociedad in the 2013/14 UEFA Champions League group stage.

Meanwhile, for Real Sociedad, goals have been at a premium this Europa League campaign, as they’ve netted under 1.5 goals in six of their seven outings in the competition. In fact, Sociedad’s tally of only five goals scored is the lowest among the teams that came through the group phase. Interestingly, both of their European goals scored away from home this season have arrived beyond the 90th minute. Going back to November 2020, Real Sociedad have only won two of their 11 away matches in all competitions (D5, L3), notching up one goal or less on nine occasions in that span. Imanol Alguacil can find some confidence in the fact his men have avoided defeat in all three Europa League trips this term (W1, D2), keeping a clean sheet twice in the process. 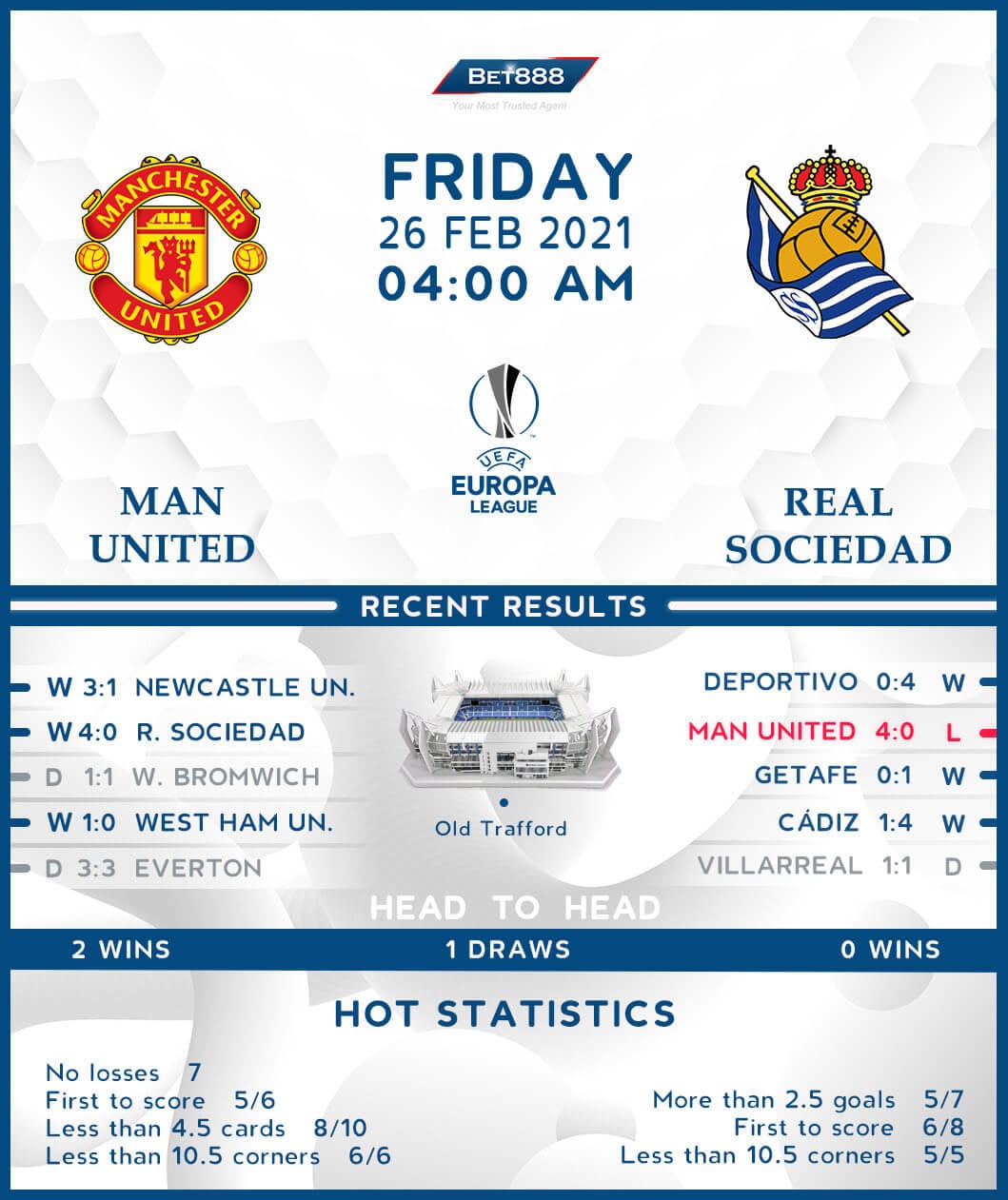