Manchester United and Roma go head-to-head at Old Trafford in the first leg of their UEFA Europa League semi-final tie.

Moving across from the UEFA Champions League group stage for the second time in five years, Manchester United have ousted Real Sociedad, AC Milan, and Granada en route to ensuring a second successive appearance in the Europa League semi-finals. The ‘Red Devils’ relish the prospect of facing Italian adversaries in major European competitions, having suffered just one defeat in their last 12 home games against Serie A visitors (W8, D3). Additionally, Ole Gunnar Solskjaer’s men have won all three of their previous European home meetings with Roma by an aggregate score of 9-1, though the last two have come by the same 1-0 scoreline. Since succumbing to a 1-0 reverse to Borussia Dortmund in the 1996/97 Champions League semis, the Premier League heavyweights have lost none of their seven subsequent home games in European semi-finals (W4, D3).

Meanwhile, Roma made light work of their Europa League Group A campaign, having finished top of the section (W4, D1, L1), the lone defeat courtesy of a 3-1 thumping to CSKA Sofia on Matchday 6. ‘I Giallorossi’ have continued to impress in the competition’s knock-outs, winning all but one of their six elimination fixtures (D1) to overcome Sporting Braga, Shakhtar Donetsk, and Ajax in the previous rounds. However, a trip to England may stir some painful memories, as Paulo Fonseca’s men have failed to land a single victory in their last 12 visits to the country (D4, L8), last beating a Premier League side on foreign soil in February 2001 (1-0 triumph over Liverpool). The visitors can take some confidence from their stunning knock-out form in the Europa League road games this season, having won all three of their outings away from home this spring by scoring precisely twice in each of them. 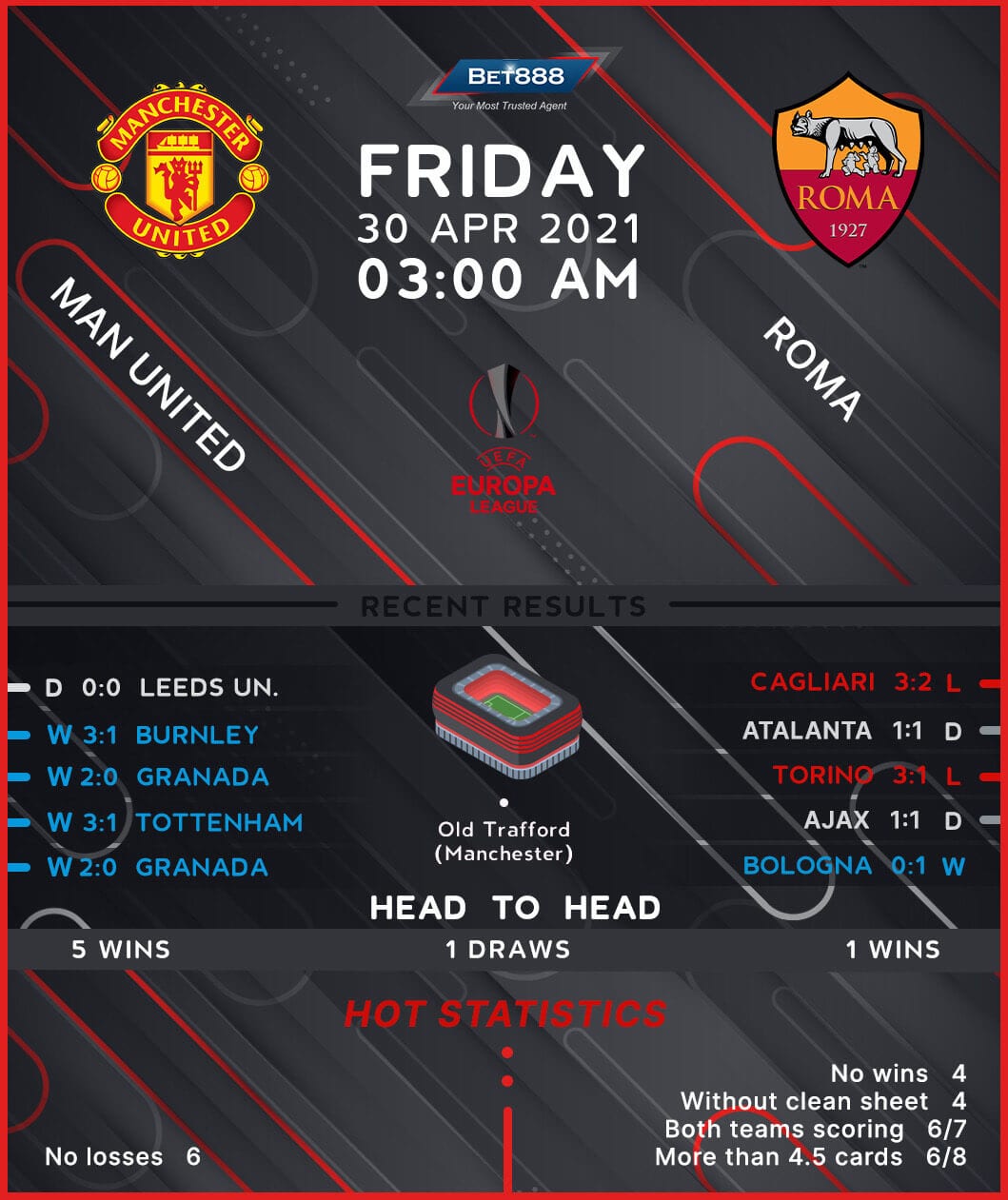