Manchester United head into this encounter on the back of an impressive 13-game undefeated Premier League run (W10, D3), having won three of their four top-flight matches via a single-goal margin since the calendar flipped (D1). It’s worth noting that only a third (12) of United’s 36 top-flight goals scored this season have come on home soil, with Ole Gunnar Solskjaer’s men finding the net within 15 minutes in just two of their nine Premier League home outings so far. However, going back to 1990, the ‘Red Devils’ have won each of their six Premier League meetings with Sheffield United at Old Trafford, netting an average of 2.33 goals in the process. Additionally, Manchester United have won all of their five league matches against the current bottom-five this season, scoring over 1.5 goals in four of them.

On the other hand, Sheffield are sinking without a trace after losing 84.21% of their Premier League matches this season and scoring 0.52 goals per game on average! Worryingly, the ‘Blades’ have lost eight of their nine away top-flight fixtures this term (D1), scoring just four goals while conceding 17 in return. Letting in the opening goal could lead to another upset, considering that Chris Wilder’s men have lost 13 of the 14 Premier League games in which they conceded first this season (D1). That said, Sheffield United face an uphill task of at least scoring here, as they’ve drawn a blank in six of their previous seven competitive trips to Old Trafford, last scoring at this venue in 1993! Bringing the 2019/20 campaign into the equation, Sheffield have scored under 1.5 goals in 20 consecutive Premier League matches on the road! 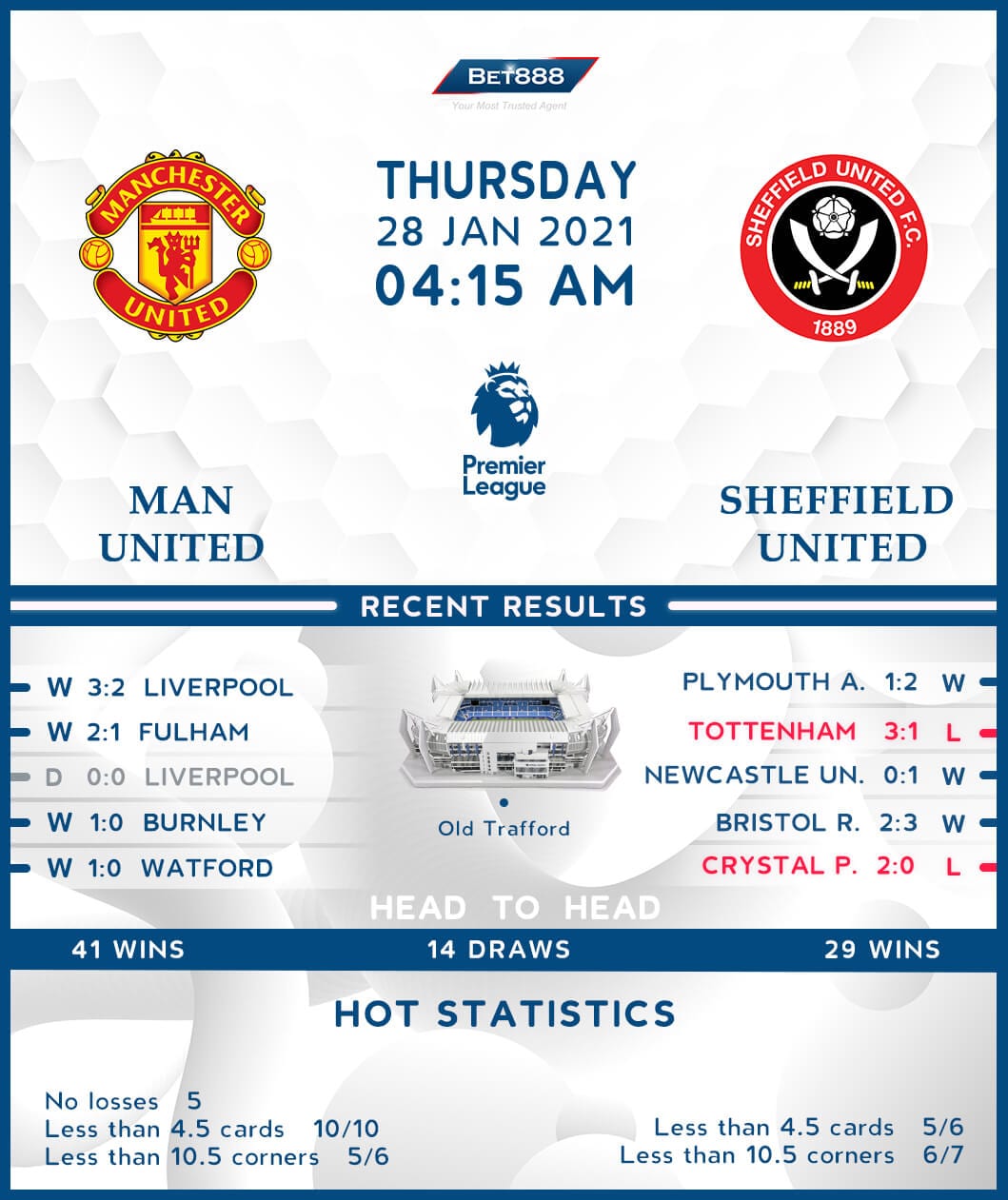