Manchester United will be looking to put their recent Premier League failures behind when they meet out-of-form Southampton at Old Trafford this midweek.

A return of just one victory from Manchester United’s last four Premier League outings (D2, L1) has marked a dip in form for the hosts, who had won three league fixtures on the trot beforehand. Even if the ‘Red Devils’ fall behind, they should have enough character to bounce back, notably recovering a league-high 21 points when shipping the opening goal this Premier League campaign (GP:10 – W7, L3). Interestingly, though, none of these turnarounds have come on home soil where Manchester United lost all three top-flight games in which they conceded the opener. Still, Ole Gunnar Solskjaer’s men will be confident of picking up the points here, as they take on a side they’ve not lost to in any of their last four Premier League H2Hs as hosts (W2, D2), scoring 2+ goals on three of those occasions.

On the other hand, the visitors have lost ground on the top-four places after going from three consecutive Premier League games without losing (W1, D2) to three defeats in a row. For Southampton, goals have been at a premium lately, as they’ve drawn a blank in five of their last seven league matches, netting precisely one goal apiece in the other two. Yet, winning the first half would significantly boost Southampton’s chances of avoiding defeat here, given that they’ve won all but two of the nine Premier League fixtures when doing so this season (W7, D1, L1). But, first-half goals could be in short supply, as only a third of their away league games have featured 2+ goals at half-time (3/9). 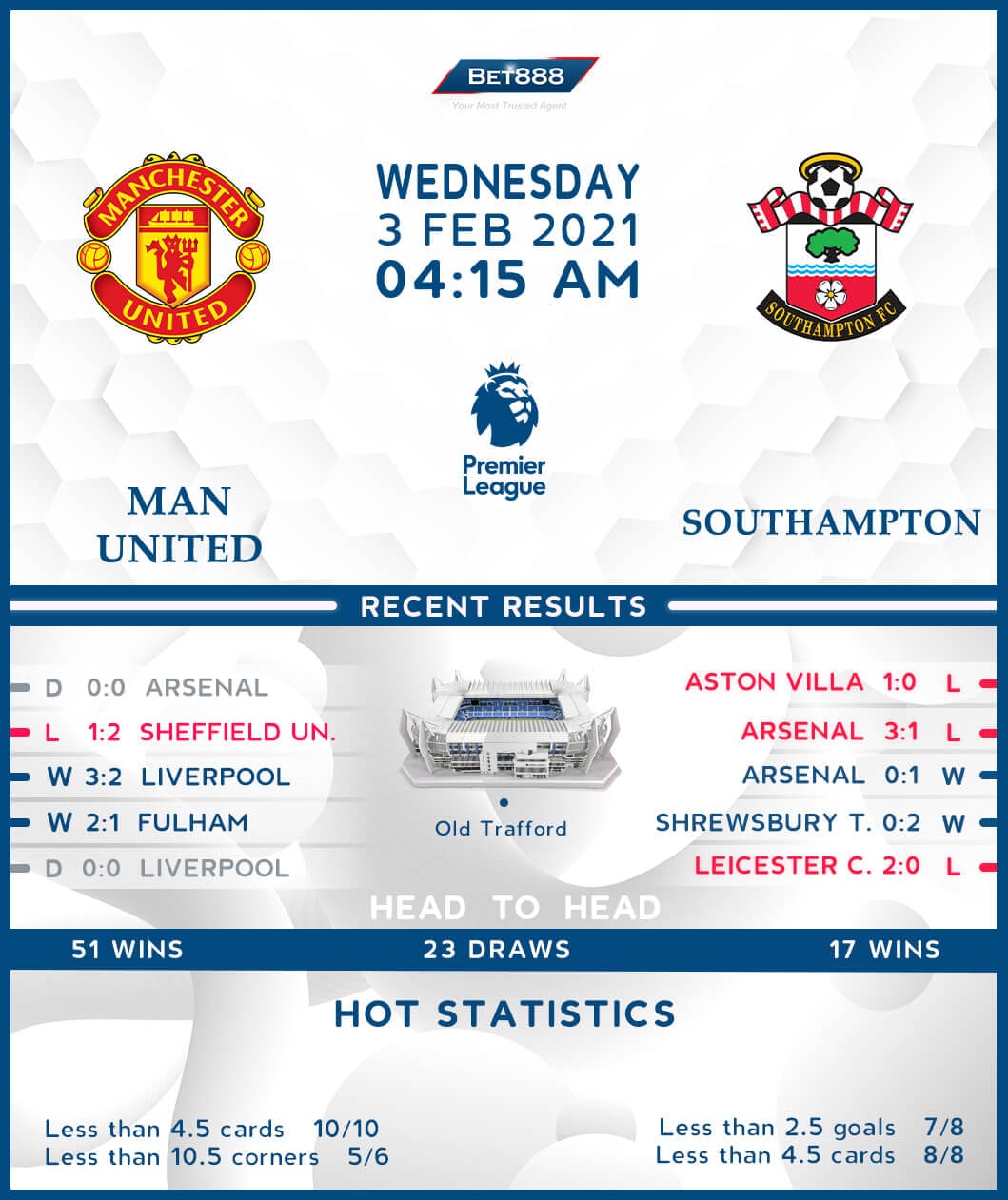