Saturday’s Premier League action gets underway at Old Trafford as Manchester United take on Southampton in a must-win fixture.

Manchester United turned a 1-0 HT lead into a 1-1 draw at rock-bottom Burnley last time out, allowing West Ham to re-establish a one-point cushion in fourth. However, it also means that the ‘Red Devils’ have not lost any of their last 23 Premier League matches in February (W18, D5) since falling to a 2-1 defeat to Manchester City in February 2008. Worryingly, though, Ralf Rangnick’s men have netted just nine goals in their last nine Premier League games on home turf, failing to get on the scoresheet in four of them. On the bright side, Man United have only lost one of their 11 top-flight outings since severing ties with former boss Ole Gunnar Solskjaer (W6, D4), conceding an average of 0.9 goals per match in that sequence.

In the meantime, Southampton came from behind to beat Tottenham 3-2 on the road in midweek, which means that each of their last seven Premier League games on hostile turf has featured over 2.5 total goals. Home and away, the ‘Saints’ are unbeaten in six of their last seven top-flight fixtures (W3, D3), with all of those seven matches seeing both teams on the scoresheet. Another triumph here would see Southampton register back-to-back Premier League away victories from home for only the second time this season. That could be easier said than done, given that the visitors have failed to win any of their last 11 league meetings with Man United (D6, L5) since a narrow 1-0 home success in January 2016. At Old Trafford, Southampton have only won two of their 22 Premier League visits (D4, L16), suffering a horrendous 9-0 defeat in this exact fixture last season. 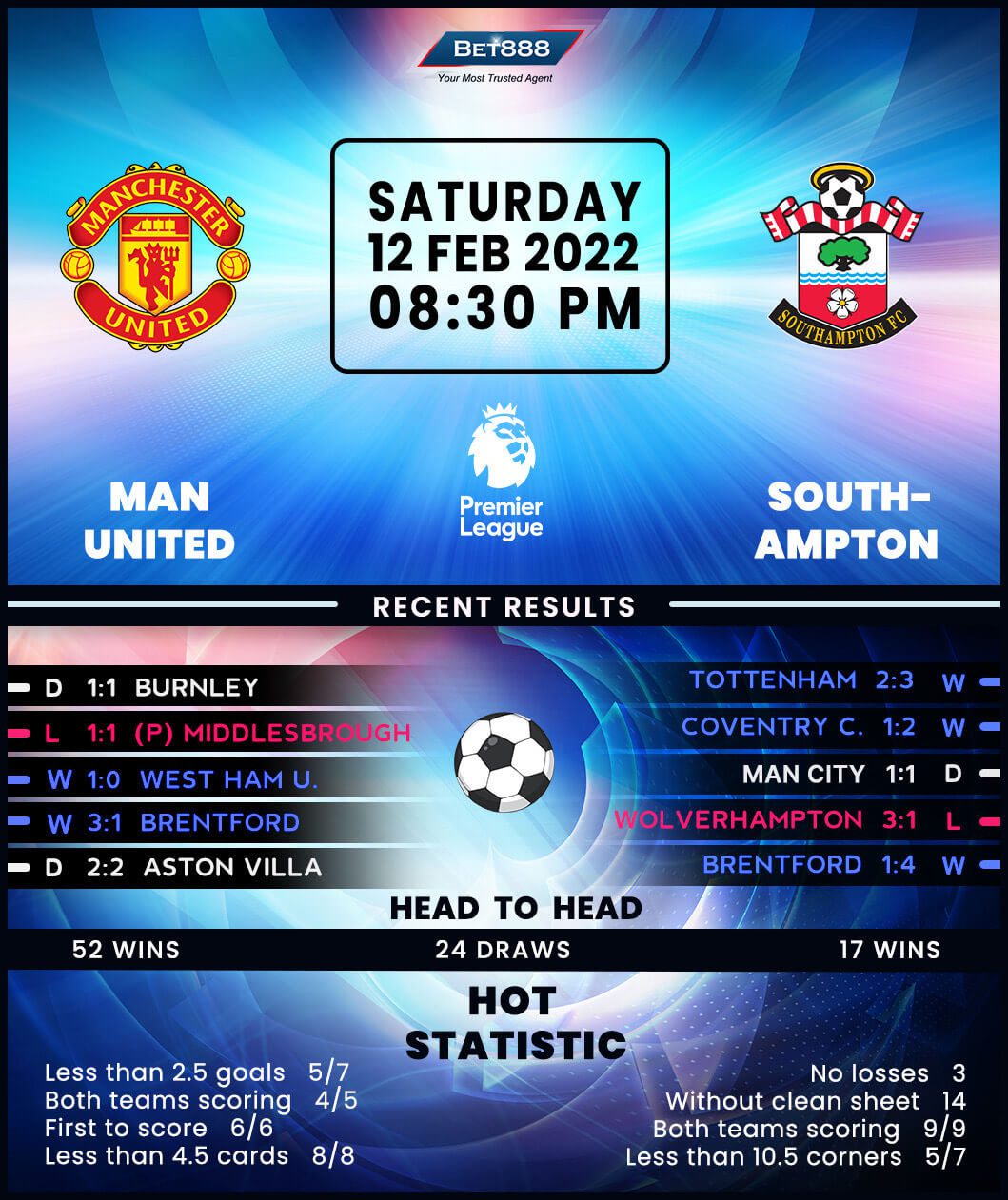