Manchester United and Watford go head-to-head at Old Trafford in the FA Cup third round.

Manchester City dumped Manchester United from the Carabao Cup a few days ago, inflicting the first competitive defeat on the ‘Red Devils’ since early December (W5, D2). What’s more, City are the only side Ole Gunnar Solskjaer’s men have failed to score against across their last 16 fixtures in all competitions. Although only one of United’s ten previous competitive home fixtures has ended in a draw (W6, L3), six of those games have seen one or both teams fail to get on the scoresheet. Despite struggling to establish consistency on home turf, Manchester United must be confident of winning here, as they’ve outscored Watford in each of their last seven competitive meetings held at Old Trafford, keeping a clean sheet on five of those occasions.

On the other hand, the ‘Hornets’ have endured an indifferent form across their last eight competitive matches (W3, D2, L3), with five of the six games won/lost in this sequence seeing the victor preserve a clean sheet. Indeed, low scoring has been a theme for Watford of late, as nine of their 11 previous fixtures in all competitions have featured under 2.5 goals. For Xisco Munoz’s team, goals have been at a premium on the road this season. The ‘Golden Boys’ have drawn a blank in six of their 13 competitive trips thus far, netting precisely one goal per match in the other seven (90 minutes only). At the other end of the pitch, Watford have conceded exactly two goals apiece across their last two away games after keeping a blank sheet in three such contests beforehand. 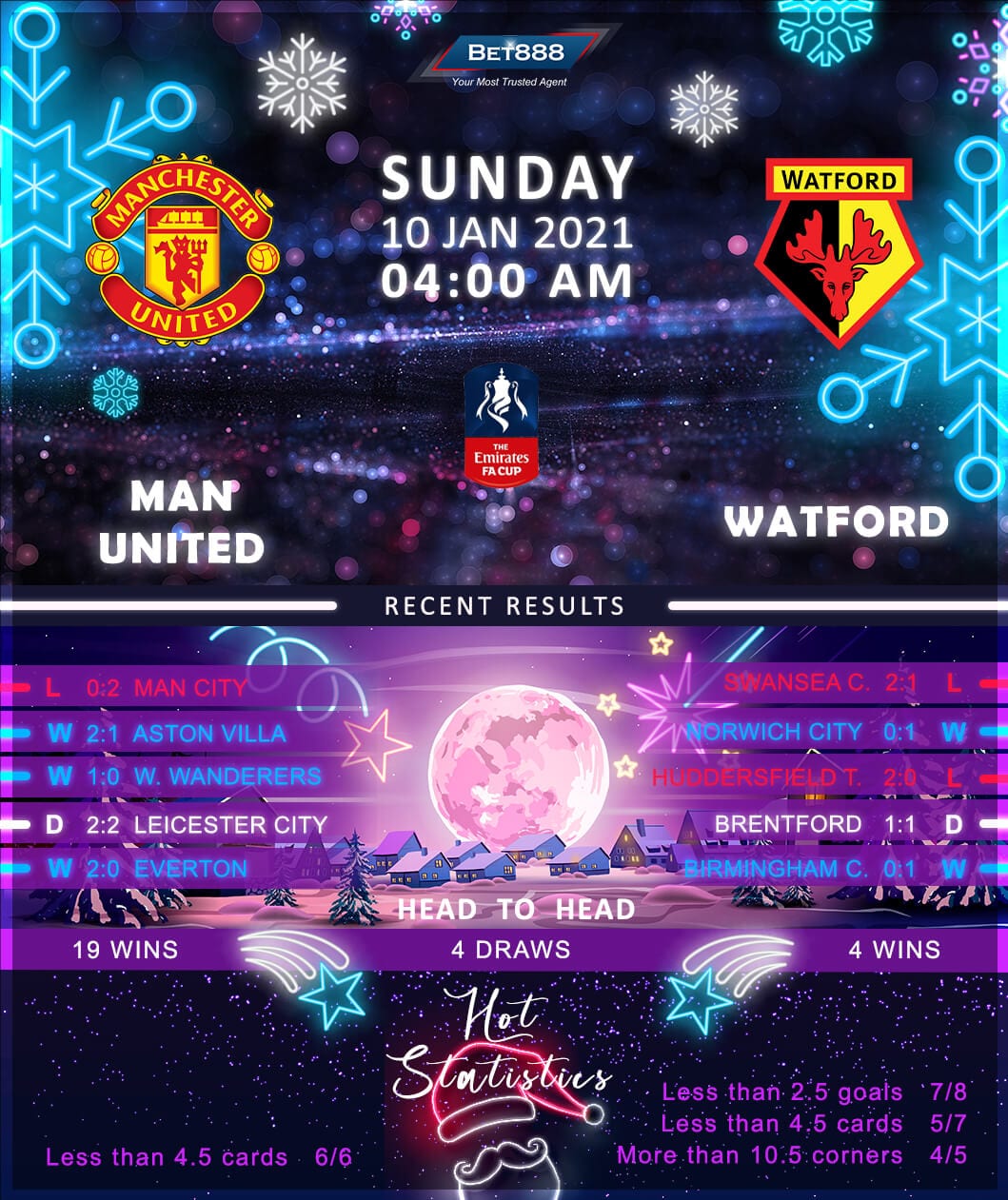