High-flying Manchester United will be looking to get revenge on Watford for an embarrassing result in the first half of the Premier League season when the two sides lock horns at Old Trafford.

Manchester United held Atletico Madrid to a 1-1 draw in midweek Champions League action, taking their unbeaten run across all competitions ten games in a row (W5, D5 – 90mins only). Since a humiliating 4-1 defeat at the hands of Watford in the reverse fixture triggered Ole Gunnar Solskjaer’s sacking, the ‘Red Devils’ have gone unbeaten in 13 of their last 14 Premier League matches (W8, D5). A scintillating 4-2 triumph at Leeds United last time out made it seven straight top-flight outings without a loss for Ralf Rangnick’s side (W4, D3), firing them to fourth in the standings. Man United should feel confident of staying on the upwards trajectory here, considering they’ve never lost a home league meeting with Watford (W11, D2), including seven consecutive Premier League wins in such match-ups.

Meanwhile, Watford’s disappointing 4-1 loss against Crystal Palace last time out left them languishing in the drop zone, four points adrift of safety. After falling to a staggering ten defeats in their last 13 Premier League fixtures (W1, D2), there is no wonder that the ‘Hornets’ carry a reputation as hot relegation candidates. However, an unexpected 1-0 triumph over Aston Villa in their most recent road trip gives Watford a rare opportunity to win back-to-back away matches in the Premier League for the first time since a run of three in August/September 2017. Conceding first would likely dent those ambitions, as the visitors have lost seven out of nine Premier League away games when falling behind this season (W1, D1). Moreover, after scoring just twice in their four top-flight travels this calendar year, Watford will have to keep things tight at the back to stay unbeaten here. 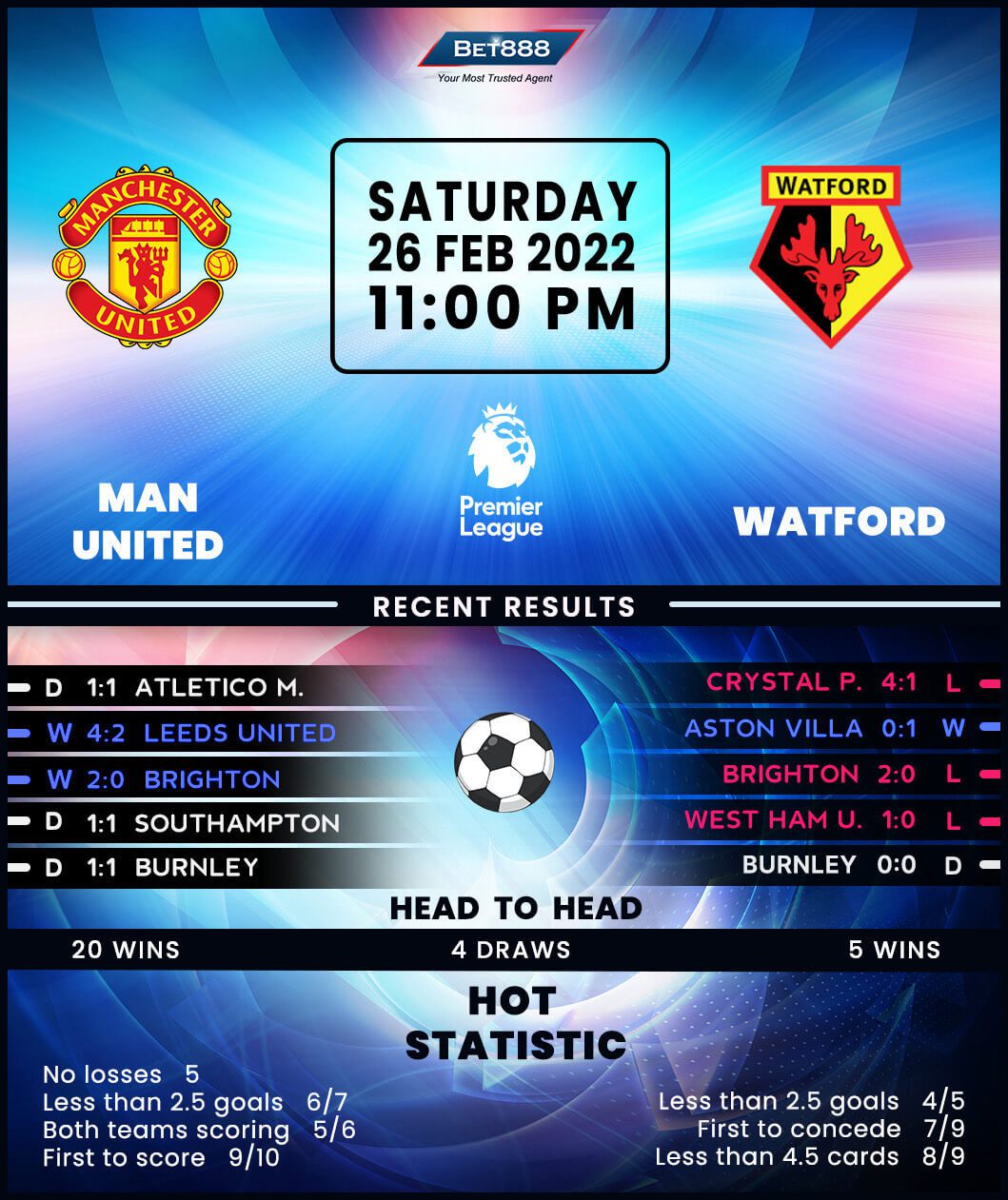