Manchester United have gone undefeated in eight consecutive Premier League matches (W3, D5) since suffering a dismal 2-1 home loss to Sheffield United in late January. A 2-0 away win at Manchester City last time out puts United in a spot to claim back-to-back league victories for only the second time this calendar year. The ‘Red Devils’ head into this encounter having kept a blank sheet in three Premier League games on the bounce and will be looking to avoid conceding four times in a row for the first time under Ole Gunnar Solskjaer. Having run out 3-1 victors at the Olympic Stadium in the reverse fixture, the Old Trafford side will be looking to claim a league double over West Ham for the first time since 2013/14. United will be confident of pulling that off, knowing they have not lost any of their last 12 top-flight H2Hs held at this venue (W9, D3).

Meanwhile, West Ham’s recent drop-off has seen them go from three successive away Premier League victories to back-to-back matches without winning (D1, L1), with each game in that sequence yielding a full-time margin of under 1.5 goals. The clean sheet has been a common theme in West Ham’s recent away fixtures, as six of the last nine in all competitions have seen one or both sides fail to get on the scoresheet. Interestingly, former United boss David Moyes has never won a Premier League fixture at Old Trafford against the ‘Red Devils’ (GP:13 – D4, L9). Delivering action from the onset, the ‘Hammers’ have either scored or conceded inside the opening 15 minutes of play in 46.15% of their Premier League trips this season. Adding to action-packed first-half football, eight of West Ham’s 13 away league games have featured at least one goal before half-time. 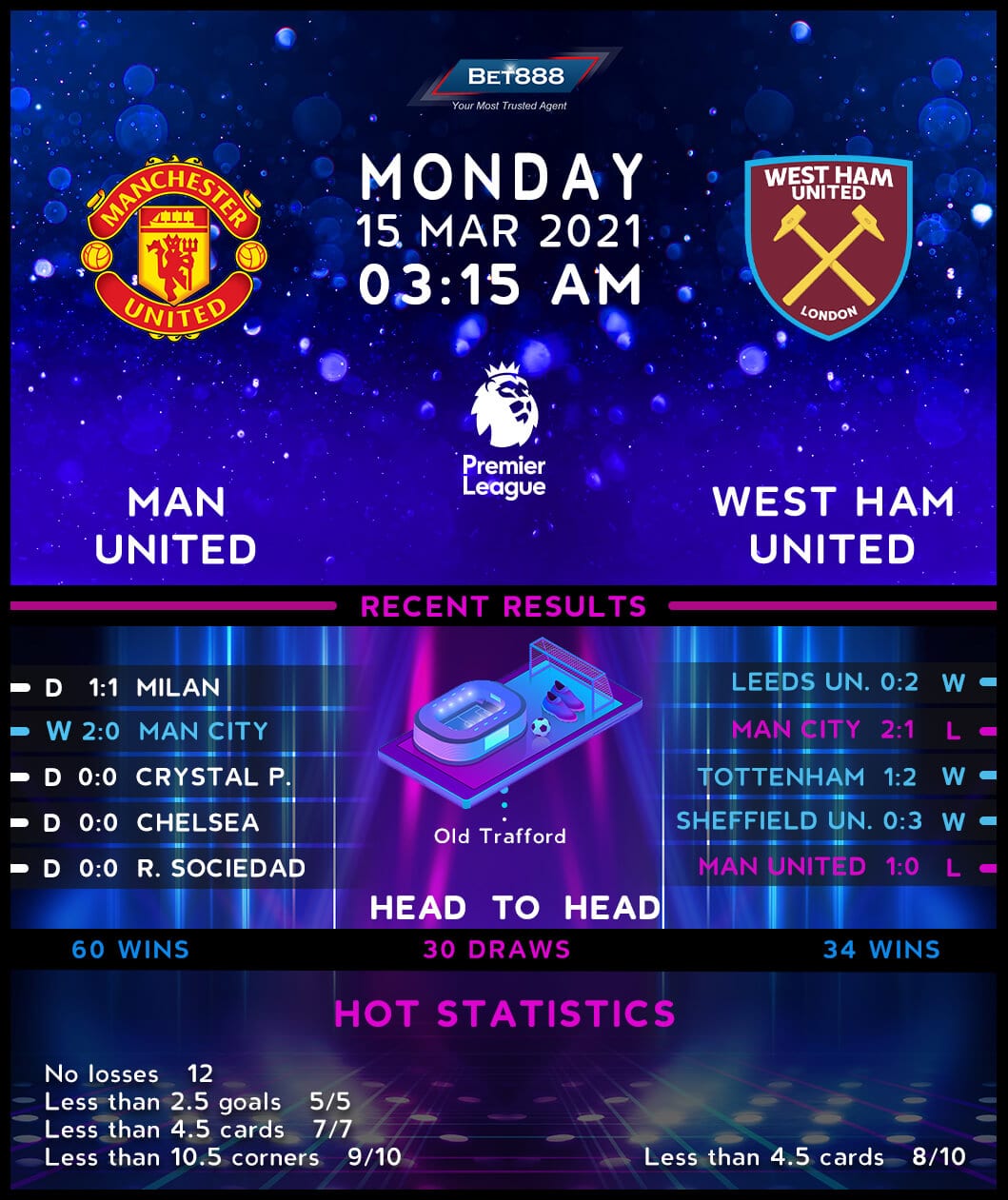