The weekend’s Ligue 1 action closes out at the Stade Velodrome with a handsomely-looking showdown between Olympique Marseille and Montpellier.

Brimming with confidence after a 2-1 Europa Conference League triumph over PAOK made it six successive wins for Marseille, Jorge Sampaoli’s side will look to pour more misery on underperforming Montpellier. ‘Les Olympiens’ have not lost any of their last five Ligue 1 meetings with this opposition (W3, D2), coming from a 2-0 HT deficit to claim a 3-2 victory in the reverse fixture back in August. Coming into this matchday, Marseille have strung together three Ligue 1 wins by an aggregate score of 10-4, including another sensational come-from-behind triumph against Saint-Etienne last time out (4-2). However, they’ve blown hot and cold at home lately, racking up two wins from their last four Ligue 1 outings at the Velodrome while losing the other two without scoring.

Meanwhile, Montpellier succumbed to a 2-1 home defeat to Brest last time out, meaning they’ve only won once in their last five Ligue 1 fixtures (D1, L3). Interestingly, since drawing 1-1 at Troyes in September, none of Montpellier’s subsequent 11 away league matches have ended level (W5, D6). Yet, the visitors’ patchy form has seen them alternate between victories (2) and defeats (2) across their last four Ligue 1 travels. Three of those four results (win/loss) yielded a two-goal margin, with the last two featuring the same 2-0 scoreline. Montpellier’s hopes of establishing any form of consistency on the road may have to wait for a better opportunity, as they’ve won a miserable 8% of their away meetings with Marseille in Ligue 1 (2/26). 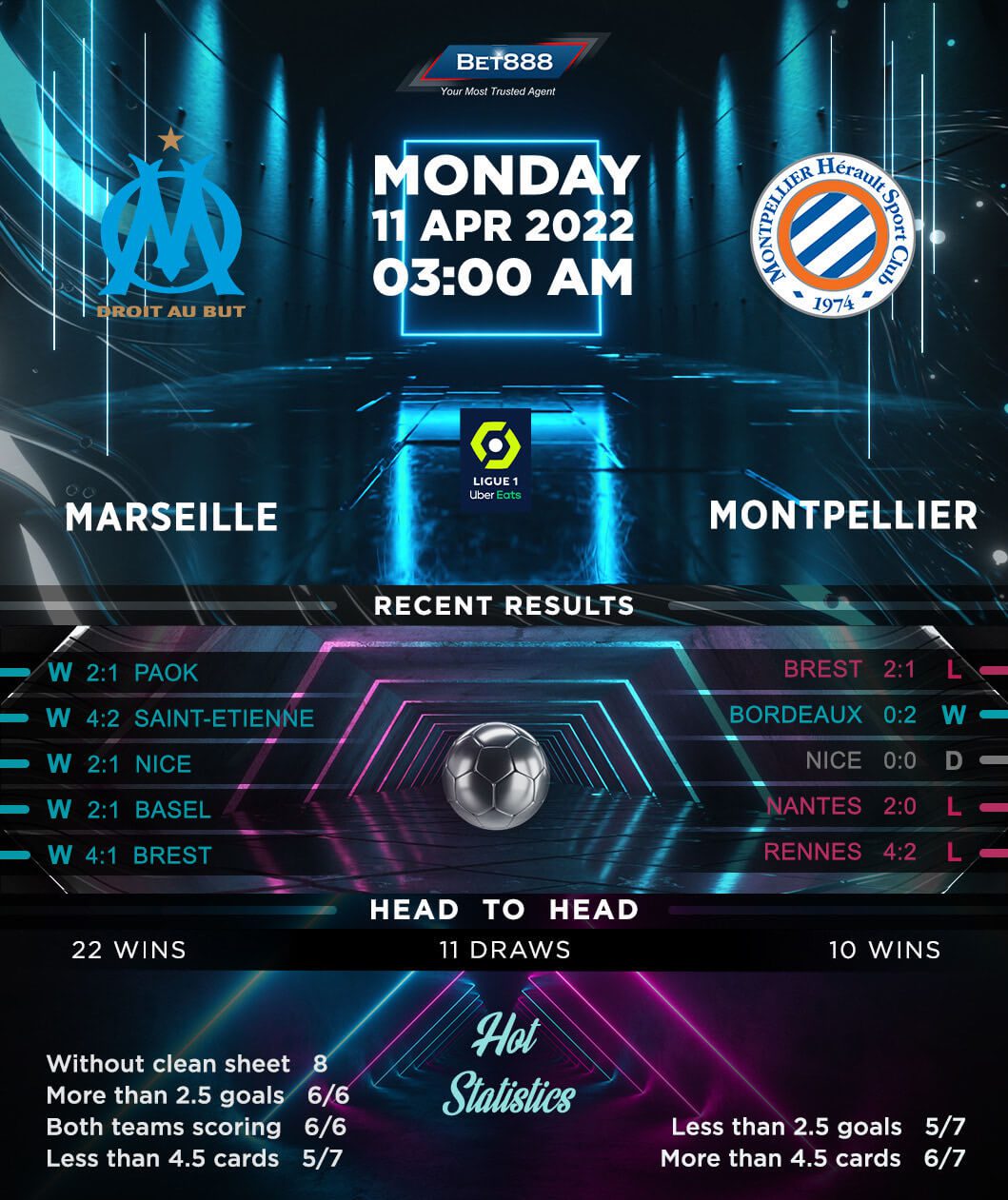