Metz and Rennes go head-to-head at the Stade Municipal Saint-Symphorien in a mid-table Ligue 1 showdown, with just a single point separating the sides ahead of the kick-off.

Metz have experienced mixed fortunes in their last seven Ligue 1 outings (W2, D2, L3), with each game won/lost in that time yielding a single-goal margin and three producing the identical 2-1 scoreline. A lack of firepower in the final third has seen the home side score under 1.5 goals in five of their previous six home league matches, ending up on the winning side only once in the process (D3, L2). Additionally, ‘Les Grenats’ have failed to beat Rennes in any of their last eight top-flight meetings held at this venue (D6, L2), all of which have featured under 2.5 FT goals. The first-half deficit could lead to Metz’s demise, considering they have lost four of the five league fixtures in which they were trailing at half-time this season (D1, L4).

Meanwhile, Rennes picked up an all-important 1-0 home victory over Strasbourg last time out, bringing their dismal eight-game winless streak in Ligue 1 to a halt (D2, L6). However, a lack of goals continues to trouble ‘Les Rennais,’ who have now scored one or less in each of their previous nine league outings. Indeed, only one side sitting in the upper half of the table has netted fewer Ligue 1 goals than Rennes (34) this term, only a handful of which (44.12%) have come in the first half of play. Just four sides have conceded the opening goal in more league games than Bruno Genesio’s men (16) this term, with Rennes rescuing the division-high 15 points from losing positions (W4, D3, L9). Early action should be discounted, though, as only 21.43% of the visitors’ away Ligue 1 fixtures this season featured a goal inside the first 15 minutes of play. 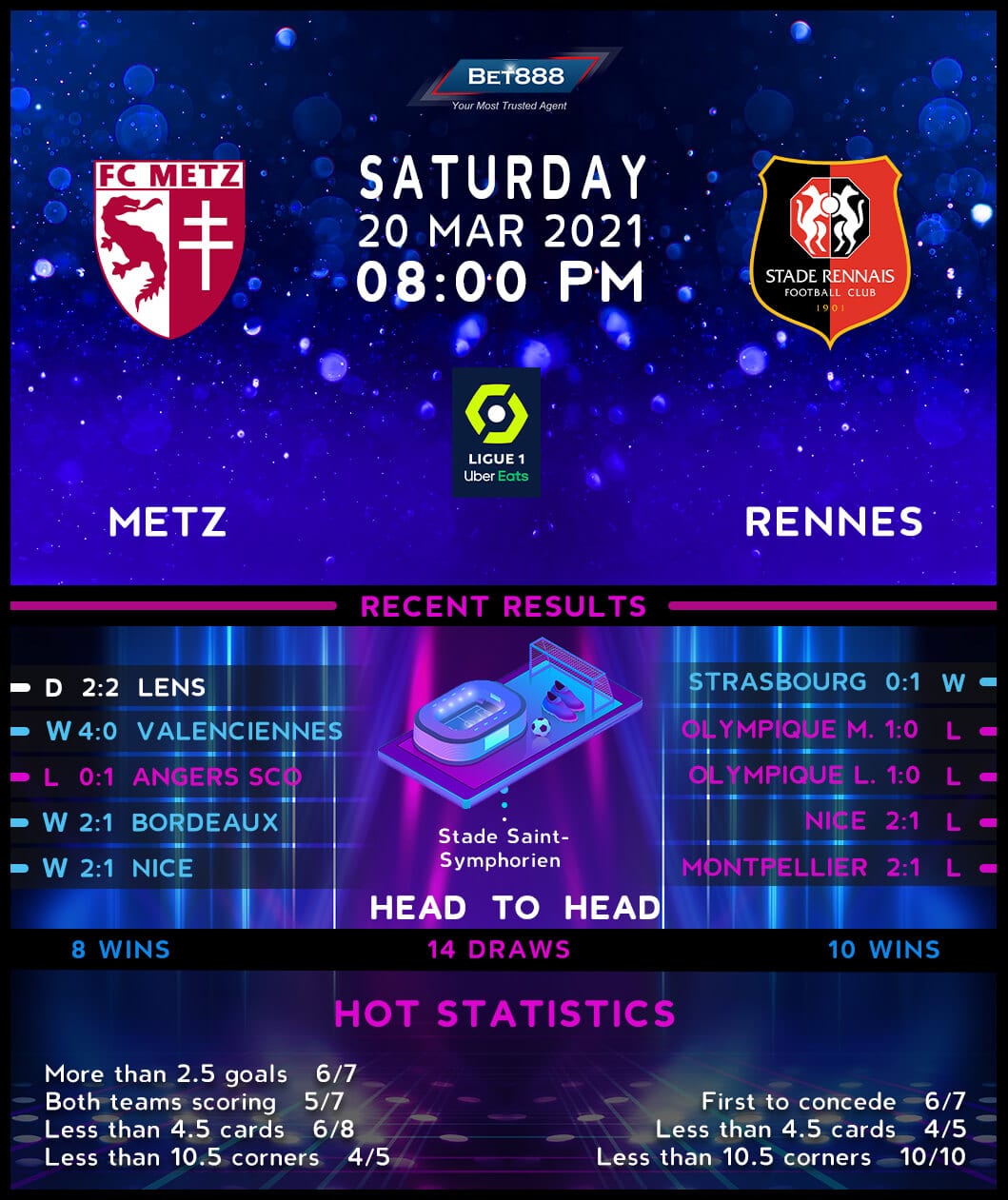