Mexico and Iceland go head-to-head at the AT&T Stadium, Arlington, in an international friendly challenge.

Mexico haven’t drawn any of their last four matches (W3, L1) since being held to a 2-2 draw to Algeria in an international friendly in October 2020, with three of the four games (won/lost) in that period featuring a narrow one-goal margin. Topically, none of their last six meetings with European nations have ended level (W3, L3), with each of those matches seeing the victor keep a clean sheet and four yielding the identical 1-0 scoreline. Additionally, each of their four internationals against Iceland in the 21st century has seen one or both sides fail to score (W2, D2), with three of those encounters producing under 1.5 FT goals. The first-half action has been at a premium in Mexico’s recent internationals as two of the last three have seen a goalless half-time score.

Meanwhile, Iceland’s 4-1 away thumping of Liechtenstein in their most recent outing rounded off a run of seven consecutive defeats, four of which saw them fail to get on the scoresheet. Before the abovementioned with at Liechtenstein, Iceland had suffered six straight losses on foreign soil by an aggregate score of 18-3. Lapses of concentration after the half-time break have seen six of Iceland’s last eight goals conceded away from home come in the second half of play. Even though they’ve struggled for form in the past nine months, Arnar Viðarsson’s men have been fun to watch, as nine of their last ten matches have featured 3+ FT goals, friendlies included. 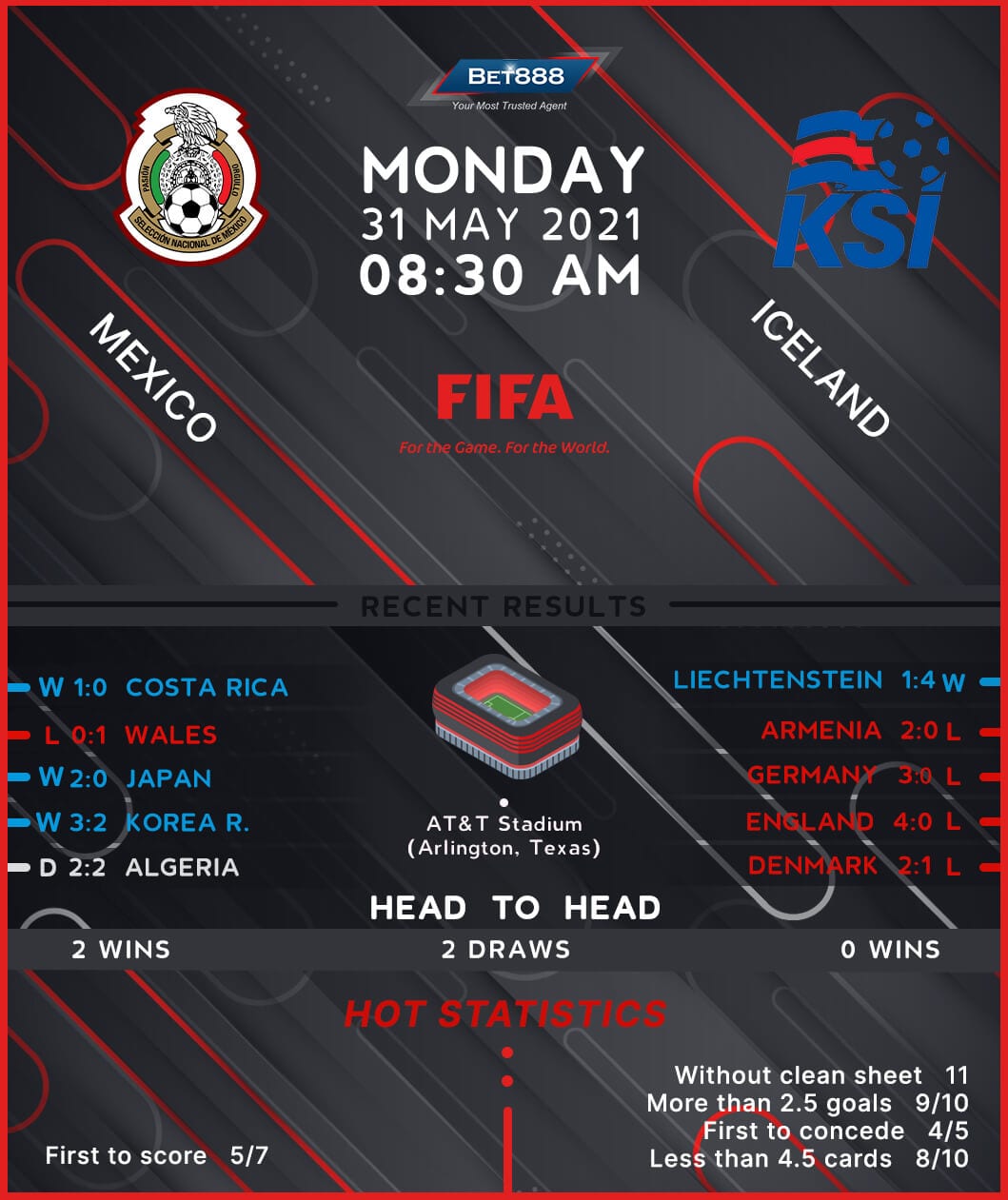