Whatever the outcome, an exciting 2022 FIFA World Cup Group C opener between Mexico and Poland will make it into the history books. Indeed, this fixture will take place at 974 Stadium, the first-ever temporary venue to host a World Cup contest made of 974 recycled shipping containers.

Since Argentina are widely expected to seize the top place in Group C, a keenly-contested battle for a runner-up spot in this group should go down to Mexico and Poland, provided Asian minnows Saudi Arabia fail to achieve a ‘once-in-a-lifetime’ upset. The Mexicans have earned their eighth consecutive World Cup appearance and their 17th overall, with no team playing more matches (57) without ever reaching the grand final. But they’ve at least established themselves as a permanent fixture in the knockout rounds, having progressed beyond the group stages in each of their last eight World Cup appearances. It’s worth noting that Gerardo Martino’s men registered more shutouts (8) during the third round of CONCACAF qualifying for this year’s World Cup than any other nation, highlighting their backline as the team’s strong suit.

On the other hand, Poland’s proneness to underperforming at major international tournaments has seen them fail to make it out of the group stages in six of their seven appearances at the World Cups and European Championships in the 21st century. Speaking of their struggle at the big scene, the Poles have only won one of their eight previous World Cup opening fixtures (D3, L4), courtesy of a 3-2 victory over Argentina in 1974. Despite having the world’s most prominent No9 Robert Lewandowski spearheading the attack, Poland’s last five goals at the World Cups have come from set-pieces, with their most recent goal from open play at the tournament dating back to 20 years ago. 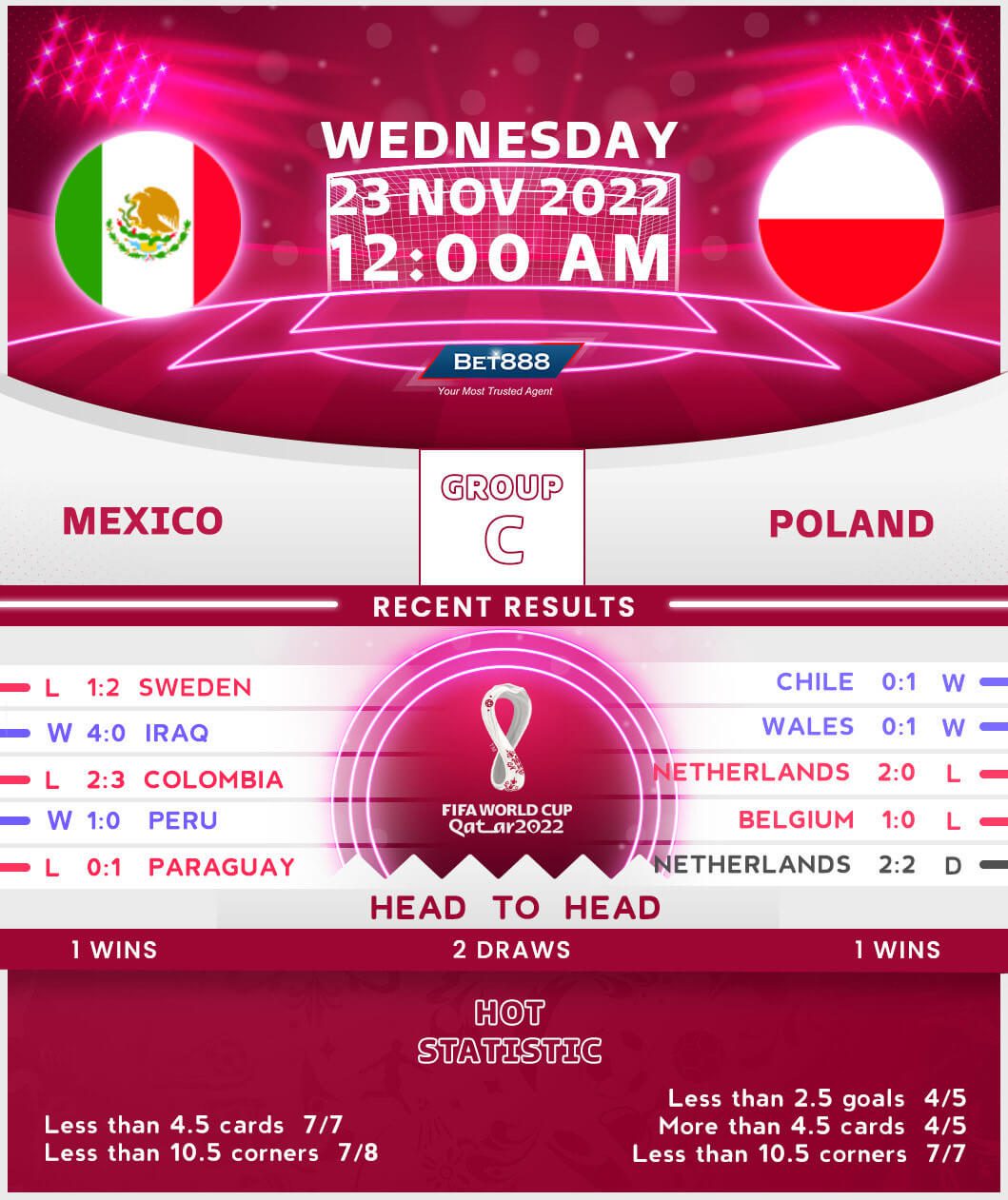