Arsenal will be looking to maintain their unbeaten record against Norwegian clubs (W4, D1) when they meet Molde at the Aker Stadion in the UEFA Europa League.

Before suffering a 4-1 loss to Arsenal in the reverse fixture, Molde had enjoyed a 100% start to their Europa League group stage campaign. Indeed, they had beaten both Dundalk and Rapid Vienna by single-goal margins, with the winning goal in each coming no earlier than the 65th minute. In fact, two-thirds of Molde’s Europa League goals scored/conceded this season arrived in the second half of play (6/9). Despite enduring mixed fortunes in their seven home matches in the Europa League group stage (W3, D1, L3), the Norwegians must be confident of getting on the scoresheet, as they’ve failed to score in just one of their seven such contests so far. Notably, Molde have suffered only one defeat in their last 18 European home matches (W12, D6), qualifying included.

Meanwhile, the visitors have hit the ground running in Group B as they head into this encounter looking to extend a perfect three-game winning Europa League start. Each of Arsenal’s wins in that same run of fixtures witnessed the ‘Gunners’ score over 1.5 goals in one half, with two seeing them keep a clean sheet in the first 45 minutes of play. Mikel Arteta’s men have been scoring practically at will in Europe lately, finding the net in 19 consecutive such outings and netting a total of 43 in that time. Remarkably, the London giants have suffered just one loss in their last 14 away matches in the group stages of European competitions (W10, D3), with that lone defeat coming in 2017. 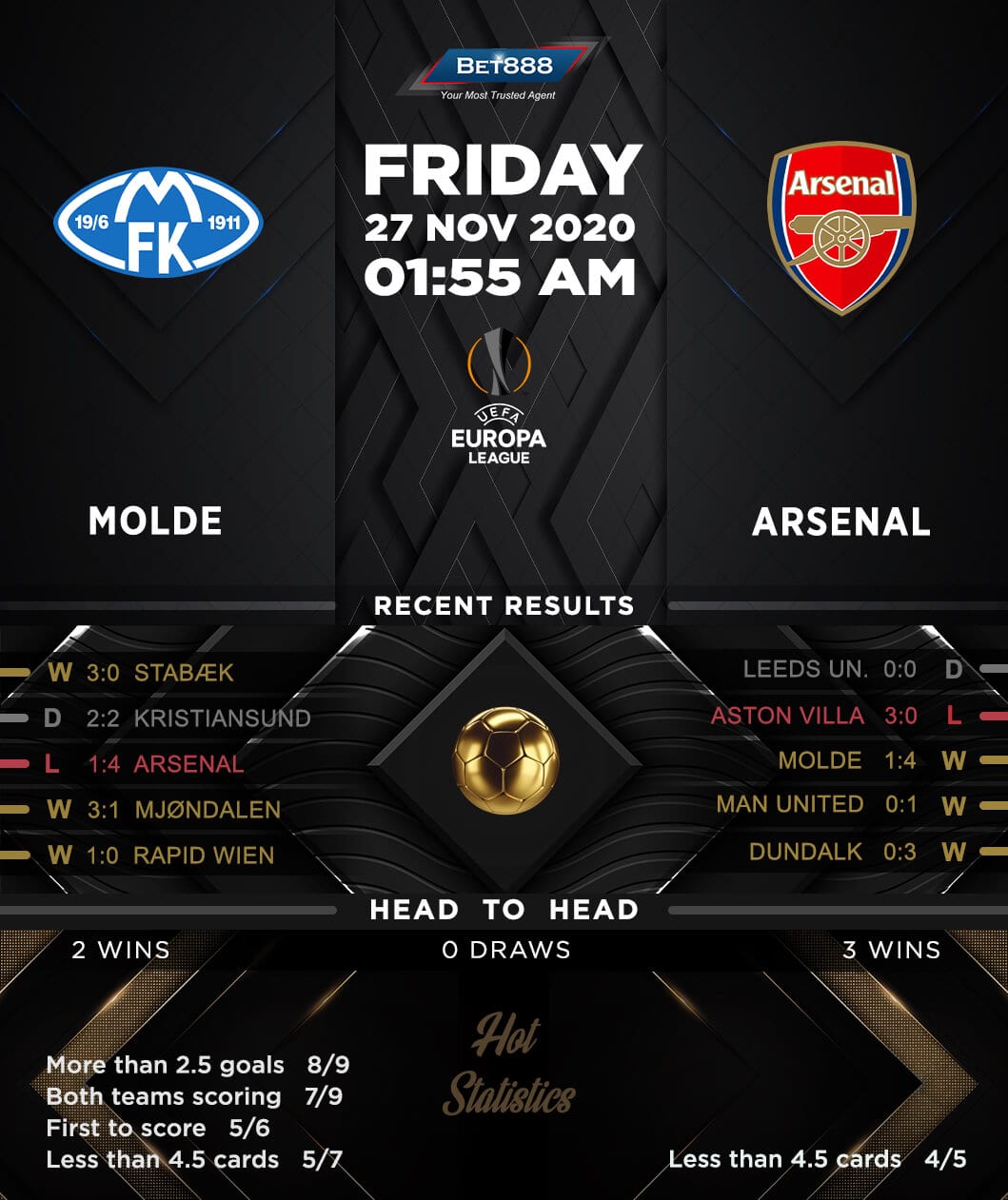