Monaco and Lille will trade tackles at the Stade Louis II in a titanic Ligue 1 clash, which could propel the hosts back into contention for the league title.

A 1-0 loss at Strasbourg last time out saw Monaco’s impressive 12-game unbeaten Ligue 1 streak come to a halt (W10, D2), and it was the first time since mid-December that they had failed to score in a league match. However, ‘Les Monégasques’ have not lost any of their last six Ligue 1 outings at home (W4, D2), scoring over 1.5 goals on each occasion. Monaco’s attacking set-up usually sparks into life after the interval, as evidenced by the fact that 65.63% of their total league goals scored at home this season arrived in the second half of play (21/35). Moreover, Niko Kovac’s men boast the ability to finish off their home matches strongly, having scored beyond the 75th minute in six of their 14 home Ligue 1 games without conceding.

Meanwhile, since succumbing to a 2-1 home defeat to Angers on Matchday 18, Lille have gone undefeated in ten consecutive Ligue 1 fixtures (W8, D2), with both of those draws arriving in the last four league games. Indeed, the visitors are enjoying their best-ever winning Ligue 1 run away from home (7) and will be looking to equal the division’s best such streak with another success here. As ever, starting well will be a priority, especially given that Lille have won all eight away league matches in which they were ahead at half-time this season. However, ‘Les Dogues’ have failed to pick up all three points in each of their previous eight top-flight trips to the Frech principality (D4, L4), drawing a blank in four of them while scoring precisely once in the other four. 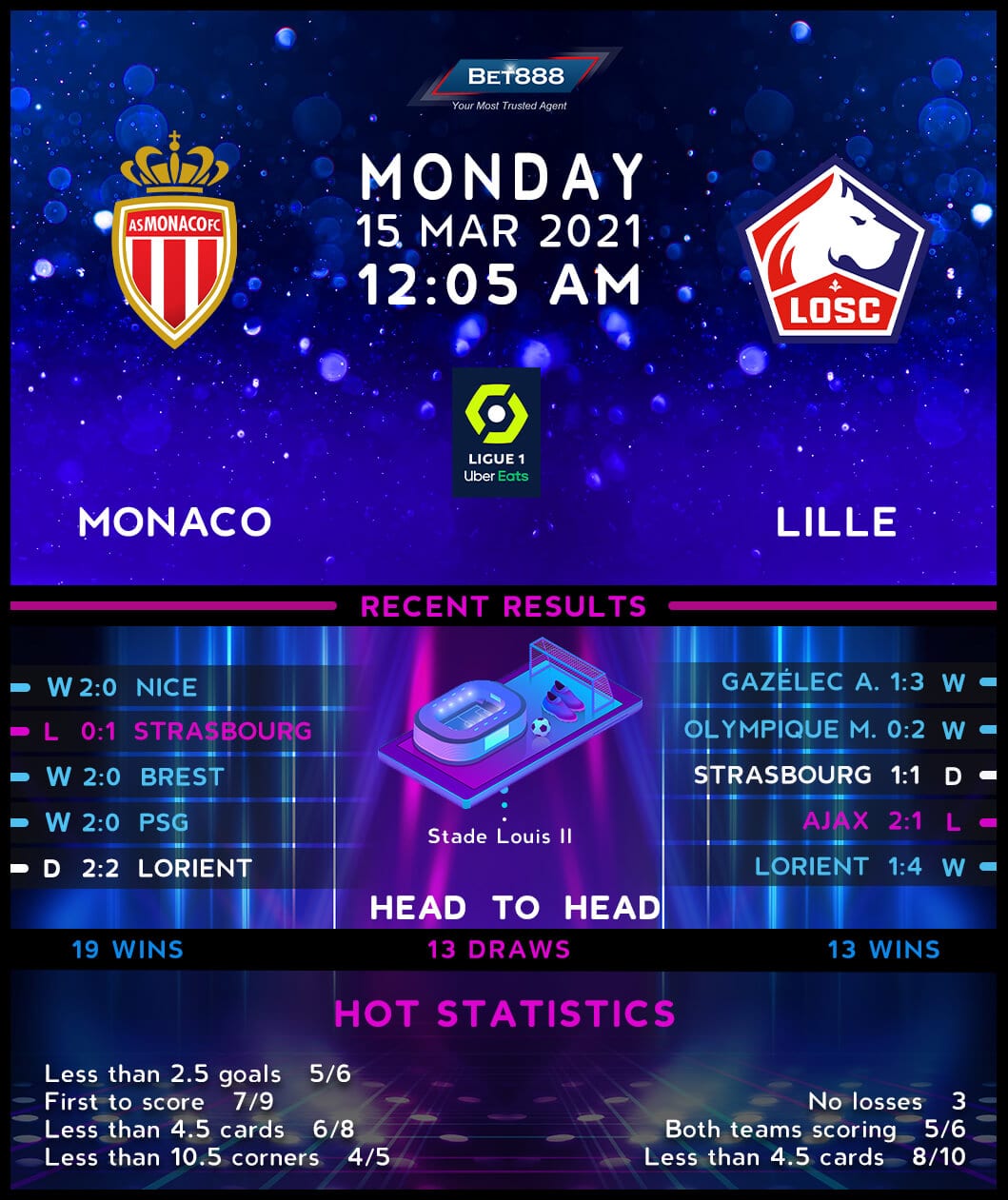