Monaco and Metz are set to square off at the Stade Louis II in a potentially high-scoring Ligue 1 fixture. Three of their last four competitive H2Hs have contained over 2.5 goals.

High-flying Monaco have succumbed to a single loss in their last 15 Ligue 1 matches (W11, D3), a sequence that keeps them within a four-point distance from table-toppers Paris Saint-Germain. ‘Les Monégasques’ have turned into a force to be reckoned with since the calendar flipped to 2021, accruing more league points (32) than any other side this year (W10, D2, L1) and scoring the most goals (32) in that sequence. After registering a shutout in both of their previous Ligue 1 outings, Monaco could keep three consecutive clean sheets in the top-flight for the first time since November 2017. It may well be the case here, given that they have kept Metz at bay in six of their last seven Ligue 1 H2Hs held at this venue. Niko Kovac’s men have recorded 64.71% of their total league goals conceded at home this term before half-time (11/17).

Meanwhile, Metz headed into the international break on a three-game winless Ligue 1 streak (D1, L2), conceding the first-half opener on each occasion. However, the visitors have netted over 1.5 goals in three consecutive Ligue 1 trips going into this matchday (W2, D1), something they last managed to do in 2002. Their unbeaten away run hangs by a thread here, considering they have failed to beat Monaco in any of their last 11 top-flight H2Hs in the French principality (D4, L7). To optimize their chances of winning, ‘Les Grenats’ will need a quick start, knowing they have won 83.33% of the Ligue 1 fixtures in which they were ahead at half-time this term (GP6 – W5, D1). Yet, Frédéric Antonetti’s men have demonstrated admirable mental fortitude this season, bouncing back in 55.56% of the away league matches in which they conceded first (GP9 – W2, D3, L4). 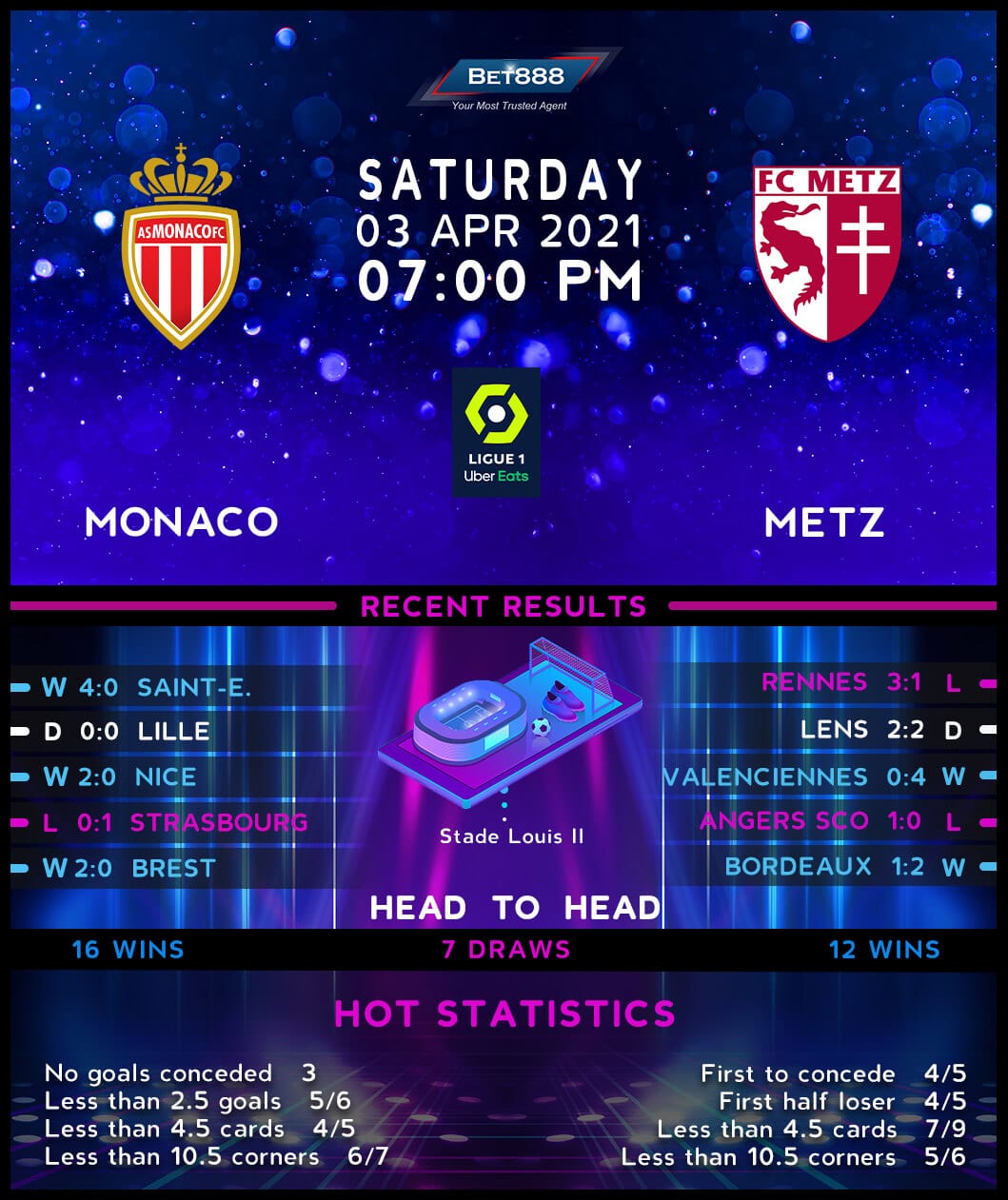