High-flying Monaco have suffered just one reverse in their last 19 Ligue 1 fixtures (W15, D3), courtesy of a 1-0 defeat at Strasbourg on Matchday 29. Since being held to a bore draw to Lille in mid-March, ‘Les Monégasques’ have gone into overdrive, winning each of their five subsequent league games by an aggregate score of 15-0 and closing the gap on top-placed Lille to just two points. Remarkably, Niko Kovac’s men have achieved a shutout in each of their last nine matches in all competitions and are one game away from setting a new club record. Too hot to handle at the Stade Louis II, Monaco have accrued 38 home points this Ligue 1 season, at least four more than any other side (W11, D5, L1), and are undefeated in their last nine top-flight fixtures at home (W6, D3).

Meanwhile, Lyon threw away a 2-0 home lead against Lille last time out (3-2 loss) and saw their hopes of lifting their first Ligue 1 title in 13 years go out the window. ‘Les Gones’ have experienced mixed fortunes over their last six league matches (W2, D2, L2), five of which saw both teams score. On the bright side, though, Rudi Garcia’s men have gone undefeated in 15 away Ligue 1 games on the bounce (W9, D6) since a 2-1 defeat to Montpellier in mid-September. Adding to their confidence, the visitors have scored in 16 consecutive road trips across all competitions in the build-up to this fixture, setting the club record in the process. Quick out of the blocks, Lyon have scored the second-high 17 first-half goals on the road this term. 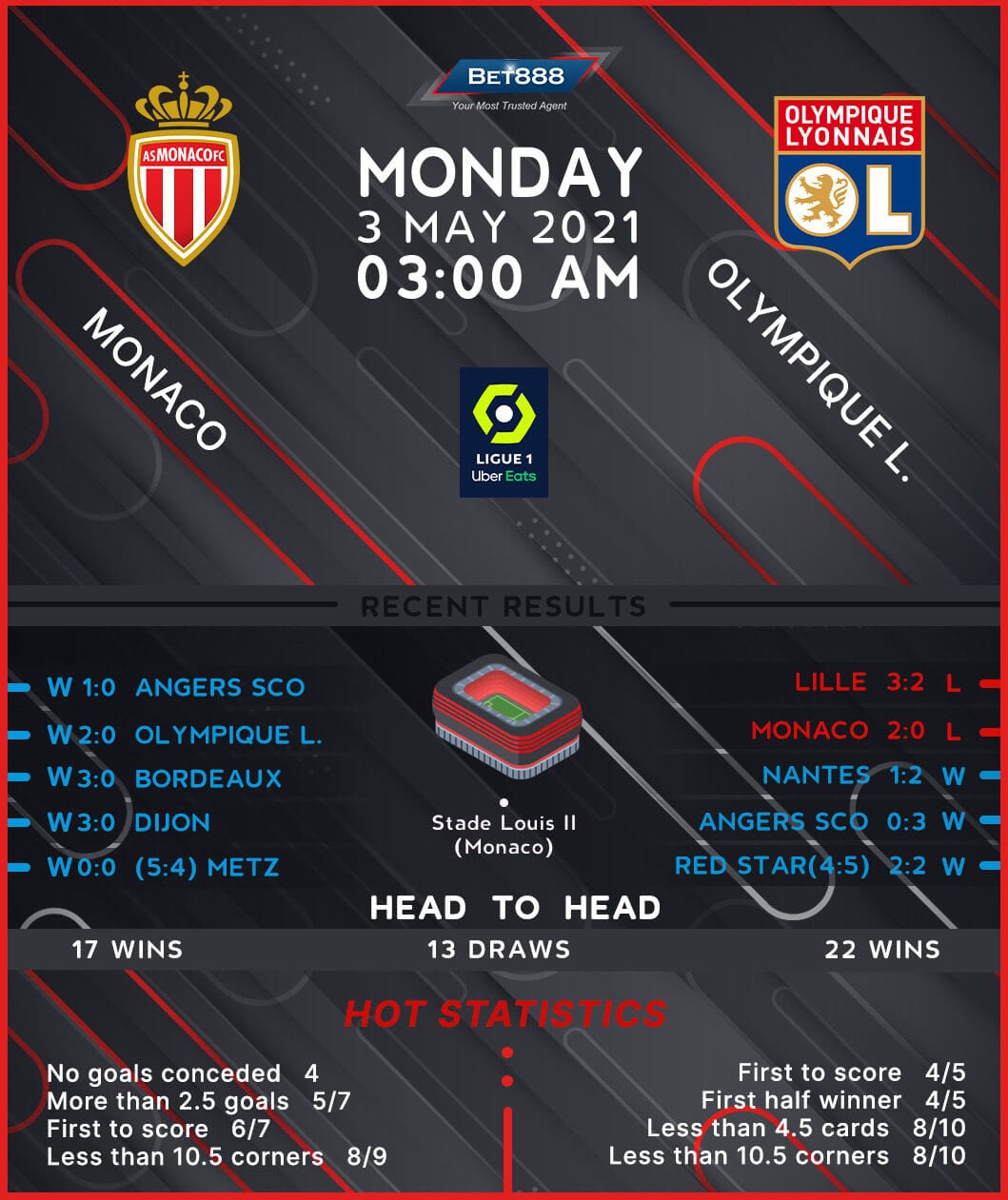