Stade Louis II is the venue as Monaco and PSG go head-to-head in a mouth-watering Ligue 1 showdown.

It has been a dismal month of March for Monaco thus far. They’ve followed up a disappointing Coupe de France semi-final exit at the hands of Nantes with a 3-1 aggregate defeat to Sporting Braga in the Europa League round of 16. Things are not looking any better for Philippe Clement’s side in Ligue 1, as they head into proceedings have failed to win their last four league games in a row (D2, L2). With no victory from their last two Ligue 1 matches at home (D1, L1), Monaco’s return to the Stade Louis II for the first time since late February could be meaningless. PSG’s visit to the French principality could put Clement under even more pressure, as ‘Les Monegasques’ have only won once in their last five top-flight meetings with this opposition (D2, L2).

Despite suffering another underwhelming European season, table-topping PSG are on the verge of recovering domestic supremacy from defending champions Lille. ‘Les Parisiens’ enter this round with a staggering 15-point lead on second-placed Marseille, having comfortably dispatched basement boys Bordeaux 3-0 last time out. Paris have developed a habit of faltering on hostile turf of late, with just three victories from their previous ten Ligue 1 away matches (D4, L3), including a brace of defeats in the build-up to this clash. Moreover, PSG have netted under 1.5 goals in five of their last six league fixtures outside the Parc des Princes, further underlining the lack of on-field understanding between their standout stars. Having lost this exact match-up 3-2 back in 2020/21, Paris may not necessarily defy their form wobble on the road. 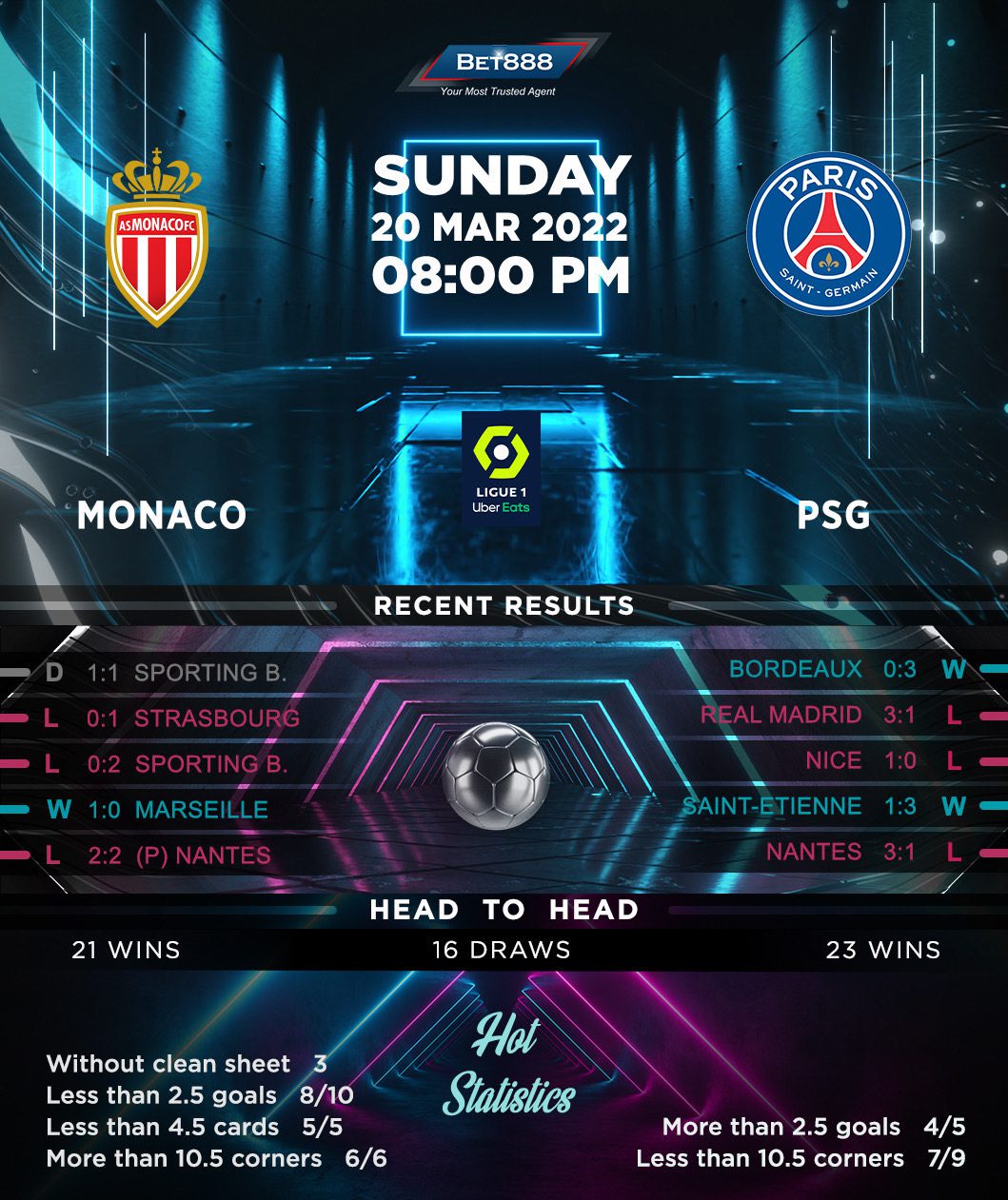