Stade de France is the venue as Monaco and Paris Saint-Germain go head-to-head in the Coupe de France final.

Monaco have been quite convincing in the Coupe de France this term, having won three of their five games in the competition by a full-time margin of 2+ goals. This will be Monaco’s first appearance in the Coupe de France final since 2010 when they suffered a 1-0 extra-time defeat precisely to PSG. ‘Les Monégasques’ last won this competition in 1991, overcoming Marseille in the final by a narrow 1-0 scoreline. But there must be plenty of optimism in the Monaco camp as Niko Kovac’s side head into proceedings having lost just once in their last 13 matches in all competitions (W10, D2). Another bright spot has been their ability to hold their ground, with the club from the French principality registering a shutout ten times during the aforementioned 13-game sequence.

PSG coasted to the Coupe de France semi-finals, having won their opening four matches in the competition by an aggregate scoreline of 12-0. However, ‘Les Parisiens’ had to survive a penalty shoot-out drama against Montepellier in their semi-final tie en route to setting up their seventh consecutive appearance in the Coupe de France final. Mauricio Pochettino’s men came out victorious in six of those seven competition’s showcases, barring a penalty shoot-out defeat to Rennes in 2019. Ahead of the kick-off, the perennial Ligue 1 champions have claimed just one win in four games in all competitions, if considered only 90 minutes of play (D2, L1). Additionally, PSG have lost both of their Ligue 1 meetings with Monaco this season, with four of their five goals conceded across those fixtures coming beyond the 50th minute. 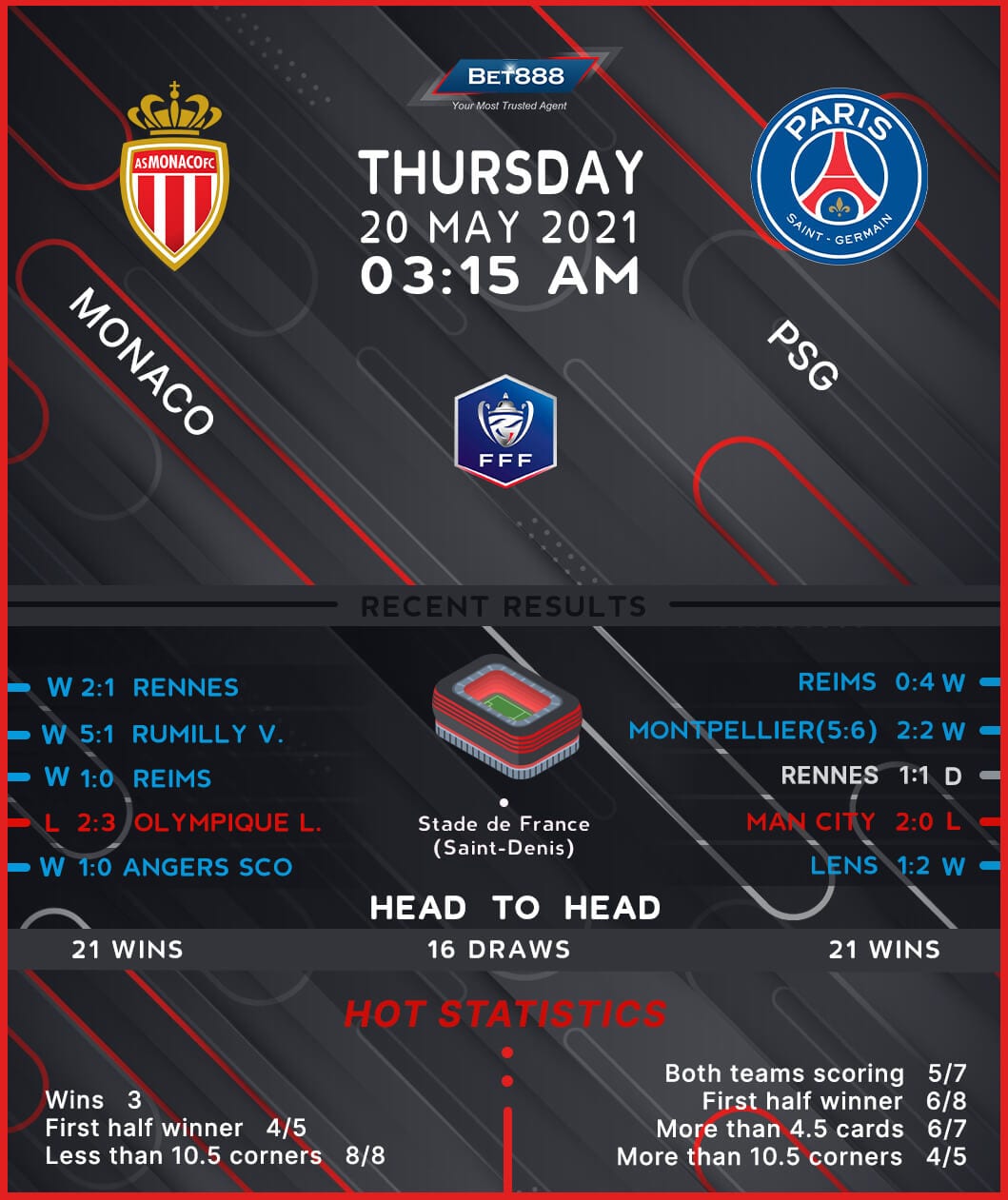