Montpellier and Bordeaux go head-to-head at the Stade de la Mosson in a mid-table Ligue 1 clash.

Undefeated in their last seven Ligue 1 fixtures (W3, D4), Montpellier have gone from three consecutive league victories to three draws on the bounce, two of which yielded the same 1-1 scoreline. At home, ‘La Paillade’ have avoided defeat in their last three Ligue 1 matches (W2, D1) after losing seven of their previous nine in the competition (W1, D1). Michel Der Zakarian’s men will be confident of keeping their unbeaten run going here as they take on a side they have not lost to in any of their last four top-flight meetings (W3, D1), scoring precisely twice in each success. Winning the first half would be the way to go, as Montpellier have successfully negotiated 75% of the Ligue 1 games when doing so this season (GP:8 – W6, D2).

On the other hand, Bordeaux picked up a comfortable 3-1 triumph at Dijon last time out, putting an end to their dismal seven-game winless streak in Ligue 1 (D1, L6). A lack of firepower up front had seen ‘Les Girondins’ draw a blank four times during that seven-match sequence, scoring precisely once in the other three. Interestingly, a win against Dijon puts Bordeaux in a spot to claim back-to-back away Ligue 1 victories for the first time since October 2019. As ever, starting well will be a priority, as Jean-Louis Gasset’s won all four away league fixtures in which they were leading at half-time this season. On the flip side, however, they have ended up on the losing side in 87.5% of the Ligue 1 games in which they were trailing at the interval (GP:8 – D1, L7). 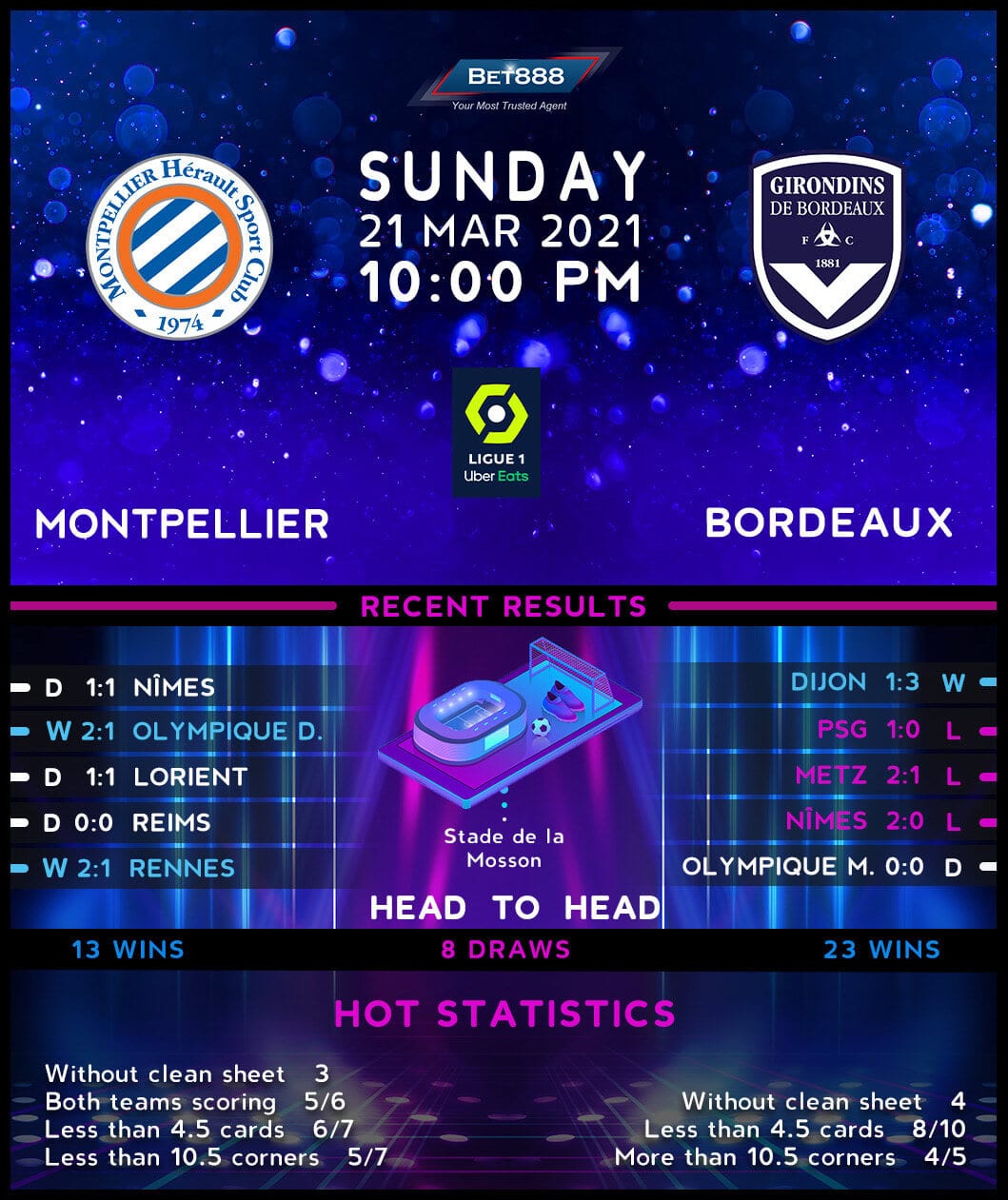