Montpellier and Lille go head-to-head at the Stade de la Mosson in an exciting Ligue 1 contest.

Montpellier have conceded over 1.5 goals in each of their last four Ligue 1 outings since beating Lorient 1-0 on Matchday 12, winning only once in this sequence (D1, L2). Curiously, though, the hosts head into this clash as the only French team yet to draw a home league match this season (W4, L4). It’s, however, worth noting that those four defeats have come in Montpellier’s last five home Ligue 1 games, with three seeing ‘La Paillade’ fail to get on the scoresheet. Going back to December 1991, 18 of their 19 top-flight H2Hs held at this stadium have seen one or both sides fail to score. Yet, the Stade de la Mosson has been a venue of entertainment this term, as six of Montpellier’s eight league fixtures held here have featured over 2.5 total goals.

In the meantime, Lille top the Ligue 1 table after avoiding defeat in all but one of their opening 16 league fixtures (W9, D6). ‘Les Dogues’ have gone unbeaten in six consecutive Ligue 1 matches (W4, D2) since succumbing to a 3-2 loss to Brest on Matchday 10, restricting their opponents to a maximum of one goal per game on each of those occasions. Indeed, Lille’s tally of ten league goals conceded is second to none, with Christophe Galtier’s side letting in a division-low four second-half goals so far. The ‘clean-sheet’ theme could be on the cards here, considering they have managed to shut out Montpellier in two of their last three top-flight meetings (W2, D1). 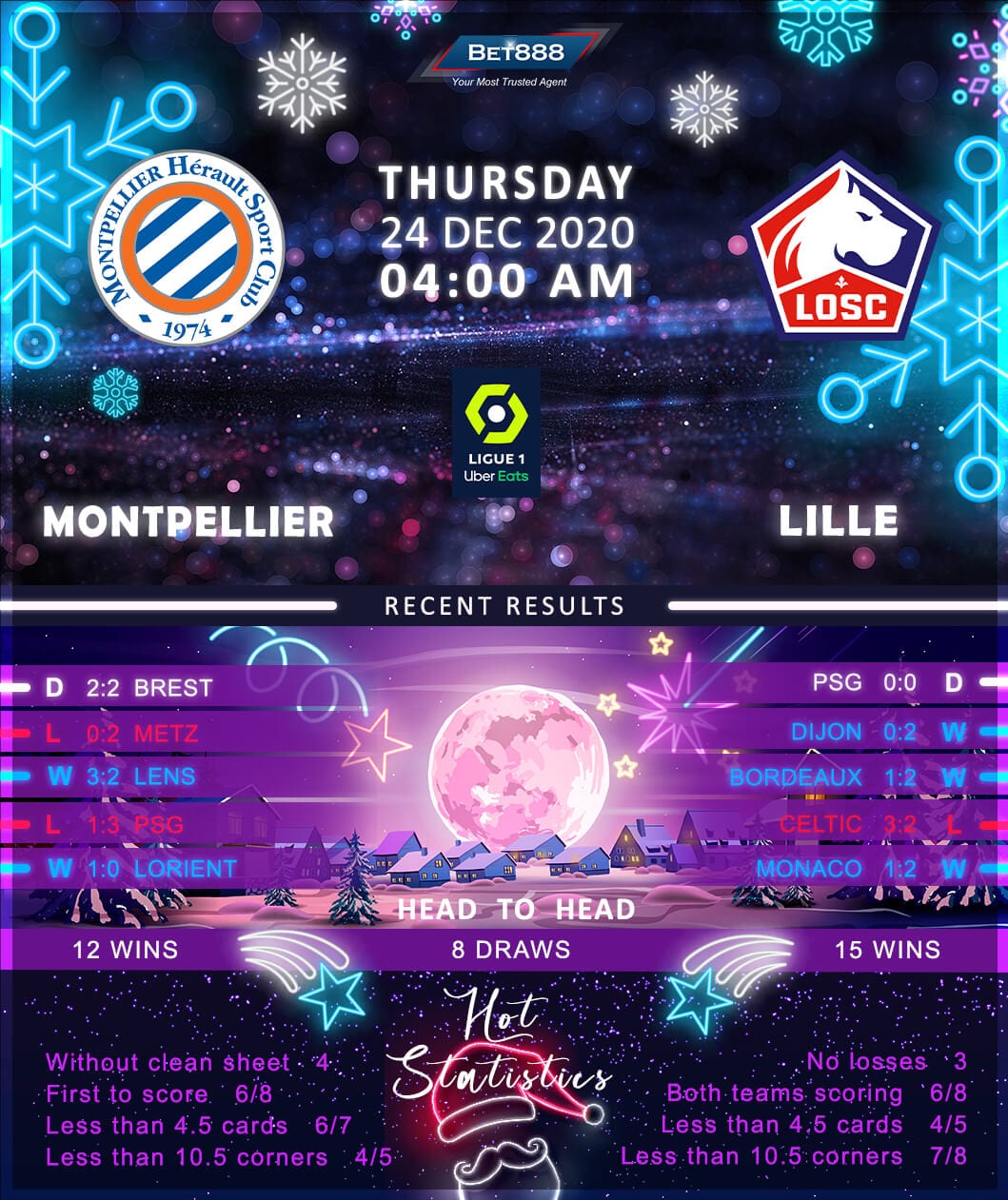