Out-of-sorts Montpellier take on a high-flying Monaco side at the Stade de la Mosson in an exciting Ligue 1 affair.

Montpellier are winless in five Ligue 1 fixtures on the bounce (D2, L3), having conceded over 1.5 goals per game on four occasions. Indeed, no team from the upper half of the table has let in more league goals than ‘La Paillade’ (32) this season, with 62.5% of those goals coming at home (20). In turn, Michel Der Zakarian’s men have failed to keep a clean sheet in any of their last five top-flight meetings with Monaco, though they’ve let in precisely one goal per match in four of them. If they fail to open the scoring here, things could get awkward for the home side, as they’ve lost seven of eight Ligue 1 contets in which they conceded first (D1). However, Montpellier tend to start their home league games cagey, conceding just once before the 15th minute across their opening ten home Ligue 1 outings.

On the other hand, Monaco have gone undefeated in four league games (W3, D1) since losing 3-0 to Lens on Matchday 15, scoring 2.75 goals on average per match in this run. Away from home, it’s been ‘all or nothing’ for ‘Les Monégasques’ in Ligue 1 this season (W4, L5), with seven of the nine away league fixtures won/lost thus far yielding a narrow one-goal margin, and 44.44% of them coming by the identical 2-1 scoreline. Curiously, Monaco’s away Ligue 1 games have overseen plenty of early action, as five of the nine have featured a goal inside the opening 15 minutes of play. Yet, Niko Kovac’s men have failed to outscore Montpellier in their last three top-flight meetings held at this venue (D2, L1), two of which saw over 3.5 goals and both teams on the scoresheet. 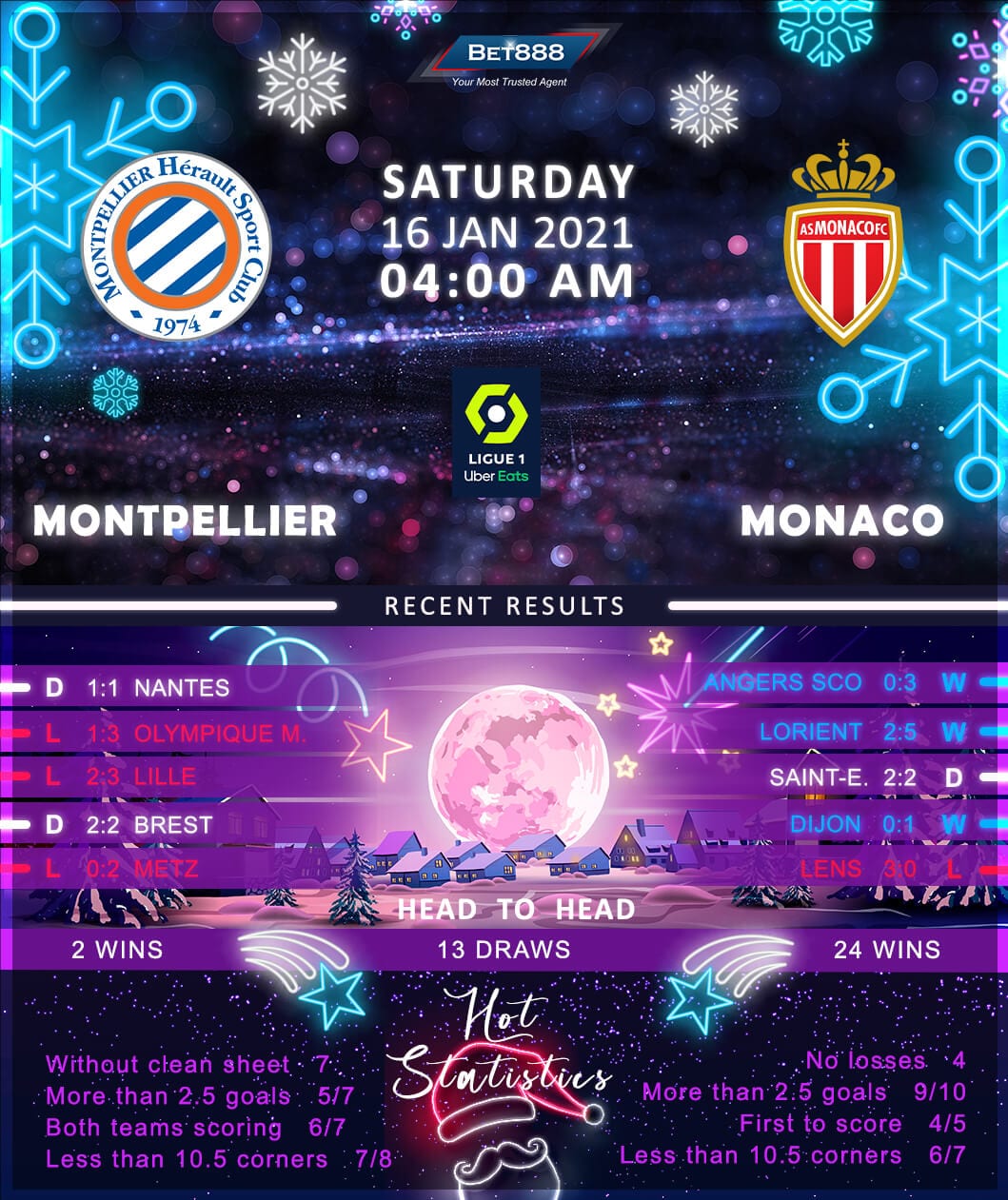