Nagoya eked out a narrow 1-0 away victory over Johor DT in their Group G curtain-raiser, stretching their unbeaten run in all competitions to three games (W2, D1). Defensively robust, the hosts have recorded five clean sheets in their previous six competitive games, including the last three in a row. However, they failed to live up to expectations in the attacking aspects, drawing a blank three times during that six-match sequence while scoring precisely once in two of the remaining three games. At home, none of Nagoya’s last eight competitive fixtures have ended in a draw (W4, L4) since a goalless stalemate with Tokyo in early April. Seven of the eight games won/lost in that spread of matches saw the winner on the day register a shutout.

Meanwhile, Pohan enjoyed a perfect start to their Group G campaign, claiming a comfortable 2-0 home win over Thai outfit Ratchaburi. The visitors head into proceedings on the back of a three-match winning streak in all competitions, returning a +5 goal difference from that sequence (GF:6, GA:1). In fact, they have fallen to a single loss in their last 12 outings across all competitions (W7, D4), with 71.43 of their triumphs in that period yielding a winning margin of a single goal. Worryingly, though, Kim Gi-dong’s men have failed to keep a clean sheet in five consecutive competitive road trips ahead of this clash, conceding precisely once per game on four occasions. Particularly vulnerable after half-time, they registered five of the seven goals conceded in that five-match period in the second half of play. 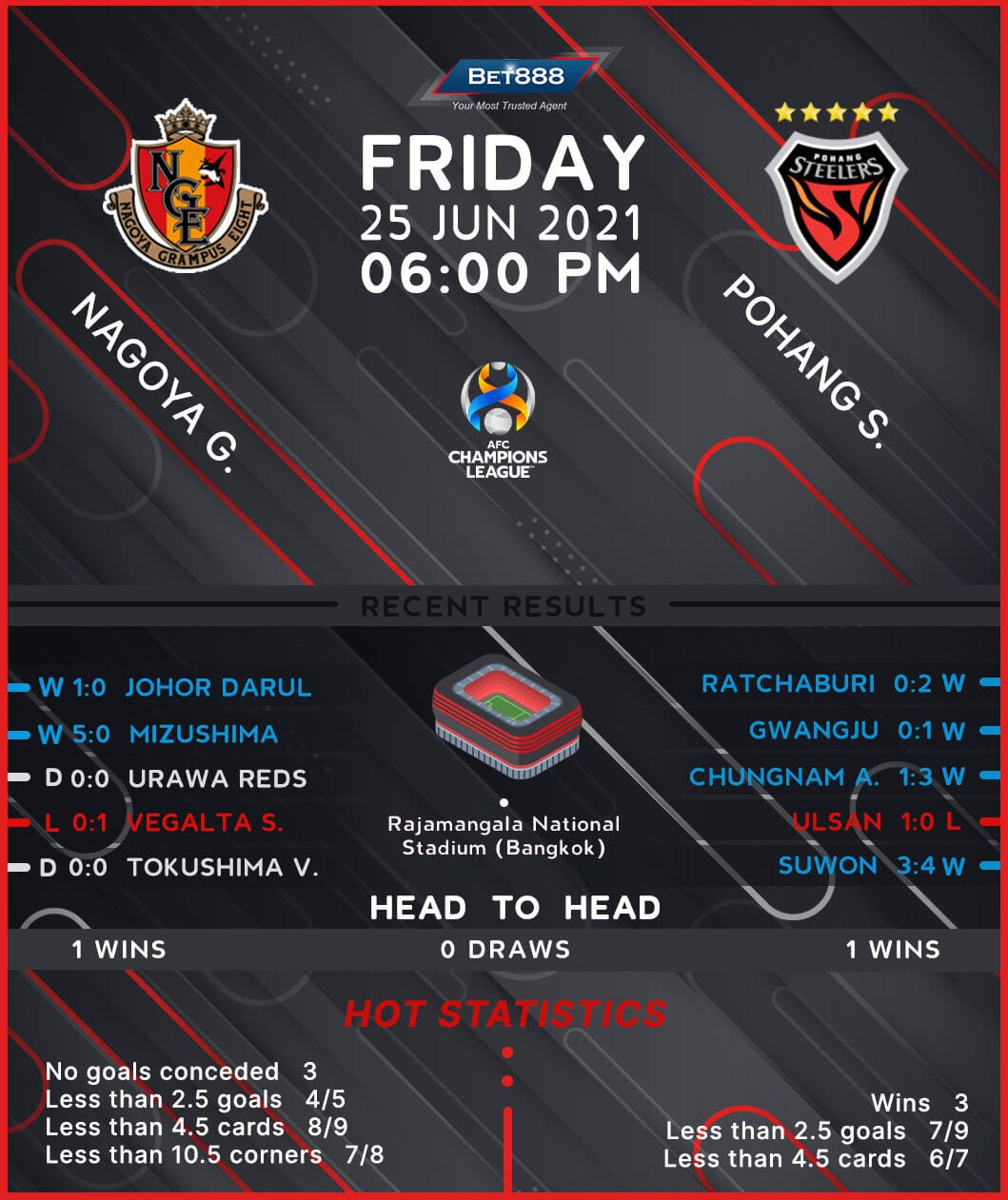