Nagoya Grampus will be looking to post back-to-back home J1 League triumphs over Vegalta Sendai for the first time since 2010 when the two sides meet at the Toyota Stadium this midweek.

A goalless away draw with Tokushima in their most recent league outing marked Nagoya’s first J1 League stalemate in ten matches (W5, L4), with each of the last four seeing one or both sides fail to get on the scoresheet. In fact, only three (16.67%) of Nagoya’s 18 J1 League games this season have seen both teams score, with just one such contest coming on home turf. Another similar scenario is well on the cards, given that each of their last three competitive home meetings with Sendai has seen the winner on the day keep a clean sheet (W2, L1). Low scoring has been a common theme in Nagoya’s home J1 League fixtures this season, with 66.67% of them featuring under 2.5 FT goals (6/9).

Meanwhile, Sendai eked out a tight 2-1 victory against Oita last time out to bring a three-match winless league streak to a halt (D1, L2). However, an utterly disappointing start to the season has seen Vegalta pick only ten out of the available 45 points as they come into this round sitting two points adrift of safety. Away from home, the visitors remain one of just two sides yet to secure a single triumph this season (D3, L6), returning a frustrating -12 goal difference from their nine road trips so far (GF:8, GA:20). Frustratingly slow starters, Makoto Teguramori’s men have conceded first in 77.78% of their away J1 League matches this term, though they have avoided defeat in three of seven such fixtures (D3, L4). 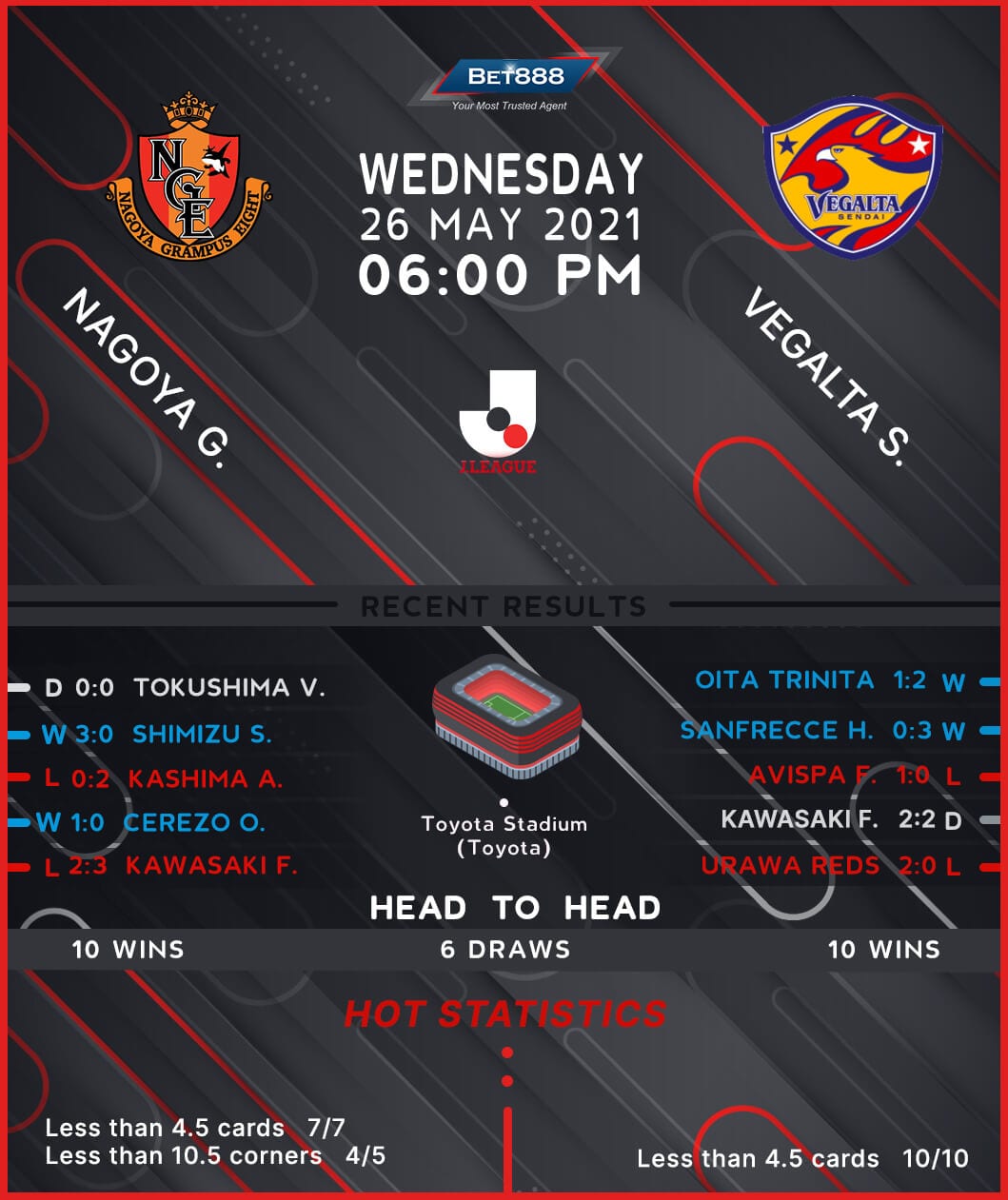