Stadio Diego Armando Maradona is the venue as Napoli and AC Milan go head-to-head in a mammoth, top-table Serie A six-pointer.

Fabian Ruiz’s last-gasp winner grabbed an all-important 2-1 win for Napoli away to Lazio last time out, ending his side’s run of back-to-back Serie A draws. Since falling to a shock 1-0 home defeat to Spezia in mid-December, ‘I Partenopei’ have gone unbeaten in their last eight Serie A games in a row (W5, D3), conceding under 1.5 goals on each occasion. Indeed, Luciano Spalletti’s men have won more points in the second half of the ongoing Serie A season (18) than any other side. That should boost Napoli’s confidence ahead of this clash as they look to avoid losing consecutive Serie A home meetings with Milan for the first time since 1981. The Naples outfit got away with a controversial 1-0 win in the reverse fixture at San Siro, marking their second H2H clean sheet in a row.

Meanwhile, Milan head into proceedings on the back of consecutive 1-1 draws with relegation-battling Udinese and Salernitana, denting their hopes of landing their first Scudetto since 2010/11. Despite scoring under 1.5 goals in three of their last five Serie A outings, ‘I Rossoneri’ went unbeaten in that sequence (W2, D3). Stefano Pioli’s men can draw further inspiration from their utterly impressive away form this season, having only lost once in their 13 Serie A road trips to date (W9, D3). Moreover, they have netted 2+ goals in ten of those 13 travels, with no team scoring more Serie A away goals than Milan (31) this season. Therefore, it comes as no surprise that they’ve gone unbeaten in three of four away league matches in which they conceded first this term (W1, D2, L1). 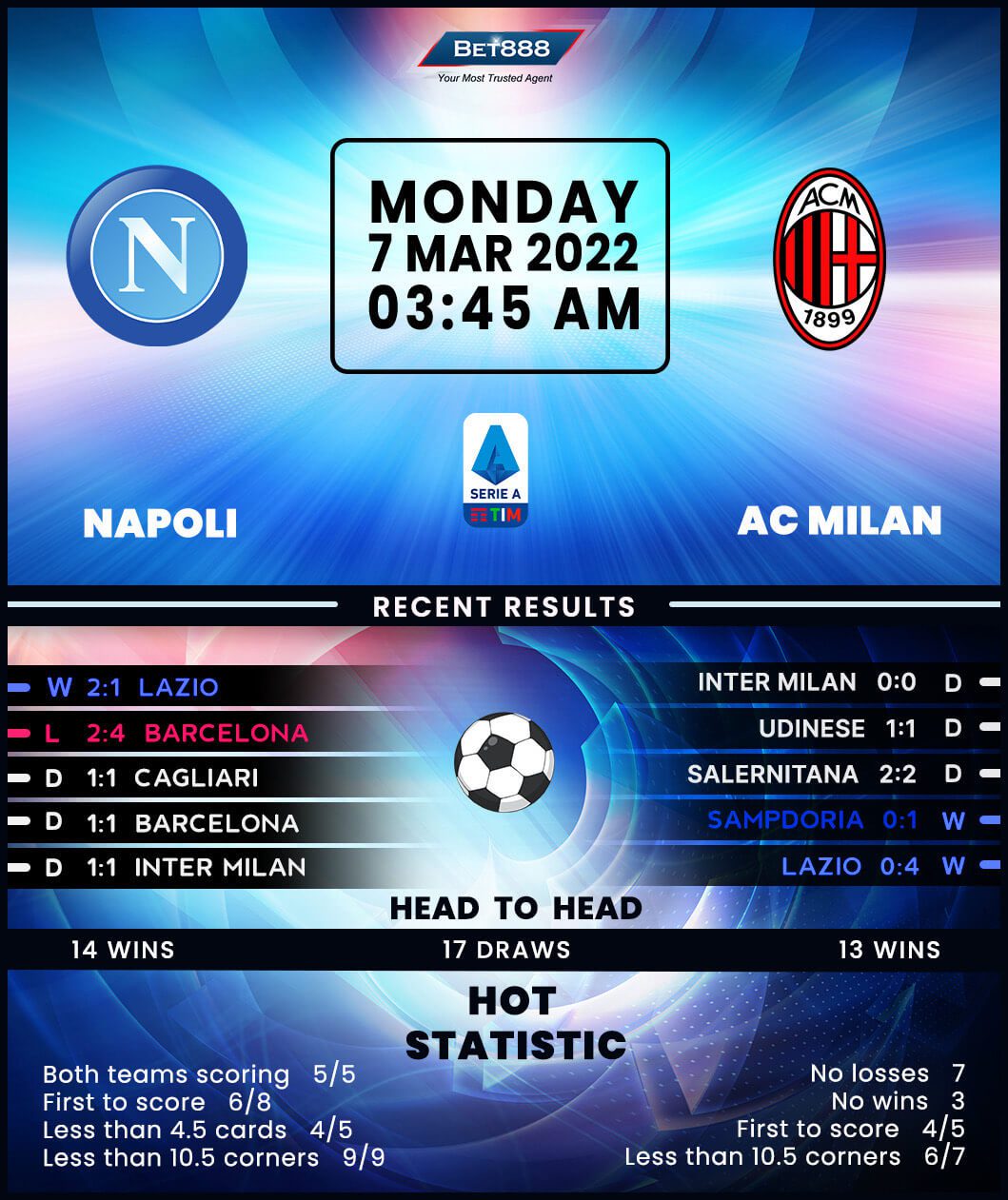