Napoli’s pursuit of the top-four finish in Serie A continues this weekend as they welcome mid-table Bologna to the Stadio Diego Armando Maradona.

Accruing a win, a draw, and a loss from their last three Serie A fixtures, Napoli have fallen five points behind fourth-placed Atalanta and can ill-afford to lose more ground on ‘La Dea.’ At home, though, ‘I Partenopei’ have racked up a four-game winning streak in Serie A since shocking losing to Spezia on Matchday 16, scoring 11 goals without reply across that spread of matches. Coming off the back of a 3-3 away draw with Sassuolo, Carlo Ancelotti’s men are favorites to pick up all three points against a Bologna side they have defeated in five of their last six top-flight H2Hs as hosts (L1). Interestingly, each of those six meetings has seen over 2.5 goals and both teams scoring, with Napoli bagging 3+ goals in each success.

Meanwhile, a disappointing 1-0 reverse away at Cagliari gave Bologna a first Serie A loss after four games (W2, D2), as they continue to hover in the bottom half of the table. A lack of confidence away from home has seen ‘I Veltri’ clinch just one victory in their last nine Serie A matches (D4, L4). Furthermore, Sinisa Mihajlovic’s men have drawn a blank in four of their previous six league trips, with three of their four goals scored in the remaining two coming before the 35-minute mark. Overall this season, only four (36.36%) of Bologna’s 11 Serie A away goals netted have come before the half-time break. Therefore, it comes as no surprise that the visitors have conceded the opening goal in a league-high ten road fixtures this term, going on to lose seven such contests (W1, D2). 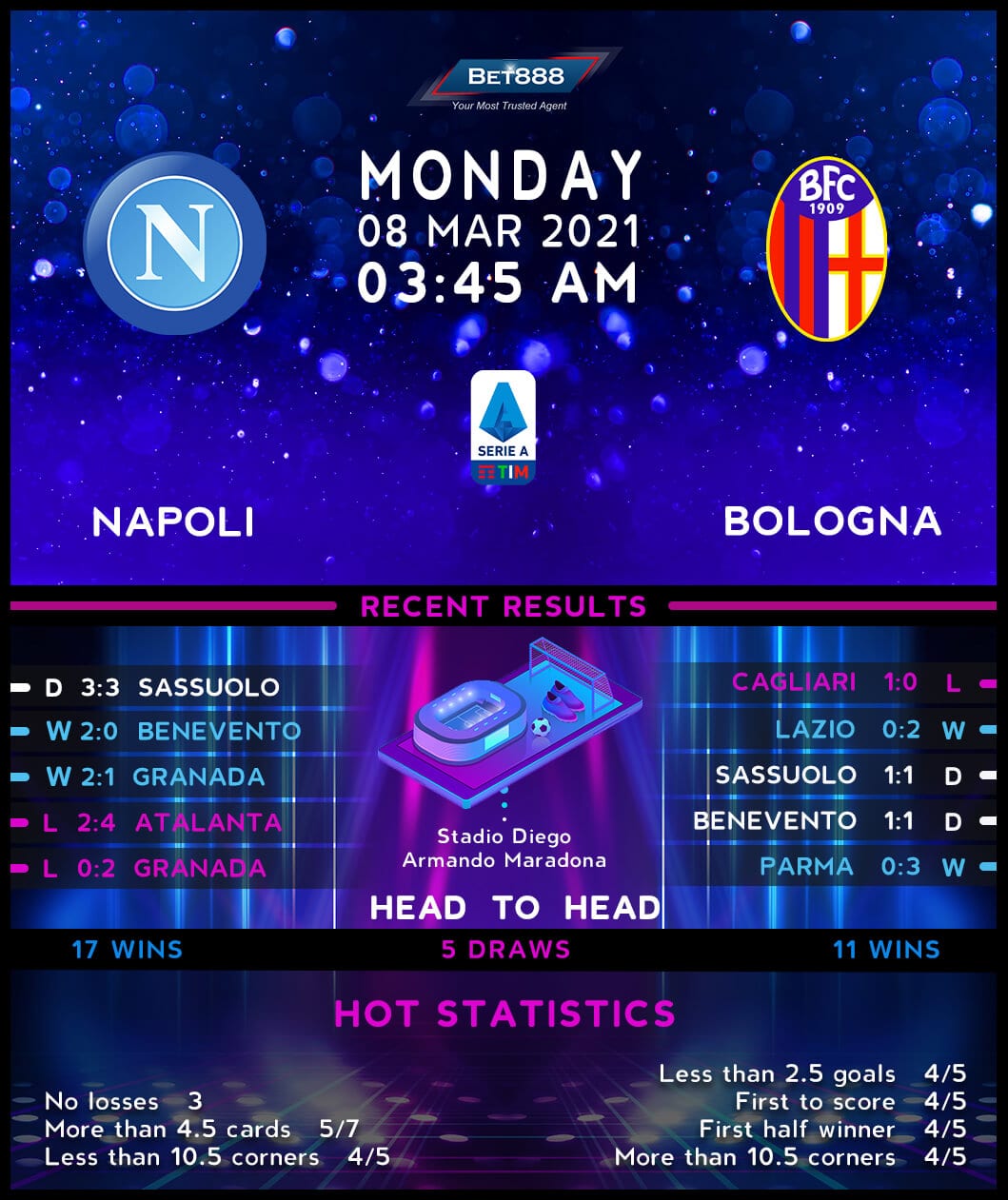