Stadio Diego Armando Maradona is the venue as Napoli and Fiorentina go head-to-head in an exciting Serie A showdown.

Napoli survived a late drama to edge past Empoli in the Coppa Italia midweek thanks to a 3-2 win. As a consequence, each of Napoli’s four competitive matches this calendar year has seen over 2.5 goals and both teams on the scoresheet (W3, L1), with the opener in three of them coming within 25 minutes of play. However, ‘I Partenopei’ have gone from two consecutive home Serie A victories to back-to-back league games without a win at the San Paolo (D1, L1). Additionally, they have accrued a win, a draw, and a loss in their last three top-flight meetings with Fiorentina here, drawing a blank on two occasions. Yet, Gennaro Gattuso’s men have been quite impressive in the final third this season, scoring a league second-high 18 goals inside the closing 30 minutes of play.

Meanwhile, five of Fiorentina’s last six away Serie A matches have seen one or both sides fail to find the back of the net (W1, D1, L4), with four of the five games won/lost in this period seeing the teams separated at FT by at least two goals. Interestingly, ‘La Viola’ outscored Napoli 2-0 when the two teams last met in Serie A in January 2020 and are now looking to beat ‘Gli Azzurri’ twice in a row for the first time since 1997. Conceding the opening goal could throw a spanner in the works, knowing that Cesare Prandelli’s men have lost all four away Serie A fixtures in which they let in the opener. Early action is well on the cards, though, as five (62.5%) of Fiorentina’s eight away league games this season have featured a goal inside the first 15 minutes. 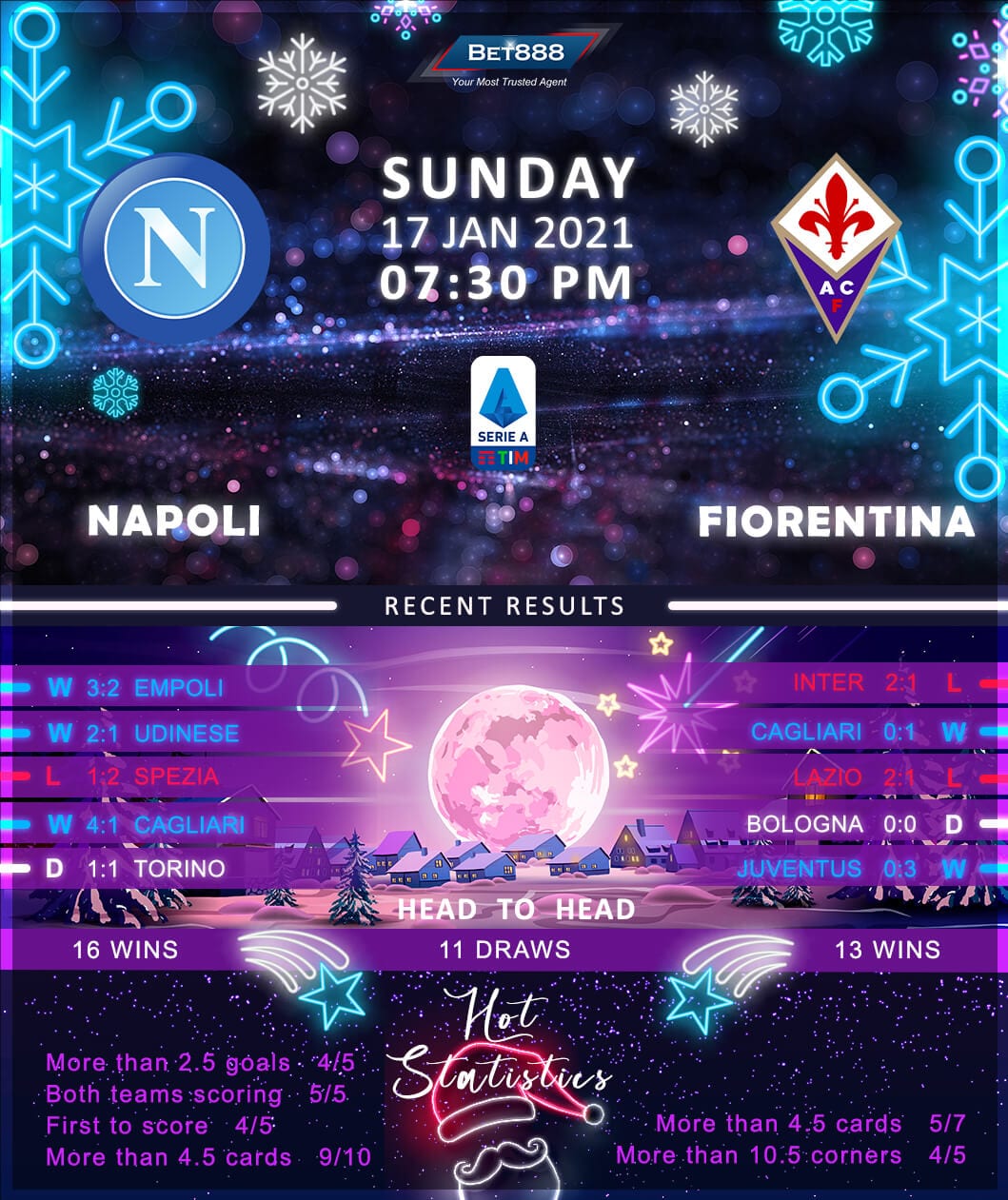